Musselburgh Racecourse is back in action on Friday November 19th with the launch of its nine meeting National Hunt season.

And students have the chance to put their books down and give the bookies a beating with a cut-price admission offer.

Any student producing official student ID will be admitted for only £2 (£1.50 if booked online) – a saving of £13.

Feature race on the seven card meeting is the two mile £10,000 The Saltire 2010 handicap, which flies the flag for East Lothian’s Saltire 2010 celebrations the following weekend. (Nov 26-28).

With more than £40,000 in prize money on offer the racecourse is hoping to pull in a decent crowd for its first jumps meeting of the new season.

Highlights of the jumps season include the New Year’s Day meeting on January 1 which will be televised by Channel 4 and includes a new £25,000 hurdle race and a £20,000 chase, the Scottish Triumph Hurdle Trial on January 26 and the well-established John Smith’s Scottish Cheltenham Trials day on Sunday February 2.

Musselburgh Racecourse general manager, Bill Farnsworth, said: “We got hit fairly hard with cancellations due to adverse weather last winter so we are hoping things work out better this season.

“We are racing on New Year’s Day and with two high quality races catching the eye of Channel 4 that meeting should prove a popular addition to our calendar while our John Smith’s Cheltenham Trials in February goes from strength to strength.

“Over the piece we think we have managed to put together a decent jumps programme at a time when the entire racing industry is facing worrying times due to a lack of funding.”

Gates open on Friday at 10.45am and the first race is off at 12.25pm. Online discounts are available for customers booking in advance 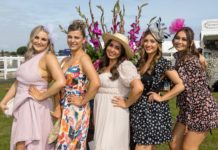 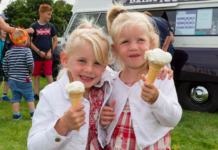