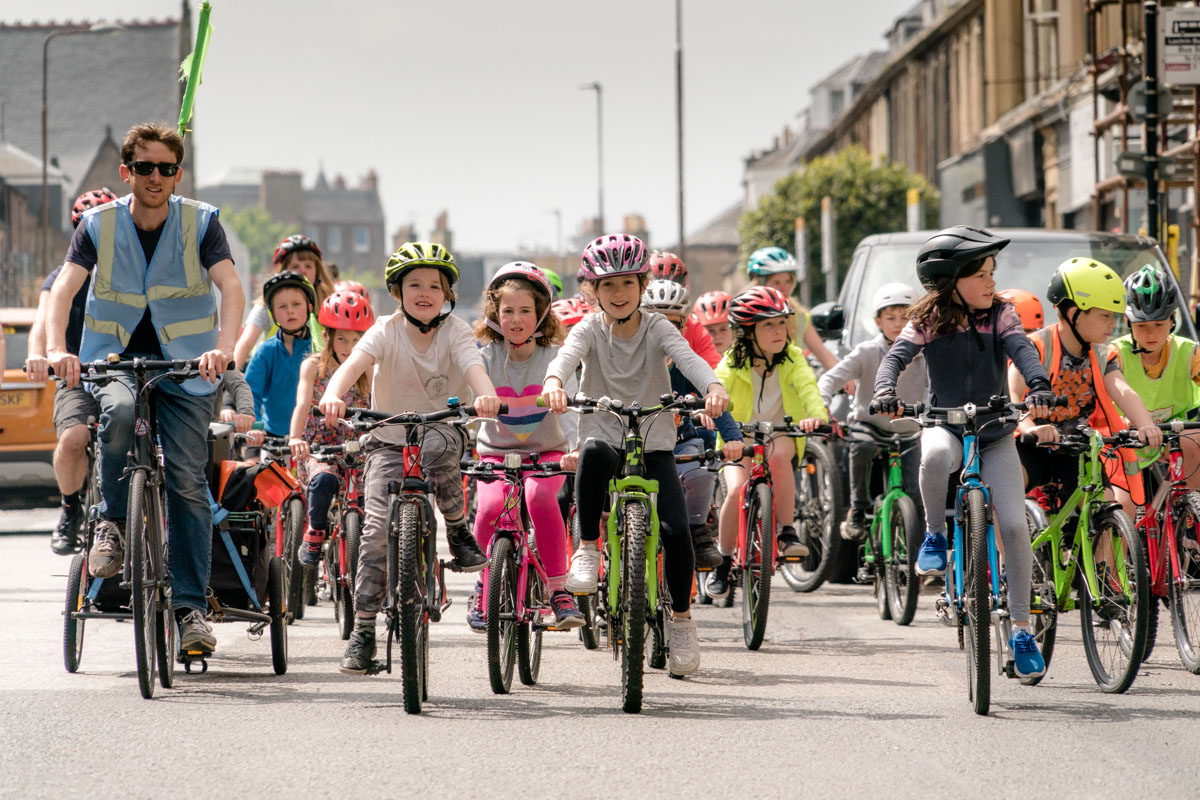 Kidical Mass is an event calling for better and safer infrastructure for children so that they can ride bikes more safely.

It is up to politicians to take action to improve the infrastructure on our roads and streets, so it was disappointing that only one elected member of The City of Edinburgh Council took part.

Bravo to Cllr David Key and his son who were both having fun and cycled as part of the group from Harrison Park to The Meadows.

Others were notable by their absence – but of course many candidates did attend the Pedal on Parliament ride ahead of the recent local elections.

The ride took place through the city’s streets today with children on balance bikes, others with stabilisers, some on scooters and others aboard bikes ridden by adults – in trailers, on seats behind and seats on crossbars.

There was loud music and a lot of ringing of bicycle bells to alert other road users to the approaching group of hundreds of cyclists of all ages. And there was a lot of chatter and laughter along the whole route.

A spokesperson for Blackford Safe Routes, which organised Kidical Mass Edinburgh along with Edinburgh Critical Mass, SW20 and Newington Safe Routes, said: “The vision is for children and young people to be able to safely and independently travel by bicycle wherever they live. Our motto is “Space for the next generation”. A child-friendly city is a city that is good for people of all ages. Kidical Mass gives young people a voice and a presence in the public realm. Our cities and streets belong to them too!”

Our video of the event will be on YouTube soon and there are more photographs for you to see on Facebook. Can you spot yourself? 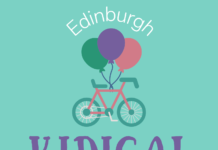