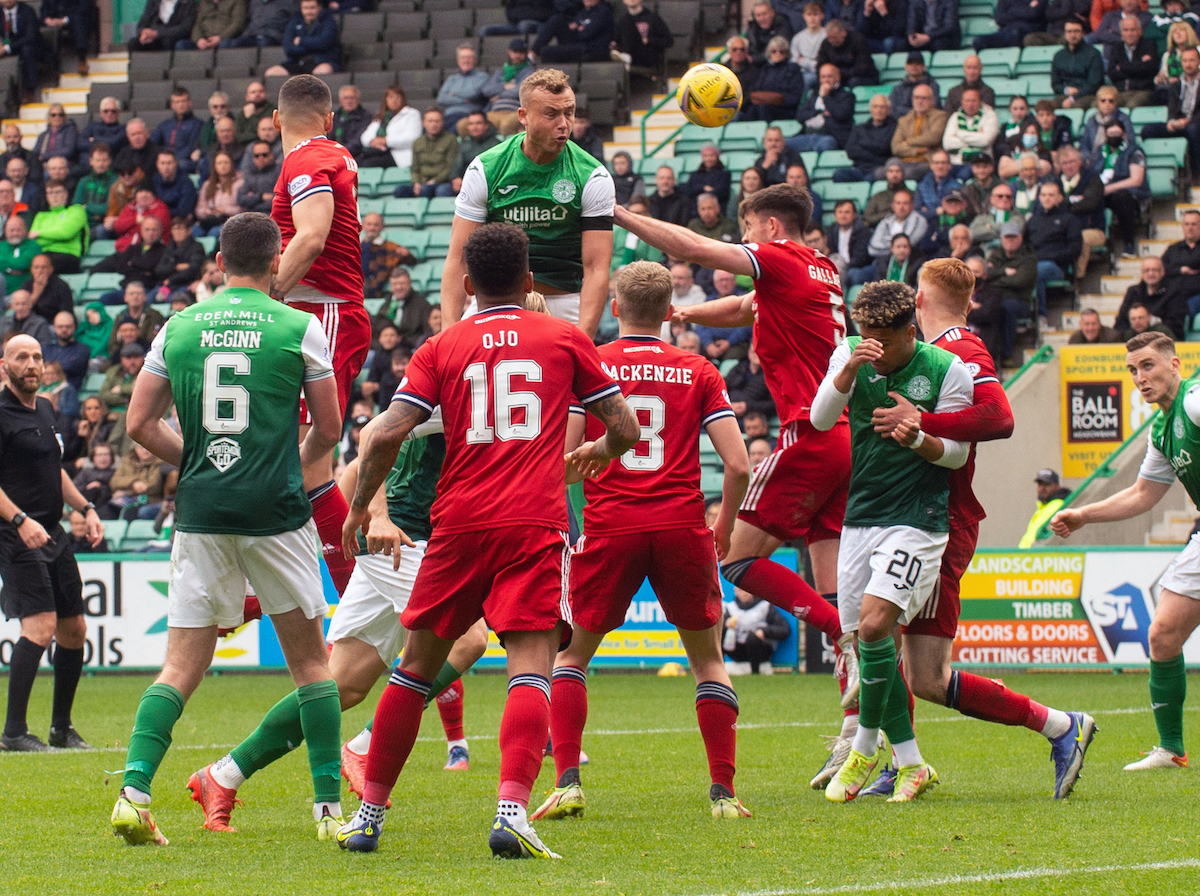 A draw was probably a fair result after 90-minutes in a meaningless bottom six game between Hibs and Aberdeen yesterday.

Neither club had anything to play for apart from pride and although the attendance was given as 14,509, that included many season ticket holders who didn’t turn up.

David Gray took charge for Hibs who are currently interviewing for his replacement and Paul Hanlon made his 500th appearance for the club.

Hibs had an early chance after Dons’ keeper Joe Lewis was penalised for picking up a passback and conceded an indirect free-kick. Ryan Porteous hammered the ball at goal from the edge of the six-yard box but the shot was blocked and the danger cleared.

Elias Melkersen then had a low shot tipped around the post but Aberdeen had chances and Paul Hanlon did well to block a volley rom Lewis Ferguson.

Joe Newell should have opened the scoring shortly after the restart but took too long to set himself up for the shot which was blocked.

Aberdeen took the lead moments later when Declan Gallagher nodded the ball down and Bates fired the ball into the net.

Harry Clarke had a goal-bound shot blocked, Hanlon headed over and Newell also missed a chance as Hibs fought for an equaliser.

Vicente Besuijen almost doubled Aberdeen’s advantage before Hibs equalised when substitute Sylvester Jasper’s cross was headed on by James Scott to Paul McGinn who fired the ball into the net from close range.

Hanlon was taken off in the dying minutes and received a deserved standing ovation.

After the game Gray told BBC Scotland:”Over the course of it I think we deserved the three points. We created a lot of chances which was great. I thought the players played well and Aberdeen defended for their lives at times.

“There was a lot of positives to take away from the game.”