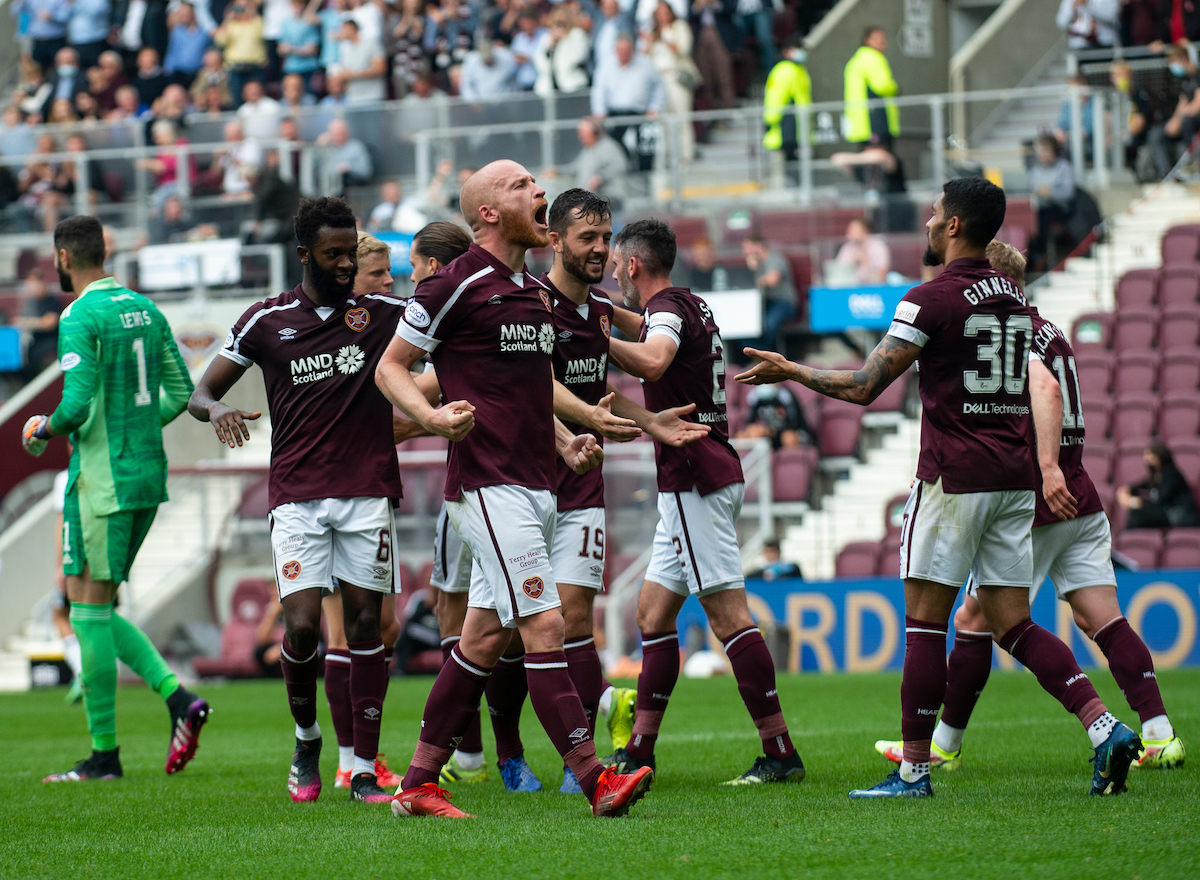 Hearts forward Liam Boyce gave the majority of supporters inside Tynecastle the fright of their lives on Saturday afternoon when just twelve minutes into the dead rubber match against Rangers he was forced off with a groin injury.

Manger Robbie Neilson’s plan to name a strong starting 11 in an attempt to end the season with a win in front of their home supporters that have backed the Jambos in great numbers all season backfired as Boyce immediately became a doubt for the Scottish Cup final against the same opponents as Hearts went on to lose the game 3-1.

Fortunately, the Northern Irishman’s injury was not as bad as first feared and after a couple of rest days, Boyce is planning to return to training on Thursday ahead of Saturday’s match at Hampden Park.

“Obviously what happened gave me a bit of a fright. It was sore and I did think ‘oh no’ but since then it’s been getting better and better so I’m a lot more positive now.

“When I went into the dressing room I was gutted. I just wanted to give myself a chance. By Saturday night I was walking a bit better. I had a massive strapping on it. I’m just buzzing that it wasn’t as bad as first thought.”

“It’s just a bit of tightness now. You don’t want to go into a game without training all week so it’s more a balancing act in terms of finding out what I can do as soon as possible and build it up so I’m ready to go.

“I want to play in every game. I’m obviously a bit older now. When I was a kid you want to play football every day. I still want to do that now.

“I love football so I’ll always want to play any time I can. When there’s such a big game coming up, you don’t want to risk it but if you are on a good run of form – or even if you’re not – you need to play.

‘There are no regrets that I played on Saturday. I wanted to play, and I did.”

Boyce acknowledged the strange position that Hearts found themselves in these last few weeks. With 3rd place in the cinch Premiership already secured, Hearts only won one of their five post-split matches and Boyce admits that it has been hard to focus on the remaining league matches when you have a crucial cup final in mind.

“I’ve experienced it a couple of times in my career,” said Boyce.

“In Ireland we won the league with five games to go and still had a cup final. Everyone says to the press ‘we want to win every game’ and you do. But it does drop off a bit.

“Even subconsciously you are thinking about the final as you don’t want to get hurt or risk anything.

“It does do that to you. But now we’re at the crunch end of it. This is what it was all for. We’ve got those five games out of the way now and we just need to be ready to go.”