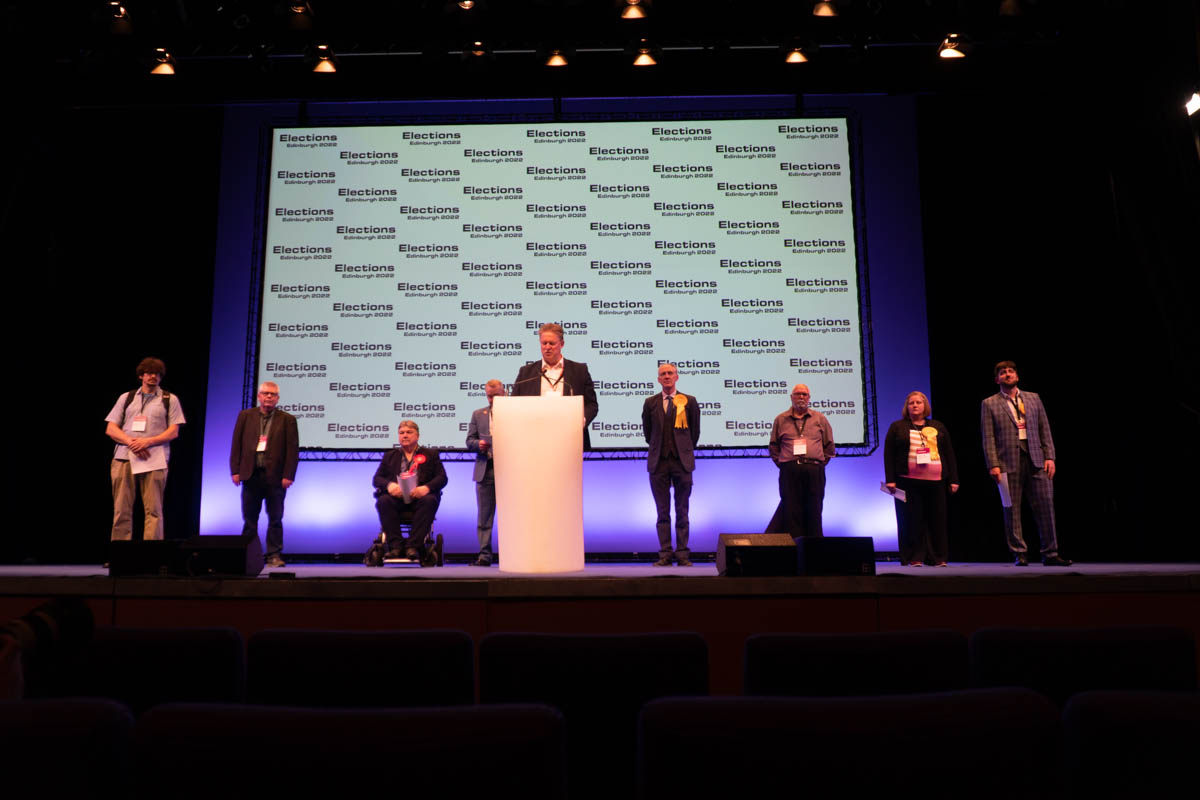 In Almond Ward there are four new councillors – three of them have been re-elected and there is a new face at the City Chambers.

With two Liberal Democrats elected here in 2017 the party decided to flood the ward and put forward a third candidate, Lewis Younie. It was in West Edinburgh that most of the Liberal Democrat gains were made – and all of these results came early on to much whooping from the many LibDems in the EICC including the Scottish leader, Alex Cole Hamilton.

READ FULL ANALYSIS OF RESULTS AT FOOT OF ARTICLE

These are the nine candidates who stood in Almond Ward.

In 2017 the candidates who were elected included: