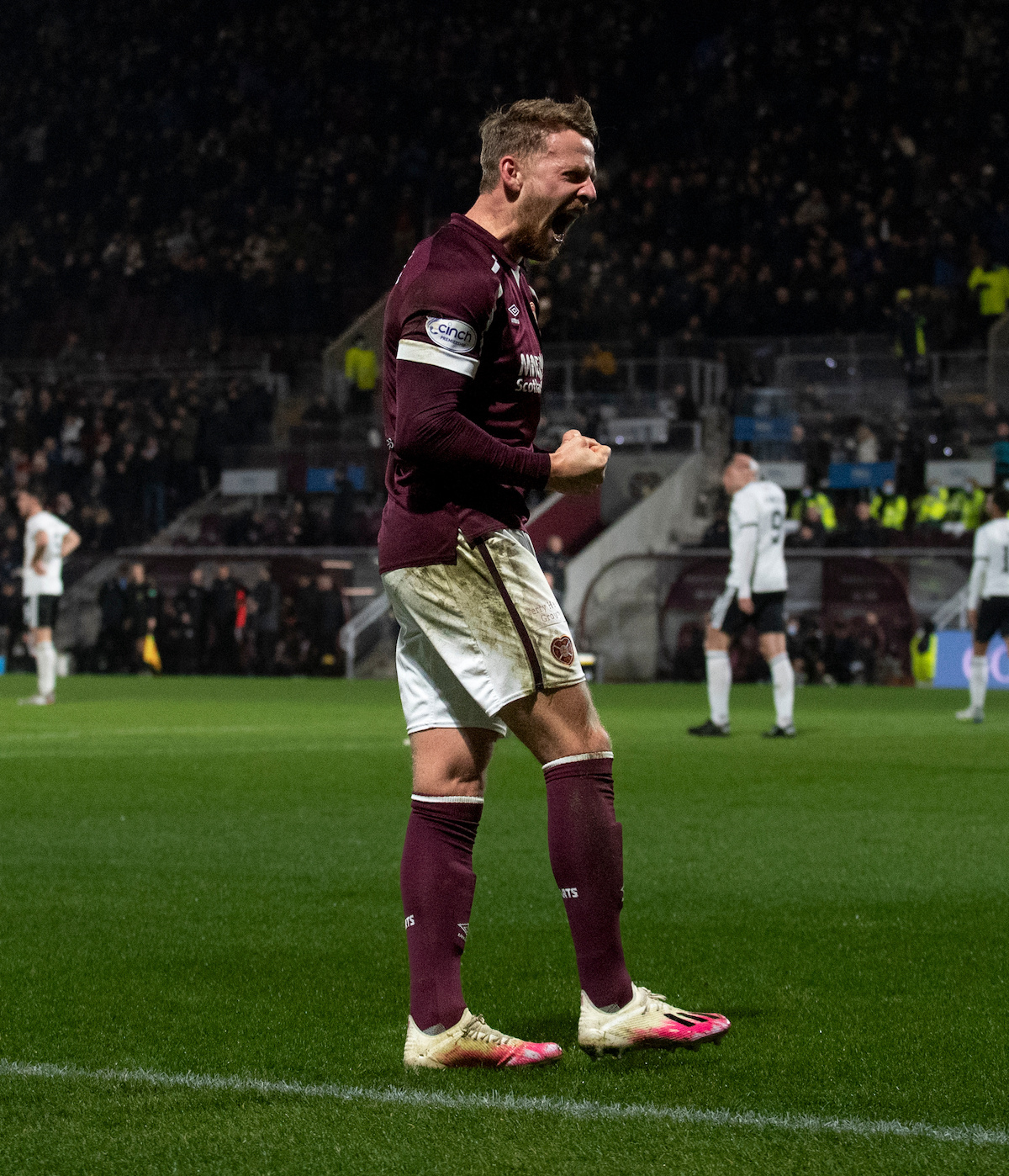 Hearts laid down a massive maroon marker in the first game of this week’s two Edinburgh derbies, but defender Stephen Kingsley, whose goal just two minutes into the second half put the men in maroon in front, insists it is only ‘half time’.

The Jambos were slow out of the blocks at Tynecastle for the first 3 o’clock Edinburgh league derby in 16 years, but after falling behind to an early Drey Wright goal, they grew into the game.

Andy Halliday’s equaliser in first half stoppage time set the tone for a one-sided second half as Hearts went on to win the game by a 3-1 scoreline.

“Obviously we started very shaky. The first five minutes I thought we were caught on our heels a wee bit.

“It was a massive game for Hibs, but then we woke up, got ourselves going and got the equaliser at a really good time. That really took the wind out of their sails and then again right at the beginning of the second half.

“Leading up to the game, obviously we were focussing on this game, but it was a two-game grouping, so this is half time for us. We’re now looking forward to next week and continuing the job that we started today.”

It’s hard to believe that just over 12 months ago Hearts were knocked out of the Scottish Cup by Highland League side, Brora Rangers in one of the biggest shocks the competition has produced, but on Saturday they will enter the semi-final as heavy favourites to progress.

That is testament to the summer recruitment headed by sporting director, Joe Savage, as well as Robbie Neilson and his coaching staff, but Kingsley explained that Hearts’ pre-season goal was always to try and finish third and embark on a lengthy cup run.

“Our goal at the beginning of the season, was to do as well as we could in the league, finish third and have a cup run.

“We’ve now got a great opportunity next week to go and build on the performance from today and get into a final and you never know what happens in a final.

“We didn’t want to come up and consolidate Premiership football. That’s not what we wanted to do. We felt we had a team here that could go and achieve special things and thankfully, for the most part we’ve managed to do that this season, but it’s not finished yet.

“This is a massive week for us. Today was just the first part of it, so next week it goes again. We can try finish this season off really strong and then look forward to next season.”

On his goal, Kingsley added: “It’s brilliant. It’s something I’ve not done. I’ve played in a couple of the derbies now, but I’m just really happy to get the win. If I could score next week that would be even better, but as long as we win it doesn’t really bother me.”

On Saturday 16 April, Hearts and Hibs will square up at Hampden in the Scottish Cup semi-final.

The second Edinburgh derby of the week will kick-off at 12.15pm at Hampden and Hearts have been allocated a 50/50 ticket split with Hibs.