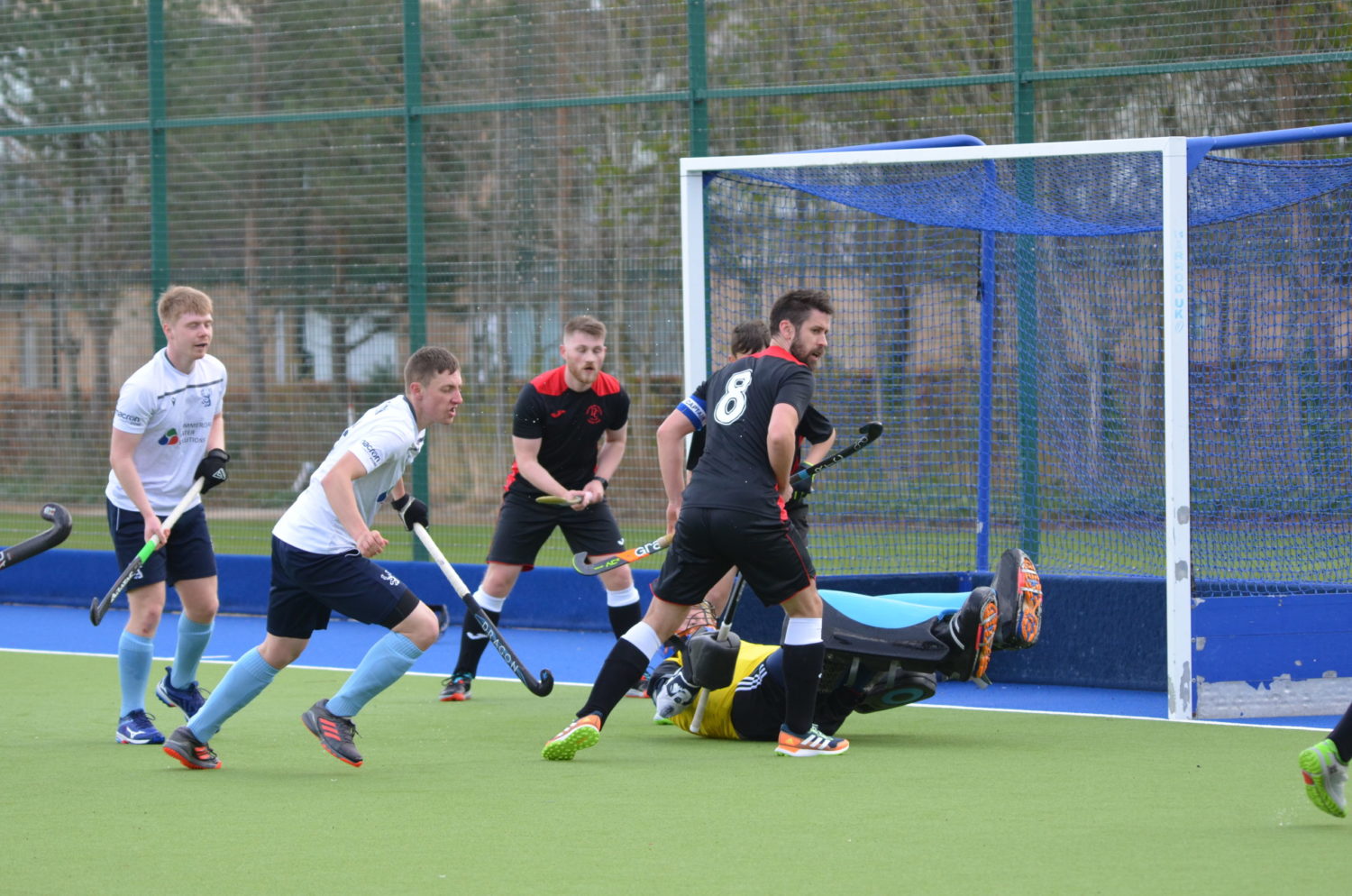 Their goal blitz started after only five minutes and, by the end of the first quarter, the Edinburgh side were 5-0 ahead having cut through the fragile Fife rearguard with consummate ease on a number of occasions.

The fast-flowing game was easy on the eye for the spectators but undoubtedly hard to take for the men from the Kingdom, but it was great to watch as the ball fizzed around the pitch.

Grange were undoubtedly in the mood with international players Gordon Amour, back from injury, and Duncan Riddell heavily involved in the plays.

It looked as if Carnegie were going to be hit by a cricket score but only two more goals came in the second quarter and none in the second-half. Grange failed to maintain their early tempo.

Dunfermline dug in and, to their credit, took the game to Grange, Andrew Boyle coolly slotting a penalty flick high into the net guarded by Scottish international goalkeeper, David Forrester, after pressure on the Grange defence.

However, Grange’s dazzling early play is worth recalling and the home side, who are second in the league table behind Western, were rewarded in five minutes when Fraser Heigh converted the first of his three goals, firing low into the net following a penalty corner award.

Mark Murphy added No 2 only two minutes later after a flowing move which started from Grange’s half and Charlie Jack fired low into the net for the third, also from a penalty corner, 60 seconds later.

Six minutes after that teenage prospect Murray Banks made it 4-0 after Carnegie turned the ball over in their defensive zone and the home side ruthlessly made them pay.

And High added his second on 16 minutes as the home side continued to press, slotting from the far post after a move down the left.

High they claimed his hat-trick by converting from a penalty corner after 19 minutes and Rory McCann added a magnificent seven seventh minutes after that when he prodded the ball home from close range after the Carnegie defence failed to clear.

The fans expected more but the players failed to deliver and, indeed, Carnegie signalled their intentions by testing Forrester in Grange’s goal early in the play.

Many sides would have buckled after the early onslaught, but Carnegie stuck to the task and were rewarded by a consolation strike but Martin Shepherdson, Grange’s team manager, was disappointed that his men did not continue with their early swashbuckling form.

The wide margin of victory, however, is a boost ahead of their EuroHockey ranking game in Spain next weekend when Belgian cracks, Waterloo Ducks, are their first opponents.

However, Western strengthened their grip on the men’s Premiership title race with a 6-3 victory at Glasgow rivals Clydesdale, but they had to come from 3-0 at the break to secure the victory and retain their 19-game unbeaten record.

Andrew McConnell, making a comeback from injury, scored four penalty corners and one penalty flick and Fraser Moran netted the other also from a penalty corner in a second-half blitz.

Captain Rob Harwood said: “We’re five points ahead with two games left in the season and we have a superior goal difference over Grange. We knew this was a game we had to win.

“However, we were 3-0 down, but we knew we were the better side if we got it together, and we did.”

Edinburgh University secured third place in the table with their 6-1 win at Peffermill over city rivals Watsonians, the goals coming from six different players including player/coach Hamish Imrie.

PICTURE: Goalmouth action from Fettes as Grange go on the attack by Nigel Duncan Media