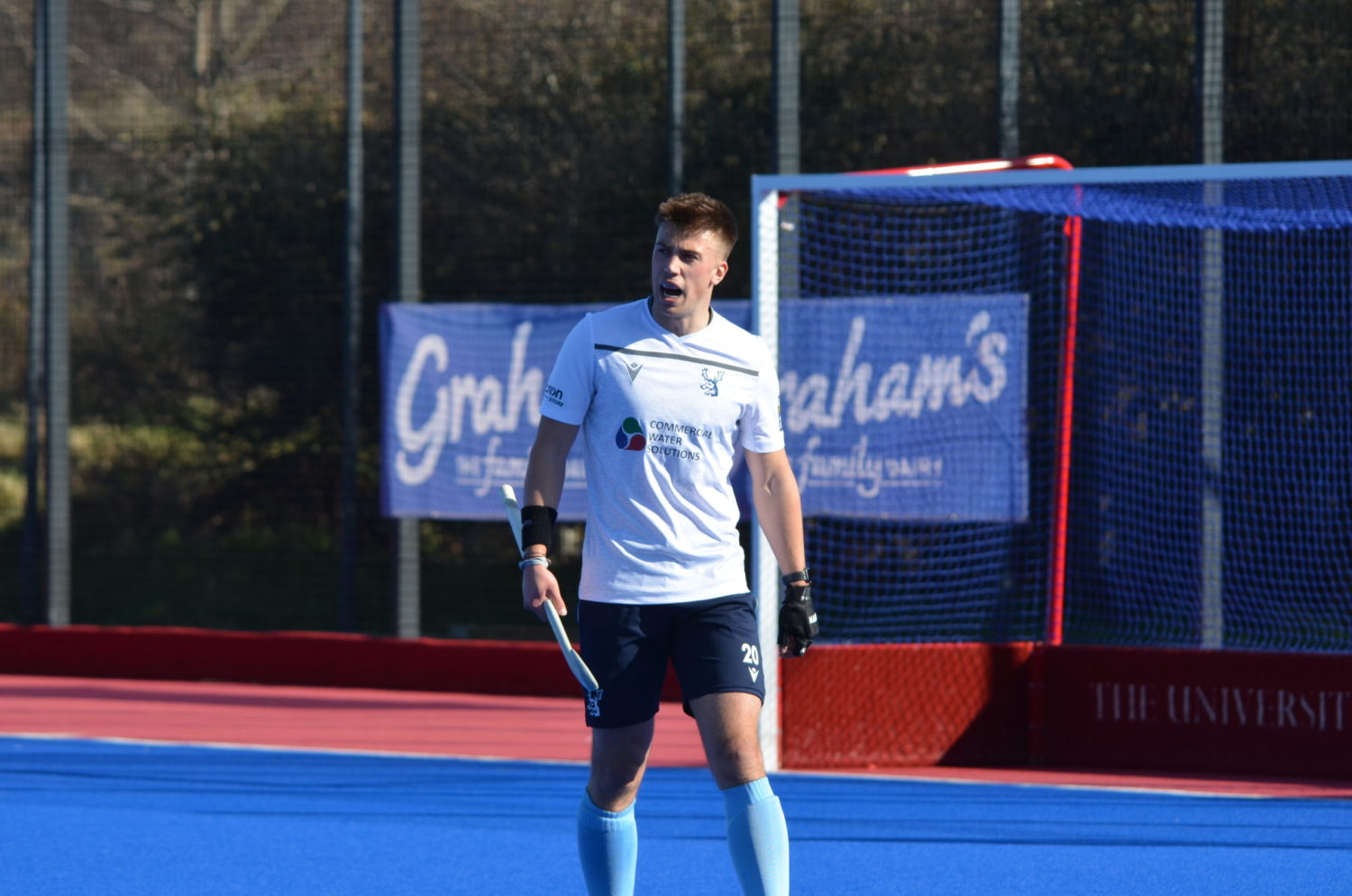 The victory extended their unbeaten run to 17 games but the pace-setting Auchenhowie combine were 2-1 down with the clock ticking away.

Fraser Moran netted with eight minutes remaining before Christie supplied the killer goal on an option slip from a penalty corner.

The students piled pressure on the leaders with four corners in the final minutes but Western held out much to the disappointment of the students’ player/coach Hamish Imrie.

He said: “We were brilliant, playing some great hockey, but we missed chances.”

Andrew McAllister opened the scoring from a penalty corner for Western before Keir Robb and Edinburgh skipper Robbie Croll from a corner fired the home side 2-1 ahead.

Sommerville, Western’s experienced goalkeeper, said the students are a really good side and added: “It was a hard, intense game.”

Free-scoring Fraser Heigh (pictured by Nigel Duncan) claimed a treble as second-placed Grange kept up their challenge for the title with a 6-0 result at Peffermill over Watsonians and they remain five points behind with five games left with Edinburgh University third on 28 points.

Rory McCann netted a double and Jacob Tweedie a single in the comfortable win.