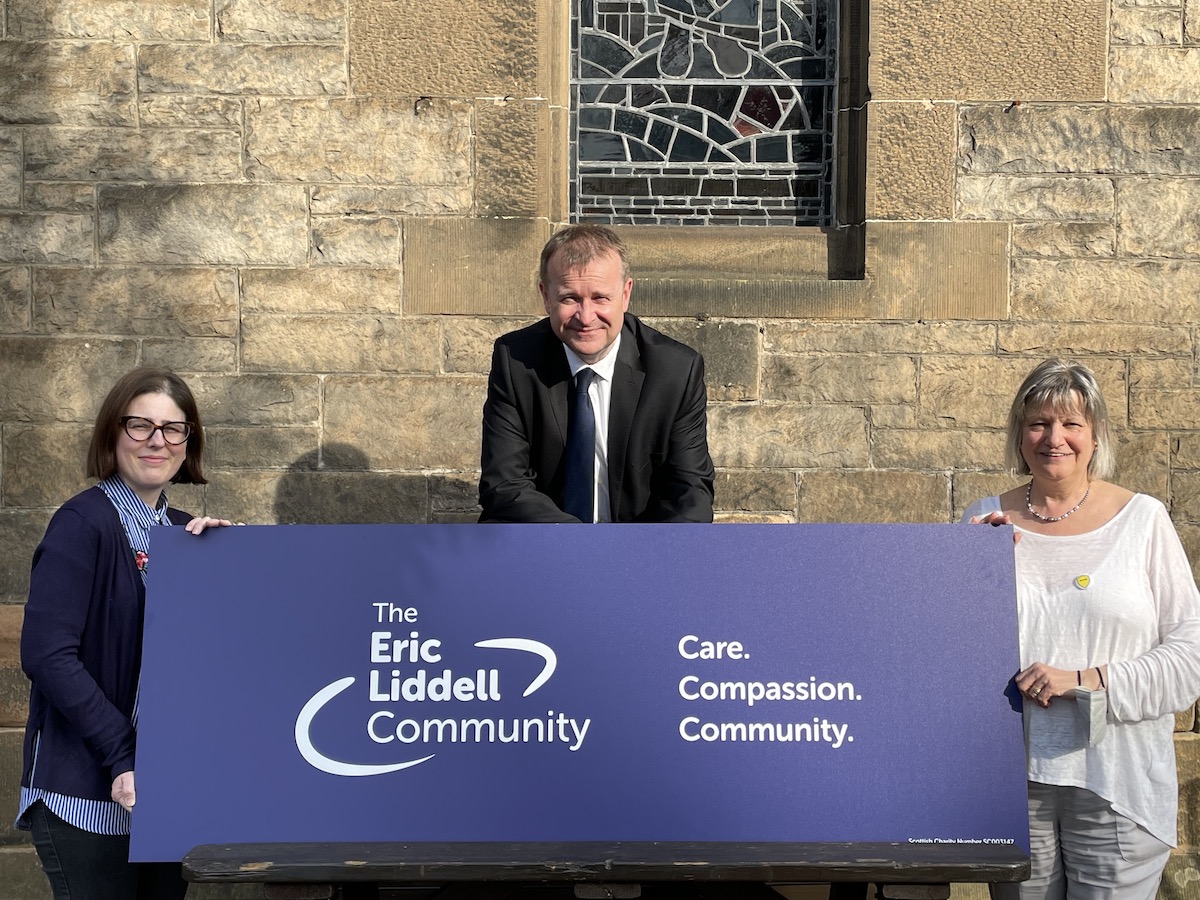 The Eric Liddell Centre the Edinburgh-based charity and community hub is changing its name on 1 April 2022.

The organisation will now be called the Eric Liddell Community, but the work it does as a specialist dementia day care provider, services helping carers and the wide range of activities which take place in their building at Holy Corner will not change.

The rebrand and name change is an ongoing tribute to Eric Liddell, an inspirational Scotsman whose short life is remembered and renowned nationally and internationally for his accomplishments in many different ways.

Eric is well known for his abilities as a sporting champion and was capped for the Scotland international rugby team seven times. He is one of a rare few who has had his “lost” international cap reissued and was inducted into the Scottish Rugby Hall of Fame in January 2022, on the centenary of his first international cap.

In 2002, when the first inductees were inducted into the Scottish Sports Hall of Fame, Eric topped the public vote for the most popular sporting hero Scotland had ever produced.

The champion sportsman is probably even better known for his gold medal win in the 440 yards at the 1924 Olympic Games in Paris.

He was immortalised in the film “Chariots of Fire” and celebrated in Scottish author and broadcaster Sally Magnusson’s book ‘The Flying Scotsman’ and a number of other books which have been written about his life.

John MacMillan, CEO of the Eric Liddell Community, said: “The former Eric Liddell Centre was set up in Edinburgh in 1980 to support the local community and vulnerable individuals. Soon after its establishment, Eric’s daughters gave permission to use their father’s name, to honour Eric’s belief in community service whilst he lived and studied in Edinburgh and dedicated it to inspiring, empowering, and supporting people of all ages, cultures and abilities.”

“Eric is remembered in many ways to different people – as a sportsman, a husband and father, a devout soul who lived his life according to his beliefs, a graduate of Edinburgh University and a missionary in China who refused to leave those he looked after during the Second World War. If he had lived longer than his forty-three years, who knows what more he could have achieved.

“The Eric Liddell Community reflects Eric’s values and principles to help and support those who need it and the people who look after them in a spirit of community, inclusivity, diversity and generosity. His legacy is strong and we are now connected to a number of international communities which celebrate Eric and we wanted to recognise and embrace their worldwide connectivity to our own community.

“It is in celebration of Eric’s centenary of winning his 440 yards gold medal at the Paris Olympics in 1924 that the Eric Liddell Community is planning a series of developments and events to commemorate Eric’s life and how he lived it, launching in the lead up to 2024 and with the intention of establishing a continuing and international celebration of his legacy thereafter.

“The change of name and the rebrand will be exciting and new but the caring services we provide will not be affected at all.”

Union Direct, part of the Union Group, undertook the creative work for the rebrand and worked closely with John and his team to achieve designs that are bright and colourful, whilst also being mindful that certain creative proposals and colours can be difficult for people living with dementia.

Gus Chalmers, Managing Director of Union Direct, said: “It has been a huge pleasure to create this new branding for John and his team at such an exciting time in their journey. Eric lived a life of enormous joy, compassion and, of course, sporting achievement and we hope the new look reflects these values and will help bring the Eric Liddell Community around the world together.”