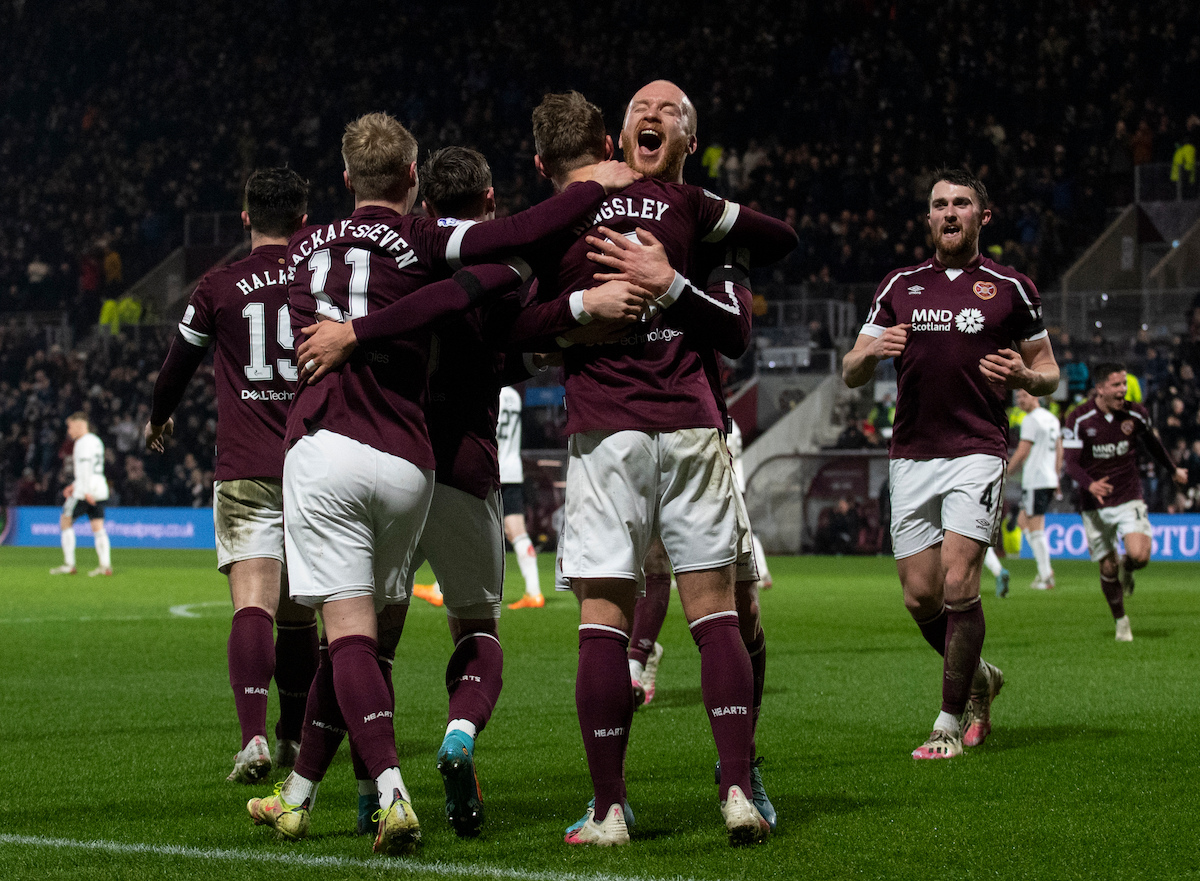 Twelve points clear in third spot with nine games remaining, Hearts are only a matter of weeks away from wrapping up a position they have shown to be more than worthy of this season.

The return of Craig Halkett coincides with a recent improvement in results and if Hearts can win at Tannadice on Saturday to make it three wins in seven days, that would be quite a statement to the rest of the league.

The rewards for finishing third this year are better than ever before, mainly down to Rangers and Celtic’s successes in Europe in recent times.

This will guarantee European football into the final weeks of 2022, which will be a boost financially, but can also be a massive incentive when trying to recruit talented players to Tynecastle.

One talented player who will be departing Hearts in the summer, having signed a pre-contract with Rangers is John Souttar. Playing alongside Craig Halkett and Stephen Kingsley, the group have been key to Hearts’ successes this season.

“He’s been great,” said Hearts boss Robbie Neilson, when asked about the importance of Halkett.

“Him and John Souttar together give you that platform to go and play. They are physical and strong in the air; they dominate the striker and are also very good on the ball. Having the two of them is great.”

“We brought in Toby Sibbick and know the development we will get to get him to that level. The plan was to get him in the January window and work with him until the summer. Then we will look to recruit then as well. John leaving gives us a massive hole we need to fill.”

The Hearts boss is looking to get third spot wrapped up as soon as possible and is fully aware of the impact that European football could have on potential signings.

“You want to get it done as soon as you can and there’s still a lot of work to do,” he said.

“We’ve got this game and then a cup game coming up, which is really, really important for us. If we can get a good result against United we can start focusing on that and try to get ourselves to a final.

“To be honest, it’s a big draw for people. If we can say to them they’ve got the opportunity to play at this level it’s big. First and foremost, we need to make sure we get there and once we get there it does help with recruitment.

“Whoever wins the cup gets direct access to the Europa League play-off and if you don’t win that you go straight into the Conference group stage.

“So, it’s worth a lot of money and it means we can re-invest it in the squad and hopefully give ourselves a chance to go and have another crack the next year to try to get into that top two.”

Neilson returns to his old stomping ground of Tannadice on Saturday and is expecting a tough match, despite Hearts coming out on top in the two previous meetings this season.

“There’s a number of them in there. It’s so tight and they’re all beating each other in that wee group. They’re all good teams. Rangers went to Tannadice a couple of weeks ago and came out with a point, so we know the level they’re at. On their day, they can cause teams problems. We need to make sure we put on our best game.

“Like anything at Hearts, if you win two games it’s about winning the next one. We had three tough games and big games, and we’ve managed to win two – but we need to win the third one or everyone reflects on that as a negative. So, we’ve still got a lot of work to do.”