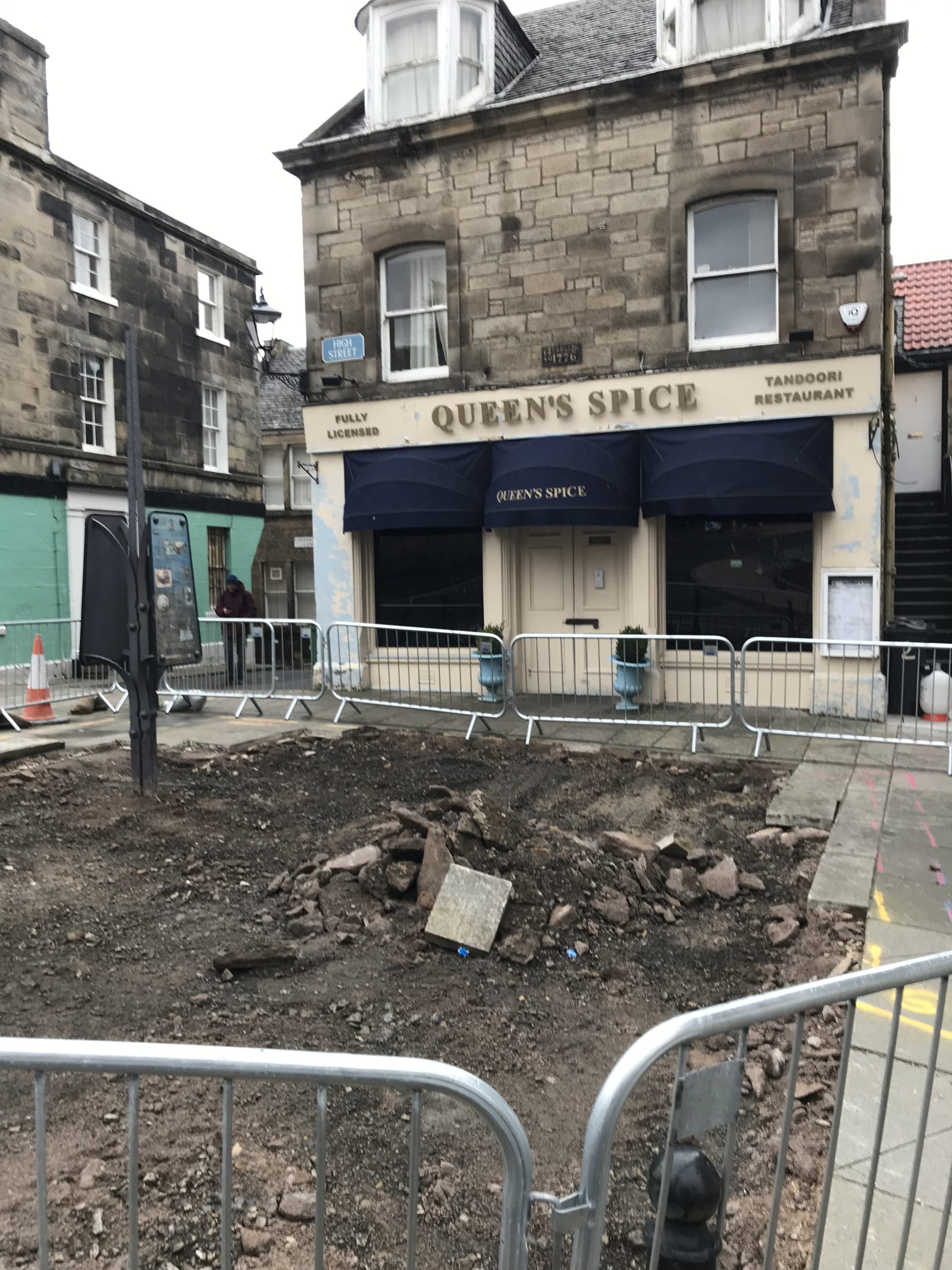 The works to install traffic lights at the foot of The Loan on the Ferry’s High Street began last October and will not be complete until April – almost seven months later.

The lights are being put up at the corner of The Loan and the High Street after the one-way system along the High Street was installed under Spaces for People measures, from the west end of the town towards Edinburgh. Most residents are happy with those changes, but some feel the scale of the works now amounts to overkill.

Chris Feltham runs Ferry Tasty, a sandwich and coffee takeaway which also supplies cycling essentials. “I appreciate the council has been trying to do this for years, but it does seem like a lot of work for something with a 30-year lifespan. No-one told me anything about it in advance, and it has affected us quite badly, with people not wanting to stop outside, locals avoiding the area and parking capacity used for the contractors.”

Mr Feltham did welcome the installing of a new pavement around the sharp bend at the foot of The Loan, although believes it remains to be seen how easy bus drivers will find the new narrower road.

But it is the removal of a large area of paving from the Queen’s Spice restaurant to the Priory Church which many have found un-necessary.

Jasmine Ghazanfar, owner of The Little Bakery, said: “The aesthetic shrubbery in front of Queen’s Spice restaurant will be more of an inconvenience to pedestrians on a busy corner which serves several local businesses. This project is overkill – wasting money on fancy paving while scrimping on essential services.”

Ms Ghazanfar added that there appeared no logical reason for installing several sets of traffic lights, which would lead to congestion where there was normally a steady flow of traffic.

The SNP councillor for the Almond Ward, Cllr Norman Work, whose party controls council roads policy in coalition with Labour, told us the refurbishment was long overdue, and defended the replacement of existing paving: “It’s important the work is done to a high standard. We should see any narrowing of the road as widening of the pavements instead.”

Cllr Work added that there had been three public consultations with businesses and residents both involved and represented on the steering group. But he accepted that the council could improve communication in future. Asked what he would campaign for ahead of council elections, Cllr Work said: “Better enforcement of speeding traffic and anti-social behaviour by some car drivers which has created a lot of complaints from residents.”

The Greens candidate for Almond, Andrew Brough, said: “As Greens don’t have a councillor for South Queensferry yet, we are unsighted on this issue. Once we have a councillor on the ground in the area we will be able to find out from council roads officers exactly why this project has gone ahead. What I can say is that when the budget is so stretched, it’s vital the council achieves value for money.”

Police and council roll out No Cold Calling Zone

The argument for trams in Edinburgh