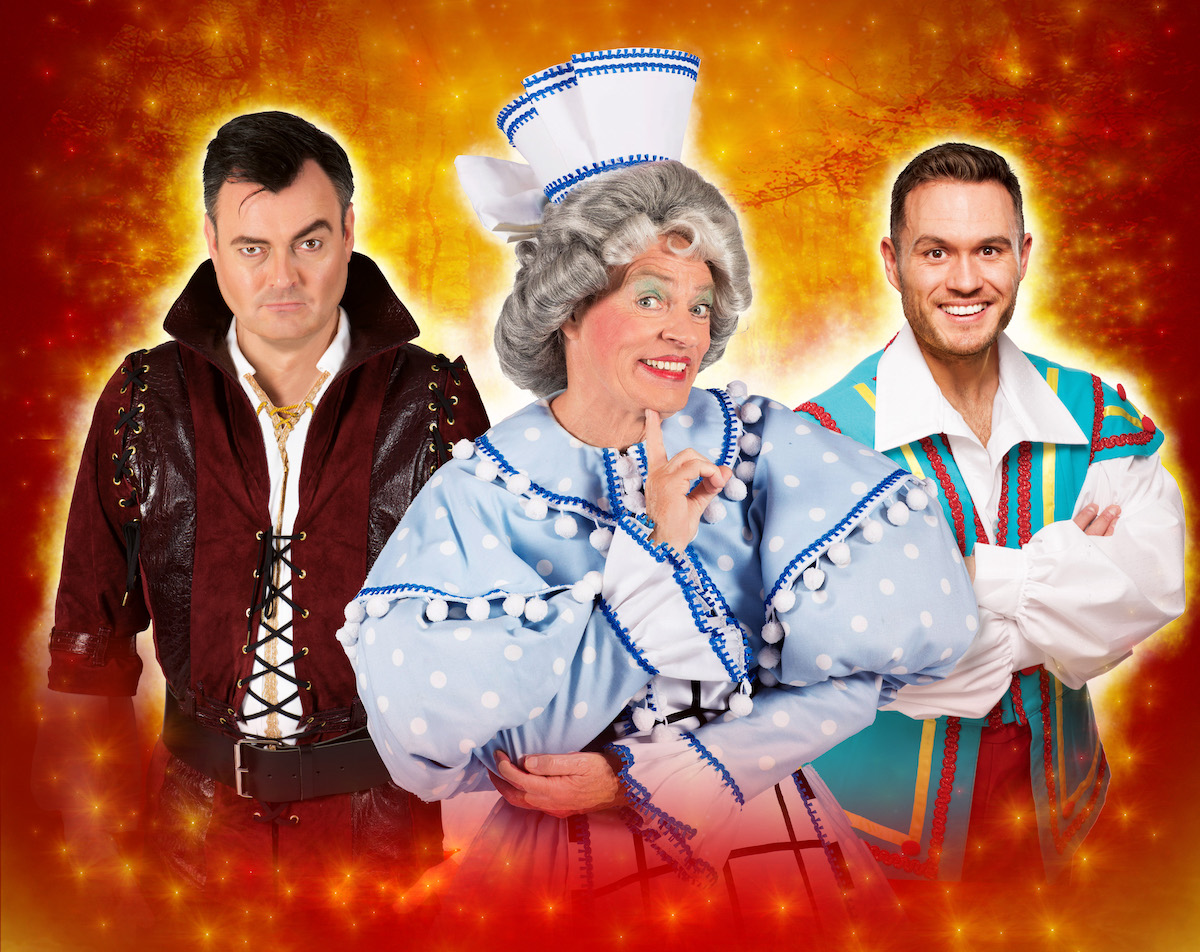 Oh yes it is! And in 2022 Allan Stewart, Grant Stott and Jordan Young will be back on stage in Snow White and the Seven Dwarfs. The panto will be at the Festival Theatre while the King’s is closed for refurbishment.

Allan will play ‘Nurse May’, Grant will play the ‘Henchman’ and Jordan will play ‘Muddles’. After delighting audiences for many years the team say they are overjoyed to return and thrill audiences once again.

Fiona Gibson, Chief Executive of Capital Theatres said: “We’re excited to be hosting Snow White and the Seven Dwarfs at the Festival Theatre while the panto’s usual beloved home, the King’s Theatre, undergoes its transformational redevelopment. The story promises some super-sized fun on the Festival’s larger stage and of course we’re delighted to welcome back Allan, Grant and Jordan – mainstays of our Capital Theatres family and firm audience favourites.”

Chief Executive of Crossroads Pantomimes, Michael Harrison said: “I am delighted the talented trio will be back in Edinburgh to perform in Snow White and the Seven Dwarfs next year. Every year they bring their wit, talent and charisma to the stage and it’s an absolute joy to work with them. I am already looking forward to this year and we will be announcing further casting in due course.”

Allan Stewart, has enjoyed an extensive career in stand-up, music and musical theatre for a number of decades. On stage Allan has appeared in numerous Royal Variety Performances and performed to critical acclaim in the Olivier Award winning musical Jolson the Musical. A mainstay of pantomime, Allan has appeared at the King’s Theatre in Edinburgh every year since 1998 and holds the venue’s record for playing Dame more times than any other actor.

Grant Stott is a BBC Radio Scotlandpresenter and panto veteranand this will mark his 28th pantomime, and the 22nd consecutive season for Capital Theatres. Grant can be heard on The Afternoon Show and Grant Stott’s Vinyl Collective (both BBC Radio Scotland) and is currently starring in BBC’s River City.

In Summer 2022 the King’s Theatre closes for a £25 million capital redevelopment to improve facilities both onstage and off, as well as preserving the heritage of the beautiful building and ensuring it’s a fitting venue for the panto for years to come. While the King’s undergoes this transformation the beloved panto will move to Capital Theatres’ other large venue, the Festival Theatre, where it will play for its Christmas 2022 and 2023 run, before returning to the new and improved King’s for the Christmas of 2024.