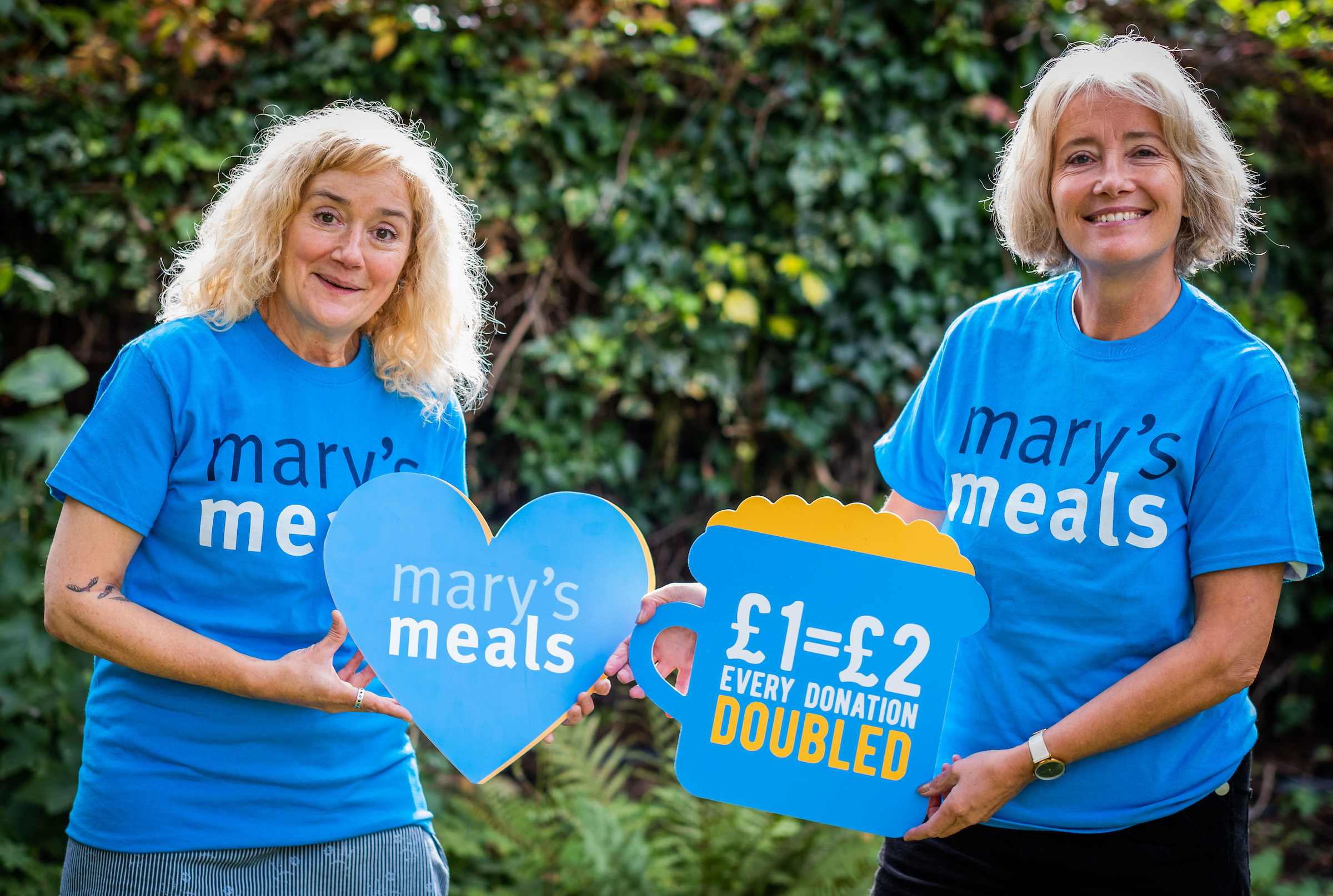 Actors, Emma and Sophie Thomson, are the faces of the Mary’s Meals campaign, Double The Love, and want to remind everyone it is running only to the end of this month.

Until 31 January any donations made to the campaign will be matched by a group of supporters up to £1.6 million. The charity provides two million children in 20 countries with lunch every school day. The idea is that with the promise of a meal the children are attracted to attend school which can be a ladder out of poverty.

We want to let your readers know that this is the last month for their donations to Mary’s Meals to be matched through the charity’s Double The Love campaign.

We have been enormously moved by the stories of the children who eat Mary’s Meals. Children like 11-year-old Failo, whose life is in some ways no different to that of children living here in West Lothian. He enjoys playing football with his friends and, in class, loves reading and writing best.

But his life can be very hard. He lives in a rural village in Zambia where there is no electricity, and his windowless home is made from mud bricks. Food is scarce and Failo relies on a serving of porridge from Mary’s Meals each morning in school – often his first meal of the day.

More than two million children in 20 countries eat Mary’s Meals every school day. The food attracts them into the classroom, where they receive an education that can, in the future, be their ladder out of poverty.

Until 31 January, donations made to this wonderful charity’s Double The Lovecampaign will be matched by a group of generous supporters, up to £1.6 million – meaning even more little ones will receive a nutritious meal at school. We hope your readers will visit marysmeals.org.uk/doublethelove to donate.