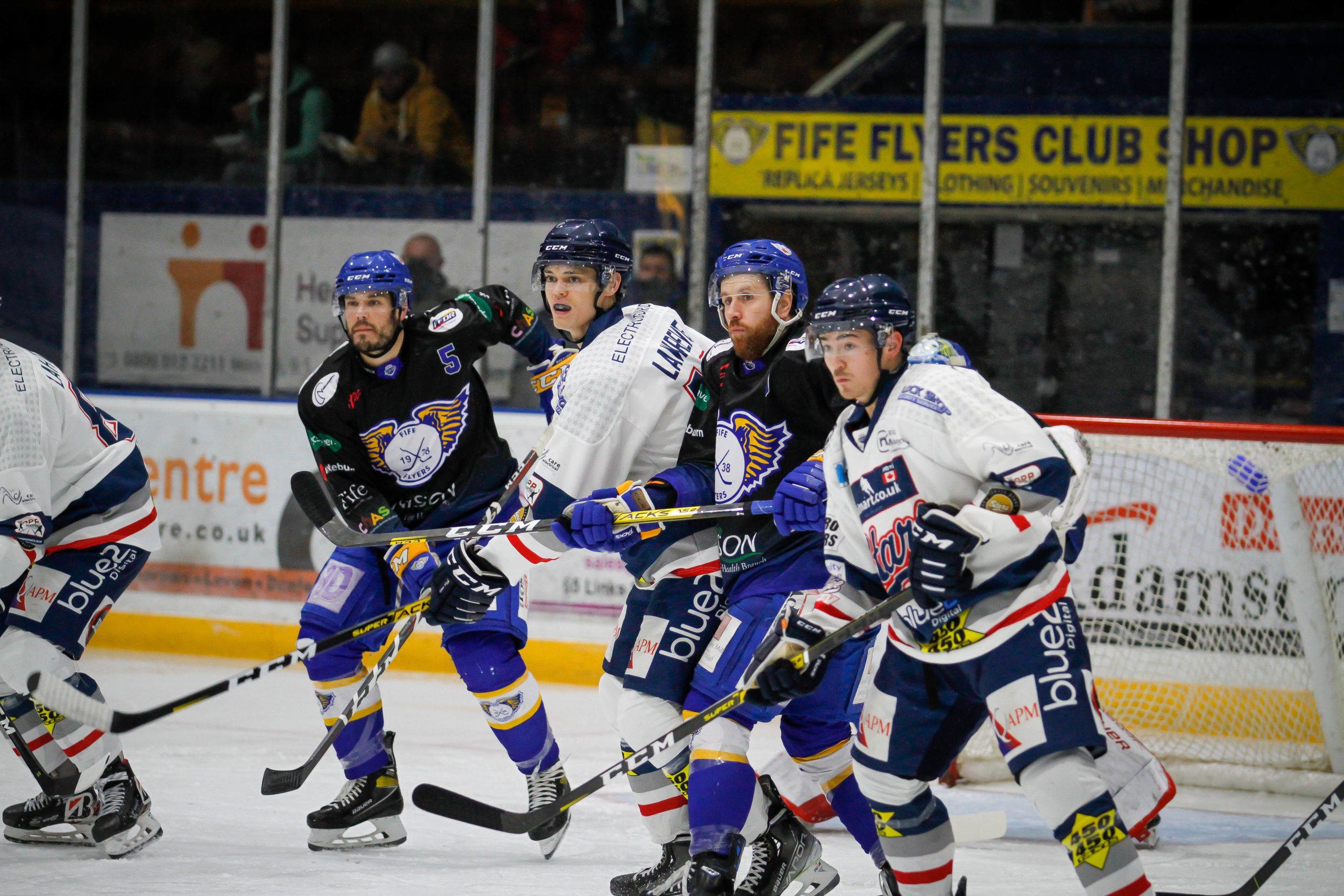 Fife Flyers remain rooted to the bottom of the ten-team Elite League despite a battling performance at new joint top Cardiff Devils.

The Kirkcaldy club kept the scoreline tight throughout this Premier Sports Elite League clash but Cardiff eventually earned their 16th win in regulation time while Fife skidded to their sixth straight defeat in all competitions.

It was Stephen Dixon’s strike early in the final session which separated the teams but Brandon Magee put the visitors ahead.

He was left unmarked near the net and converted in the 11th minute after being set-up by Craig Peacock and Carson Stadnyk.

Cardiff levelled through Dixon three minutes later on the power play and went 2-1 ahead 50 seconds after that when Jake Coughler converted with a clinical finish to continue his impressive start to life in a Devils uniform.

Bravely, Fife battled hard and levelled when a one-timer from Erik Naslund counted with assists from Magee and Tommi Jokinen for the only goal of the middle session.

But the home side went ahead for a second time when a turn over was picked up in the neutral zone and Dixon fired home after being set up by Justin Crandall. Time 44 minutes.

Devils move on to 39 points from 28 games, the same points as Sheffield Steelers but the men from The House of Steel have only played 23 fixtures.

The 26-year-old, Canada-born centre ice slotted 29 seconds into the extra session to get home fans off their feet as their heroes bounced back from a disappointing 5-3 home reverse to Scottish rivals Glasgow Clan on Saturday.

Earlier, the sides were locked at 2-2 after the opening session but Stars moved 4-2 ahead after the middle stanza before Panthers hit back with two goals in the third period to level at 4-4.

Looking at the basement area of the league table, Fife prop up the rest with 13 points and are now three adrift of second-bottom Glasgow Clan with Dundee Stars eighth on 17 points.