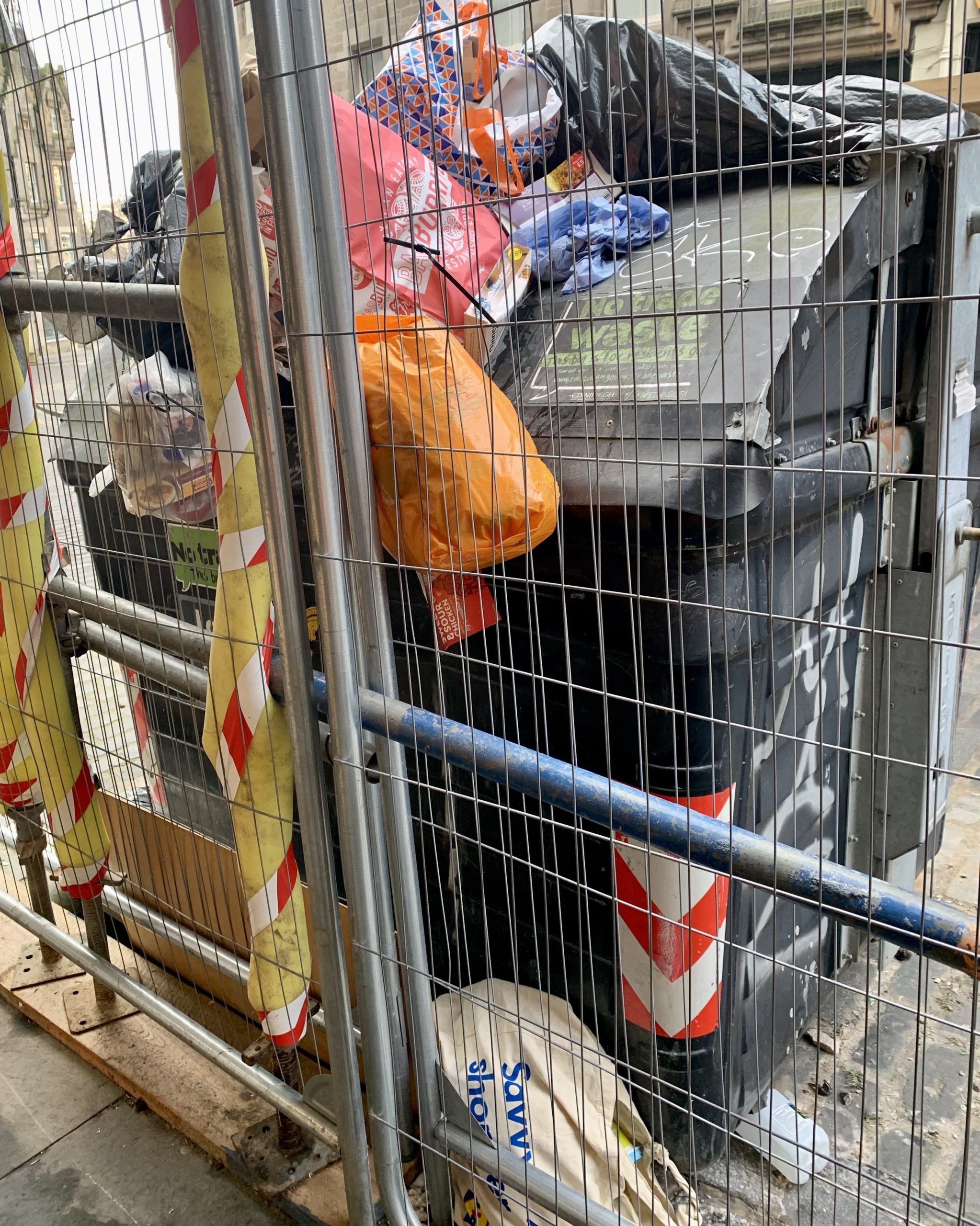 The number of complaints made to The City of Edinburgh Council about overflowing and uncollected bins rose by more than 70 per cent last year, new figures reveal.

A Freedom of Information Request (FOI) by the Local Democracy Reporting Service shows that a recorded drop in waste collection complaints across the city during the pandemic was not sustained as lockdown restrictions were lifted.

The local authority received a total of 843 reports regarding full bins and missed collections between January and December, up from 485 in 2020 — representing an increase of 73 per cent.

It means that last year, the council was notified more than twice a day about waste collection delays or rubbish spilling from bins onto the street.

However, there were still far fewer cases logged in 2021 than prior to the pandemic; the number of complaints received by the council over just one week in January 2019 topped 1550.

Among the worst areas in Edinburgh last year were Liberton/Gilmerton, Portobello/Craigmillar and Leith, where there were a combined 272 complaints regarding missed and full bins made.

In order, the most complained about wards in the capital can be revealed as:

The FOI shows the biggest increase in complaints between 2020 and 2021 was recorded in Southside/Newington, with 54 made last year up from just 13 the year previous.

Meanwhile, the only ward to experience a drop was Corstorphine/Murrayfield, where two fewer complaints were made last year than in 2020.

One City Centre resident, who asked not to be named, said the volume of uncollected rubbish on their street is becoming a “public health hazard”.

They added: “It’s been such a problem in this street as we have only three bins and they are not emptied frequently enough so they overflow and residents have to pile rubbish on the pavement. The gulls, foxes and rats tear them open.

“I reported this on Friday but on Saturday rubbish was still there. I reported overflowing bins yesterday but they were not emptied until today and are overflowing again.

“One of the bins can’t even be accessed so we are down to two. Ironically, the scaffolding on the back of the City Chambers makes that third bin inaccessible – but in any case, it’s full to overflowing.

“Our own bins are in a private bin store and we often find that collections are missed and bins from 55 flats are overflowing.”

The resident said vermin attracted by the excess waste is “dreadful”, adding that residents have taken out a contract with pest control services in a bid to stem the issue.

“When we went into lockdown in April 2020 the number of complaints across all of our service areas dropped drastically as people appreciated we were dealing with exceptional circumstances. I’m pleased to report that since 2019 the number of overflowing bins/missed collection complaints has remained low and have dropped by more than half.

“Our waste crews make around 26 million collections every year across a range of services, so it’s also worth noting that the number of complaints we receive is a tiny percentage of this.