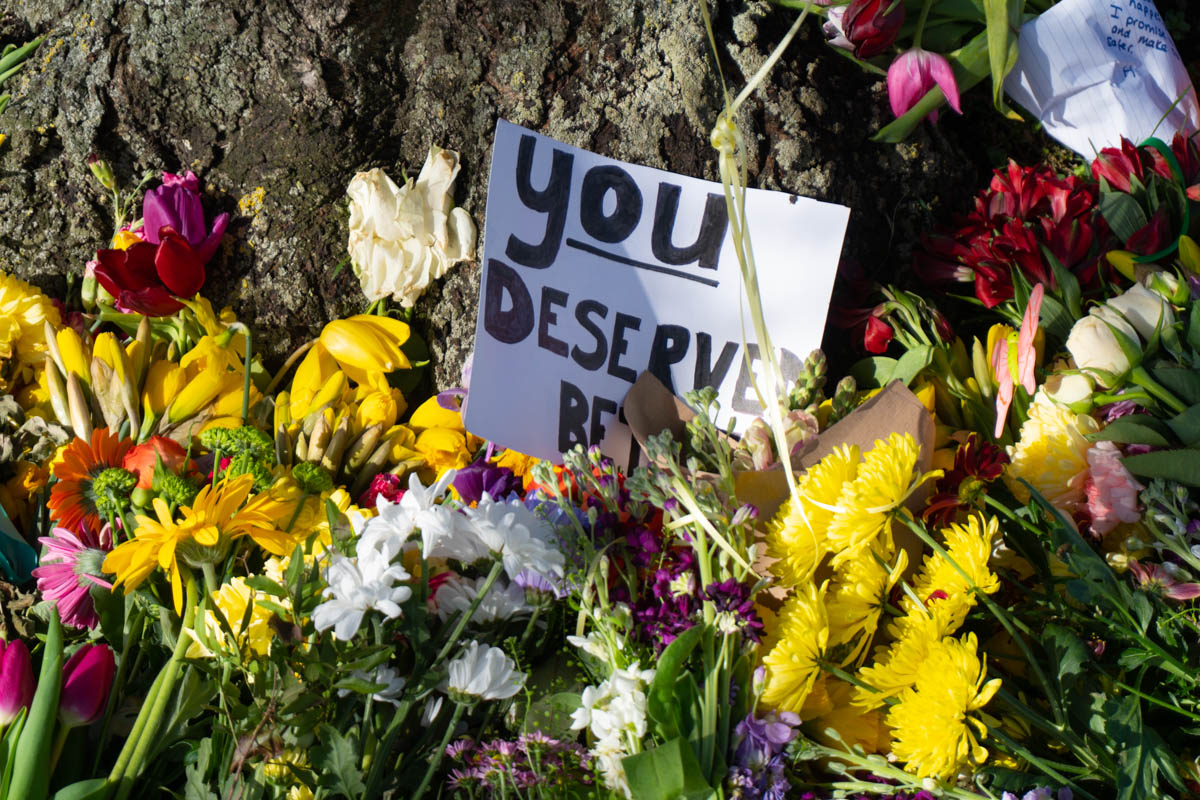 It’s been the year when we’ve learned to live with Covid.

And even its latest variation has not led to the total lockdowns of last year. Almost 150,000 people in the UK, nearly 10,000 of them in Scotland, have died after testing positive for Covid. Across the world it’s killed at least five million people. But this year, scientists have given us the vaccines, and the tests, which have not only saved lives but also the economy.

The Covid plague has changed much. It’s brought our consumer society to a shuddering halt, the worst economic performance for 300 years.  It’s divided the rich from the poor even more starkly. It’s forced governments around the world to borrow on a scale not seen since the Second World War and forced capitalism to be re-considered. It’s damaged our health and education systems and our arts and sports industries. It’s brought uncharted mental health problems. It’s also challenged our attitude to risk. And I wonder if it’s changed our relationships with other people, as we hide behind our masks and consider the odds of being infected by them.

And all of this comes on top of several other unsettling issues which have bubbled to the surface this year – the climate emergency, Brexit and the migrant crisis.

These recur again and again as I glance back through my diary of the year. We started out in January with Covid-related deaths running at a thousand a day in Britain and we were into our third Lockdown. In February Sir Tom Moore, the NHS hero, died having raised £33 million for our hospitals. By March, the UK Government deficit had reached 14 per cent of national income in order to keep the economy afloat.

There was a bit of a lull over the summer as the vaccination programme began to have an effect and our lives returned a little towards normal. The two-metre rule was relaxed, businesses reopened. Crowds returned to football matches. We even managed to stage the European finals, partly in Glasgow and the Olympic Games in Tokyo went ahead – though in the surreal atmosphere of  an empty stadium.

Now Omicron was come to torment us and the politicians are once again trying to balance the medical imperative to Lockdown and the reality of what people and businesses can tolerate.  Nicola Sturgeon’s handling of the pandemic has won her widespread respect and the SNP were victorious in the Scottish elections in May. By contrast, Boris Johnson’s stumbling performance has appalled most Scots, leaving his party in Scotland with just 20 per cent support in the opinion polls, and an historic defeat in Shropshire where the LibDems took a seat from the Tories in a by-election.Not just any seat – it had been held by the Conservatives for two centuries.

Across the world the Covid crisis has shaken political systems.  In January, Jo Biden replaced Donald Trump as US President, but not before Tump supporters stormed the Congress. Biden promptly ended America’s mission in Afghanistan, leaving the Taliban to their medieval devices. In Germany, the Social Democrats won the elections in September and Angela Merkel retired in December after 16 years in power. In November, we saw anti-lockdown riots in unlikely places such as the Netherlands, Belgium, Austria and Australia.

Altogether, we leave this year in an edgy and uncertain mood. China and Russia have become dangerous enigmas.  The wars and troubles in the Middle East has caused a new wave of migrants to flood into Europe. Who can forget the tragic story of the 27 asylum seekers who died trying to cross the English Channel in the coldest days of November?  And Brexit has left Britain exposed to labour shortages and trade disruptions. It’s caused street violence and political turmoil in Northern Ireland.

And then there is climate change.The UN’s COP26 conference in Glasgow in early November saw world leaders jetting in for a few days and agreeing to “water down the bla, bla, bla” in Grete Thunberg’s memorable words. It showed that our political leaders just cannot take the issue seriously, despite the growing evidence of climate change in the storms and tornados that have piled in across America, the flooding in Europe (which killed 180 people) and the fires which have devastated vast areas of the Amazon, California, Australia, and Greece.

But strangely enough, I think COP 26 did change the public’s attitude to the climate emergency and there may well be a consumer-driven rush to decarbonise our economy.  Here in Scotland there has been much talk of “the just transition”, converting the 40,000 jobs in oil and gas to renewables, without leaving whole communities behind, as we did in the transition out of coal.

That has been one of the more hopeful aspects of the year, along with Black Lives Matter movement and the Rights of Women campaign sparked by the murder of Sarah Everard in London in March.

So despite this second year of the pandemic, there have been some cheering epiphanies.We’ve understood the need to act collectively. We learned to appreciate our “experts”  – the scientists, the doctors and nurses. We now know how vulnerable our globalised civilisation is to the slightest disruption in our systems –  IT failures, power cuts, lorry driver shortages, ships running aground in the Suez Canal.

And, through our isolation, we’ve learned to become more self-reliant and more appreciative of things immediately around us –  friends and family, the Christmas lights, the neighbourhoods we live in and the planet where we have our temporary home.