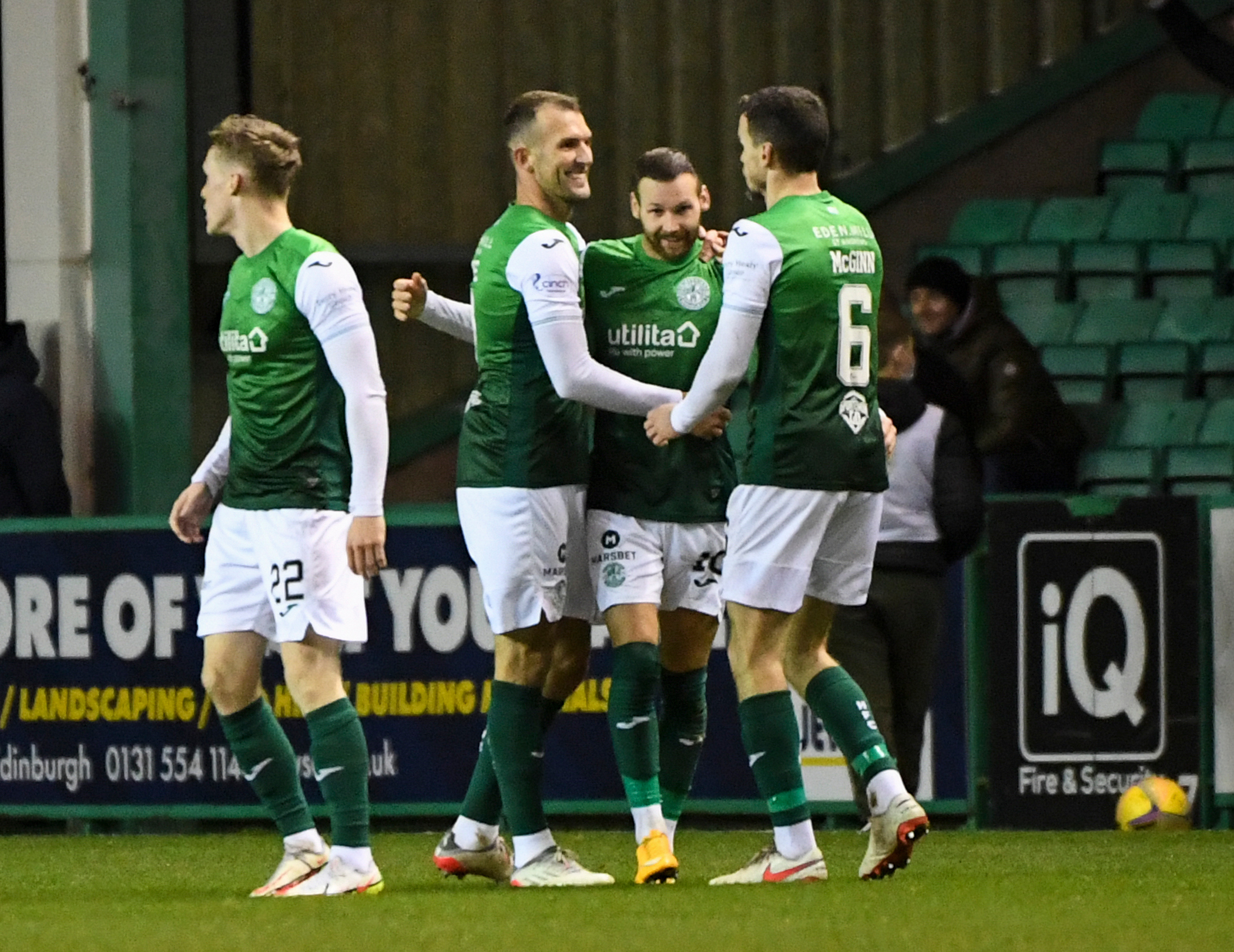 Ryan Sweeney was booked within the opening minutes for a foul on Martin Boyle and that would come back to haunt him later in the game.

Hibs almost took the lead when McGinn got on the end of a Joe Newell free-kick but was denied by Dundee’s keeper Adam Legzdins.

Hanlon then headed wide before Matt Macey was called into action to save from Paul McGowan as the visitors got into the game.

Hibs were forced into an early change when Chris Cadden picked up a knock and had to be replaced by Christian Doidge.

Hibs opened the scoring in the 33rd minute when Boyle’s cross was headed into his own net by Paul McMullan to the delight of the home fans.

Kevin Nisbet almost doubled Hibs lead lust before the break but after rounding the keeper his effort was blocked by former Hibs’ defender Liam Fontaine.

The visitors almost equalised shortly after the restart when Cammy Kerr’s cross ricochet off Doyle-Hayes and fell kindly for Danny Mullen, but his effort flew over the bar.

Nisbet hobbled off and was replaced with Murphy on 68 minutes sparking doubts about his chances of playing on Sunday at Hampden.

Sweeney was sent off in the dying seconds for dissent and the points remained at Easter Road.

After the final whistle Gray told BBC Scotland: Gray: “I’m delighted. I thought in the first half we were outstanding. We reacted well to the disappointment of the weekend and to a man they gave me absolutely everything.

“I thought it [the own goal] was a good finish, to be honest! No, listen, Boyle was on fire and he kept putting in those balls and asking people to defend.”