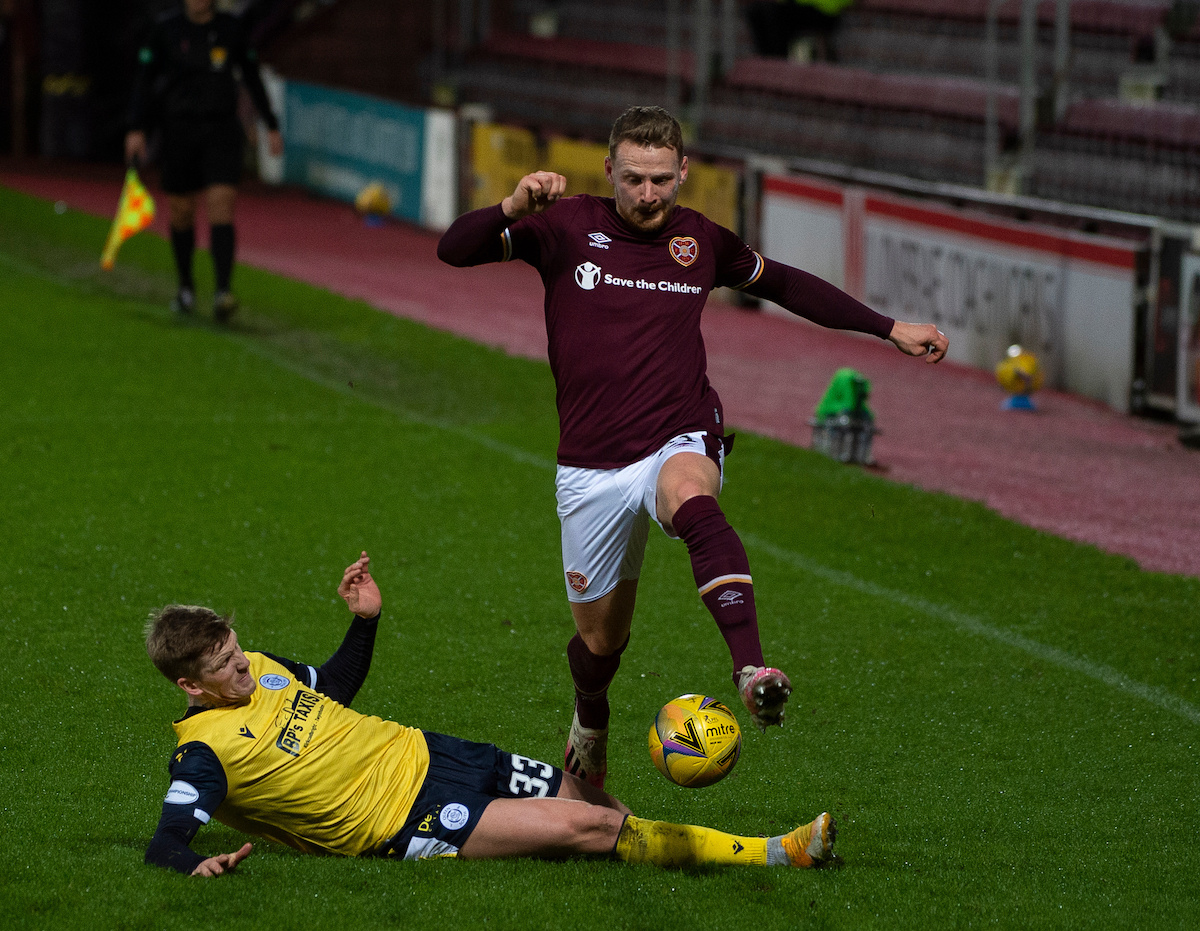 A great deal of recent contract talk at Tynecastle has been about John Souttar, but it is starting to look as though another member of the Hearts’ defence might be of even greater value.

Stephen Kingsley is one of several Hearts’ players, whose contract expires in the summer. Alongside goalkeeper Craig Gordon, Kingsley’s signature should be a priority for Hearts’ sporting director, Joe Savage.

Kingsley is thriving in maroon, in a role that suits both the Scotsman and Hearts down to a T.

Playing on the left side of Hearts’ back three, he is solid defensively and comfortable when in possession, which is vital in this Hearts’ system, as it relies so heavily on members of the back three striding forward into space.

All of this before we even mention that lethal left foot of his.

The defenders strike on Saturday against St Mirren was perhaps his best strike yet, and that takes some doing. The whip and curl on the ball as it travelled the full 30 yards before arriving in the top corner of Jak Alnwick’s net was a thing of beauty.

“I’ve scored a few this season thankfully and it is nice to contribute to the team that way,” Kingsley said.

“With free-kicks if you get the technique right then you give yourself a chance. I always practiced and the more you do it the more comfortable you become.

“It’s about finding your style and then doing it in games. I didn’t score any freekicks before coming to Hearts because I was playing with such talented players in England.

“I was doing my practice, but I just never got the chance to take them. In England, Gylfi Sigurdsson took them at Swansea, and he was sensational at them. Jarrod Bowen at Hull was brilliant as well and Harry Wilson came on loan, so I never got a look in.

“Now to get the opportunity to take them has been brilliant,” he added.

“There wasn’t anyone I used to watch to get my technique. I watch all different takers as it is a unique skill. Everyone is different and hits the ball their own way, so it is about practice and what suits you. Then it is about working on it and being consistent.

“Something I always try to do is get forward. I want to keep that in my game, breaking the lines and getting forward, as it eases the pressure on the midfielders.”

Hearts made it eight home games without defeat on Saturday as St Mirren joined Celtic, Livingston, Motherwell and Dundee United on the list of teams to leave Tynecastle with nothing this season, while only Hibernian, Aberdeen and Dundee have left Tynecastle with a point.

“We wanted Tynecastle to be a fortress,” Kingsley explained.

“It’s such a massive club and a big place to come, the atmosphere is incredible, and we wanted to make it a tough place to come to.

“It’s a special place to play at and I feel when teams come here it can be quite intimidating for them. Hopefully that can continue for a long time to come.”

While Hearts have performed well at Tynecastle, away from home they have produced a mixed bag of results, but just like when they lost to Aberdeen, they bounced back from defeat against Motherwell last weekend with victory over the Buddies.

“We have had a couple of dodgy performances away from home and once we sort that then the results will come. We know we can do it. We have proved it countless times this season that we have the players and ability to play well.

“We weren’t at it against Motherwell, the way they pressed, we didn’t deal with it very well. We weren’t great on the ball, and we didn’t do the stuff we are known for. We didn’t stand up to the battle, which we knew it would be. They bullied us all over the park.

“It was a learning experience, and we will get those games at times. Sometimes you have to grind it out and find other ways to win and hopefully moving forward we can find a way to win those types of games.

“It’s massive to bounce back from those disappointments. After Aberdeen we were hurt, but we reacted with a 5-2 win over Dundee United with a great performance. The Motherwell game hurt, and you could see it in the changing room it was quite flat.

“We had to pick ourselves up and look at the bigger picture, we have had a good start to the season. Yes, there have been a few bad performances, but we bounced back against St Mirren again.”