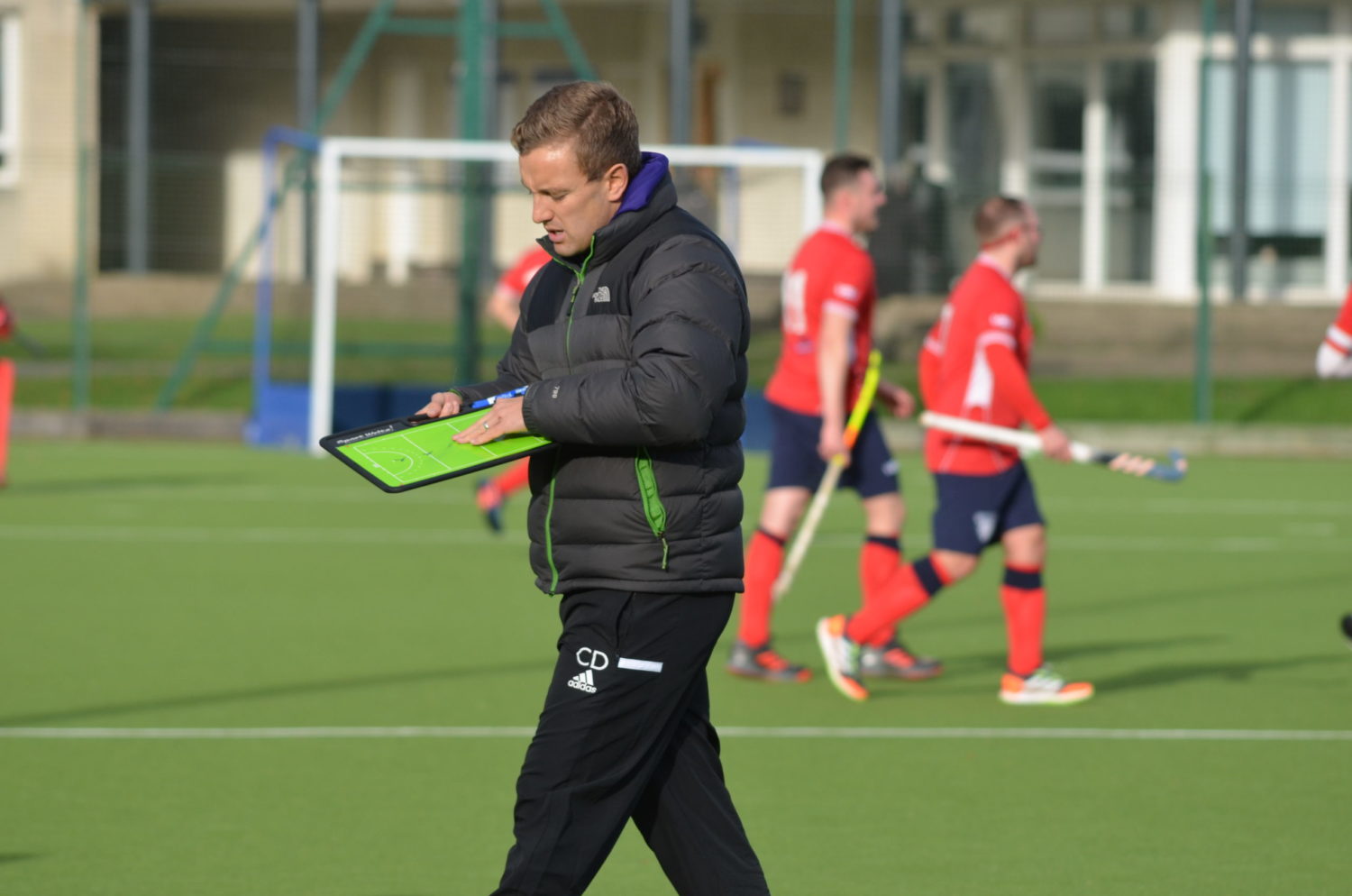 Premiership combine Inverleith, boosted by their 7-1 victory over Kelburne in the league, host Strathclyde University (Mary Erskine School, 13.30) in the Scottish Hockey Cup on Saturday.

And coach Chris Duncan (pictured) warned his men not to be complacent about a team who are third in the National League with seven wins and two draws in 11 games having scored 50 goals and let in 18.

The playcaller said: “It is always a tricky game against a club from the division below. They have been going well and have had some tight results against teams at the top of that league.

“It is their cup final and we have to be on our toes and on our game to take away any chances of slipping up.”

Grange beat Watsonians 4-2 in the men’s Premiership last weekend and they meet again in the Scottish Cup on Saturday (push-off 11.30am) at the same venue, Fettes College.

Grange have scored 63 goals and let in 20 while Watsonians have scored 25 and conceded 16 for 17 points but have a number of players unavailable, partly due to the 11.30am push-off.

The round also features another all Premiership clash with third-placed Edinburgh University hosting sixth-placed Clydesdale (11.30am, Peffermill).

Free-scoring Erskine Stewarts Melville, who top the National League with nine wins and two draws in their 11 outings, scoring 67 goals in the process and letting in 11, entertain former Premiership pace-setters Dunfermline Carnegie (Inverleith Playing Fields, no time given).

Meanwhile, Watsonians are on duty again on Sunday when they travel to seventh-placed Uddingston (14.00) in the men’s Premiership.