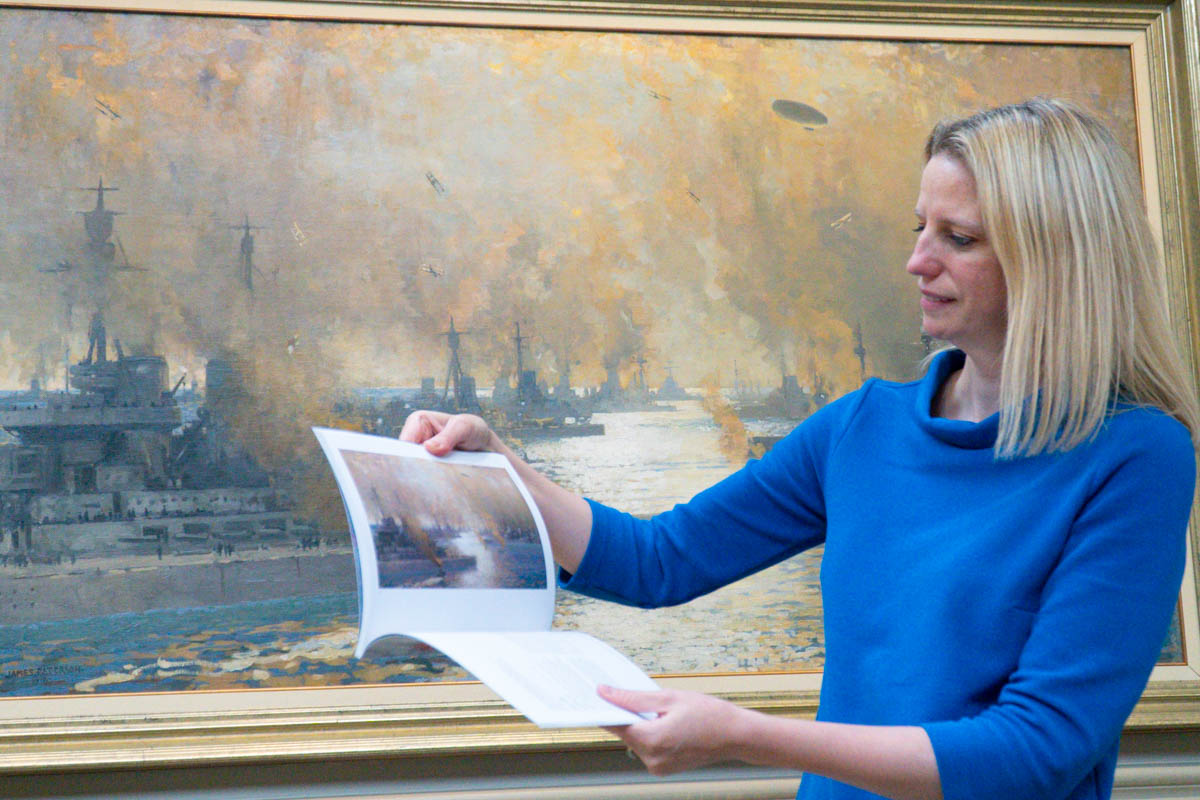 Bonhams Edinburgh is staging its Scottish Sale in autumn this year and on Thursday and Friday there is a wide selection of important paintings on sale.

One of these artworks has a real Edinburgh connection as it is a painting of the German fleet after surrender in the Firth of Forth, painted in 1918 just after the Armistice.

Pictures specialist, May Matthews, explained the story of the painting. She said: “We’re delighted to have this extremely important and monumental scale oil by James Paterson. He, of course, was the well known Glasgow Boy who came to settle in Moniaive and then later in Edinburgh.

“Whilst he was here in Edinburgh in 1918 of course Armistice happened and the surrender of the German fleet. It was a huge event in naval history, the largest collection of warships ever in the world. And James Paterson flocks to the shore like many other journalists and artists did, and indeed the public of Edinburgh at the time to witness this very important huge scene.

“So we have battleships sailing up from the Isle of May all the way up the Firth of Forth – the steam ships of course, everything is smoggy. It’s dramatic, but it’s beautifully choreographed.

“And this is something that the people of Edinburgh had never seen before or after. So it’s an incredibly important event in our history, but also an important painting by a fantastic well known artist. We’re delighted to have it. Great to have it in Edinburgh, not far away from indeed the scene it was painted at. It’s very exciting. The estimate is £15,000 to £25,000.”

Other highlights in the sale include

The Scottish Sale takes place on Thursday 14 and Friday 15 October 2021 at Bonhams Edinburgh.