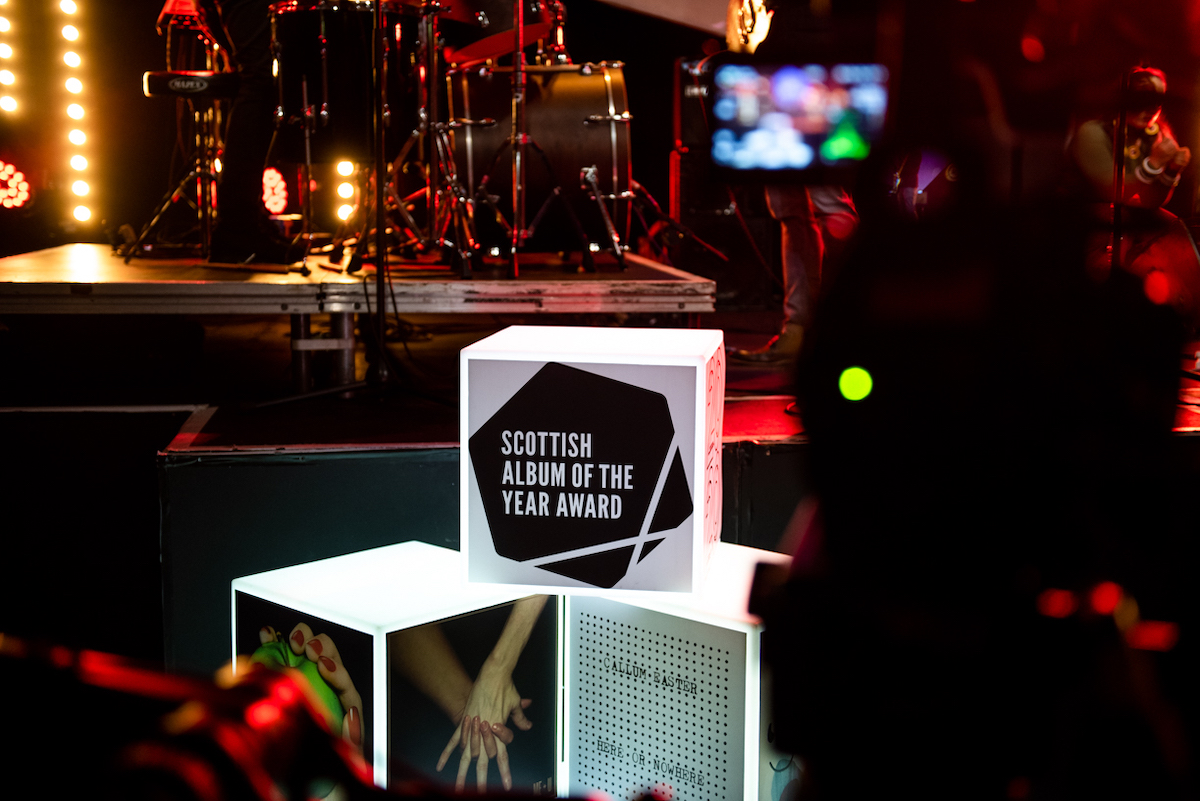 The Scottish Album of the Year (SAY) Award shortlist for this year was announced this afternoon.

The ten albums listed below are still in the running for the £20,000 prize and the winner of the Modern Scottish Classic Award has also been named.

The award ceremony will be held in Usher Hall on 23 October 2021 celebrating the tenth year of the national music prize.

In alphabetical order, The SAY Award Shortlist for 2021 is as follows:

Arab Strap – ‘As Days Get Dark’

Biffy Clyro – ‘A Celebration of Endings’

Joesef – ‘Does It Make You Feel Good?’

Mogwai – ‘As The Love Continues’

Rachel Newton – ‘To The Awe’

The winner of this year’s Public Vote was Stanley Odd – ‘STAY ODD’, with the remaining nine albums chosen by the esteemed judging panel. 2021’s panel includes the likes of Ian Rankin (Author), Jackie Kay (Poet), Daniel Portman (Actor) and Ashley Storrie (Comedian), as well as Tim Burgess (Musician, The Charlatans), whose “Tim’s Twitter Listening Parties” sound tracked the UK’s lockdown for many by bringing artists and audiences together to listen, discuss and celebrate albums both past and present.

Robert Kilpatrick, Creative Projects and Communications Director at the Scottish Music Industry Association (SMIA) said, “The SAY Award Shortlist comprises 10 of the best Scottish records of the last year; all released throughout the pandemic. With some of the biggest names in Scottish music featured alongside some of our nation’s most exciting rising talents, 2021’s Shortlist showcases the exciting, diverse and resilient nature of our music community despite 18 months of significant challenges. It firmly recognises music’s cultural impact and life-changing value, and brings to the forefront a recorded output that all of us in Scotland can – and should – feel proud of.

“Along with this year’s Shortlist announcement, we’re delighted to reveal the winner of the inaugural Modern Scottish Classic Award, as chosen by the 20 artists that made up this year’s Longlist. ‘The Midnight Organ Fight’ by Frightened Rabbit is a record that many of us hold close to our hearts, and for it to claim the inaugural prize is a special moment for both The SAY Award and Scotland’s music community as a whole. It’s a record we’re proud to be honouring this year, and one we know will continue to be both celebrated and cherished for many years to come.

“As we quickly approach this year’s Ceremony, we look forward to welcoming attendees from across the cultural landscape, as well as music fans for the first time as we get set to host our biggest event to date. On 23 October we’ll be recognising both this year’s Nominees and 10 incredible years of The SAY Award, which since 2012 has played the important and privileged role of championing outstanding Scottish albums and rewarding artists for invaluable contributions to our cultural identity as a nation. We hope you can join us, and we’re looking forward to a much needed and well deserved night for our artists, industry and wider music community to come together after such a tough and turbulent time spent apart.”

For the first time since the award’s inception, music fans are able to join the celebrations and purchase tickets HERE to attend one of the most exciting nights in Scotland’s musical calendar.