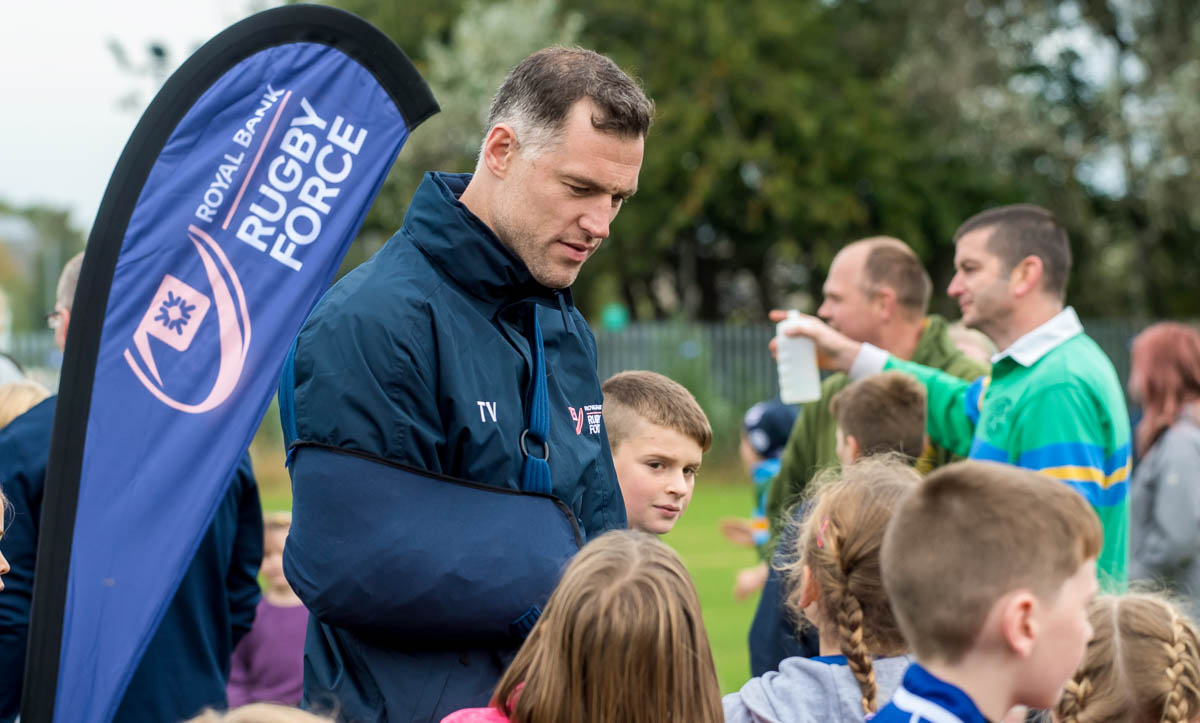 Alongside the visit from Grant and Tim, the club has been awarded £1000 from the annual grassroots sustainability programme which provides vital funds as the nation’s players enjoy getting back to the action on the pitch.

Beating strong competition from over 130 entries, the Edinburgh club received its prize as part of their Royal Bank RugbyForce Weekend celebration. The weekend typically see’s rugby clubs across Scotland host a range a pre-season events, such as volunteer DIY and Community Fun Days, raising awareness of the positive impact that Scotland’s grassroots clubs have within their local areas.

Royal Bank RugbyForce is a nationwide rugby programme launched by Royal Bank of Scotland in association with Scottish Rugby. Since launch, more than half a million pounds has been distributed, directly benefiting three-quarters of amateur rugby clubs in Scotland.

New for this year, in partnership with Scottish Rugby, the programme has appointed 10 grassroots heroes aged 18-35, known as Young Ambassadors, onto club committees as part of a fresh focus on the future by broadening the diversity of rugby club boardrooms, providing them with an additional £500 grant from Royal Bank to deliver a project of their choosing.

In a drive to get more young people into club boardrooms and to improve diversity and representation in rugby, the Young Ambassador programme see’s grassroots heroes aged 18-35 from amateur clubs across the length and breadth of Scotland put forward ideas for projects that will help their club to create stronger connections with their local communities, build a legacy and make positive societal change.