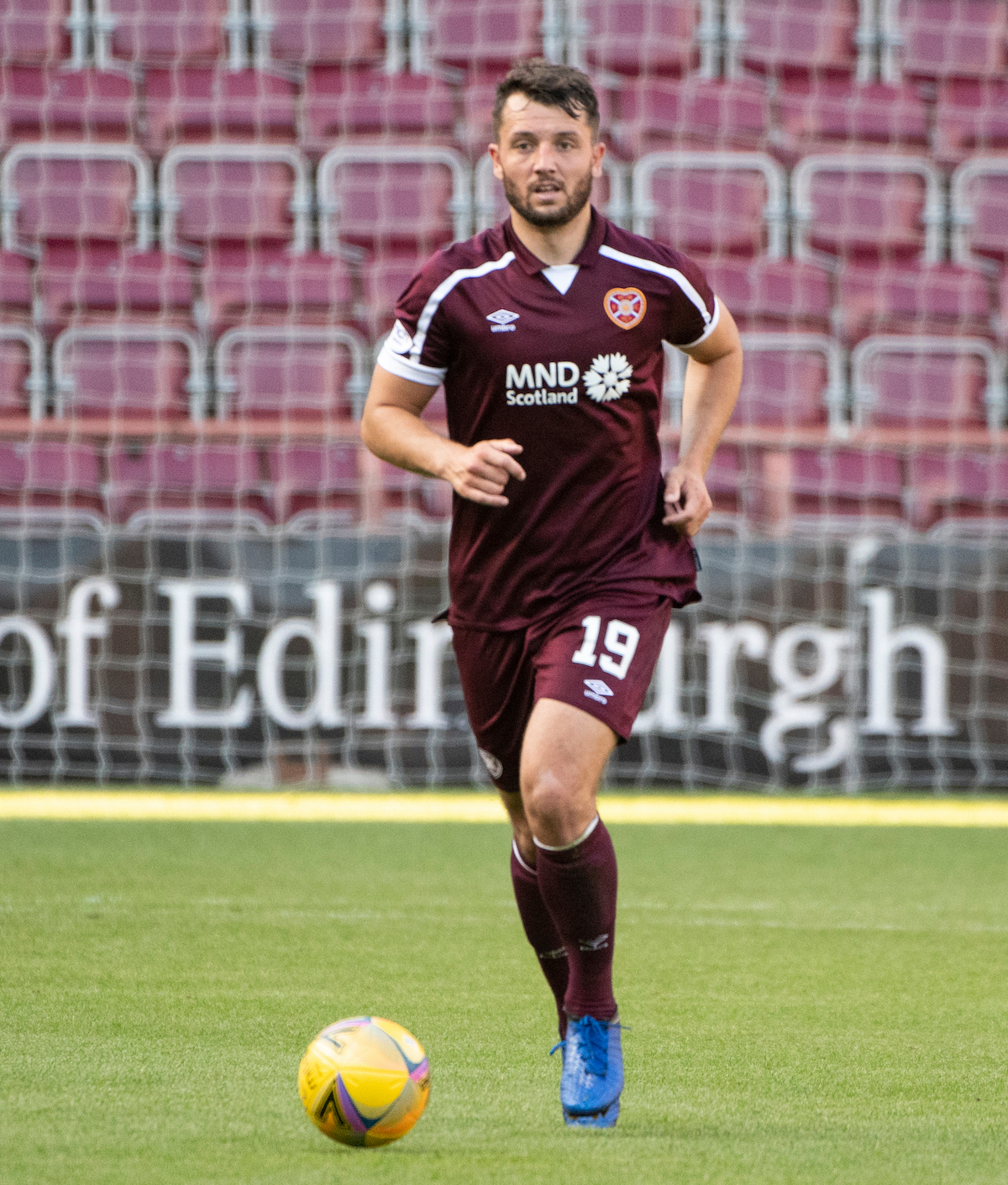 It wasn’t all that long ago that Craig Halkett was the last line of a defence that couldn’t buy a win. Fast forward almost two years and draws are now generating massive disappointment in the Hearts’ dressing room.

In the shortened 2019/20 campaign, the Jambos picked up only four victories out of a possible 30. As a result of their abysmal form, they were bringing up the rear when the season was halted due to Covid-19 and were subsequently demoted to the Championship.

Now however, many of the Jambos faithful will board the “Gorgie Title Express” train from Edinburgh to Aberdeen on Saturday morning full of optimism, as their side hopes to stretch their unbeaten start in the cinch Premiership to 12 matches.

Hearts defender Craig Halkett has struggled in maroon since joining from Livingston in the Summer of 2019, but if you ignore a poor performance in Perth on Wednesday, the defender is slowly but surely getting back to the rock-solid defender fans saw at the Tony Macaroni.

Halkett was quick to agree that the recent disappointment highlights Hearts’ progress under Robbie Neilson.

“When I first came to hearts those draws were maybe defeats and it always helps with the momentum that you are not getting beat in games and you still have that confidence going into the next game.

“Even although you could maybe have won a game you still have that confidence of not losing the game and that is a massive difference in where the squad is now to where it was before.

“I think it speaks volumes for us as a club that we are disappointed going through 11 games undefeated but feeling we maybe don’t have as many points as we’d should have done.

“We want to keep that unbeaten run going as long as possible but if we were to sit down and look at all the games along the way, there are still a few where we have dropped points that we could have had.

“We are looking forward to now working at turning those draws into wins and hopefully we can go and have an even better points tally in next third.”

Hearts have been punished in the recent draws against St Johnstone and Dundee for missed chances in front of goal, but also for lapses of concentration in defence, though Hearts appear to have a very together group of players, who have all bought into the style of play manager Robbie Neilson is trying to implement.

Halkett admits the performance levels have been good enough to deserve victories and believes if that level of performance is maintained, then victories will come.

“We have been playing well and in the last two games we have had a wee 15–20-minute period when we have not been at our best but then we have managed to turn it around.

“We have just been lacking that final spark in the final third to get the extra goals to give us the three points, but performance wise, if we just keep doing what we’ve been doing then I think the wins will come.

“The first round of fixtures showed that we can play that way. It has worked well. We have been dominating possession in the majority of games and a lot of attacks and the chances we have been getting have come from building out from the back.

“We are all enjoying it, it is good to be involved in, good to be dominating games and getting chances at the other end of the park.”

Hearts will be facing an Aberdeen side full of confidence after Stephen Glass’ side picked up a victory over Hibs before battling for a draw at Ibrox, but Halkett believes Hearts just need to focus on playing their own game on Saturday.

“I think we focus on what we do every week and concentrate on ourselves as best we can,” he said.

“We look at the opponent and see where they have been good and bad and then we try to carry out our game plan as best we can.

“It’s always tough going up to Pittodrie,” he added.

“Aberdeen are a good team, and they have a good squad of players. They have a new manager who has come in and it has taken a bit of time to get his ideas across, but you have seen that over the last few games they have started to turn that around.

“I think when they came to Tynecastle a few months back that was a game we drew that we maybe felt we could have won, but I felt that Aberdeen were good that day.

“They gave us a test and it was surprising the results they have before and after that game because of the way they were when we played against them and what we thought of them.

“It will be tough, but it is one we are looking forward to and we will concentrate on our game.”