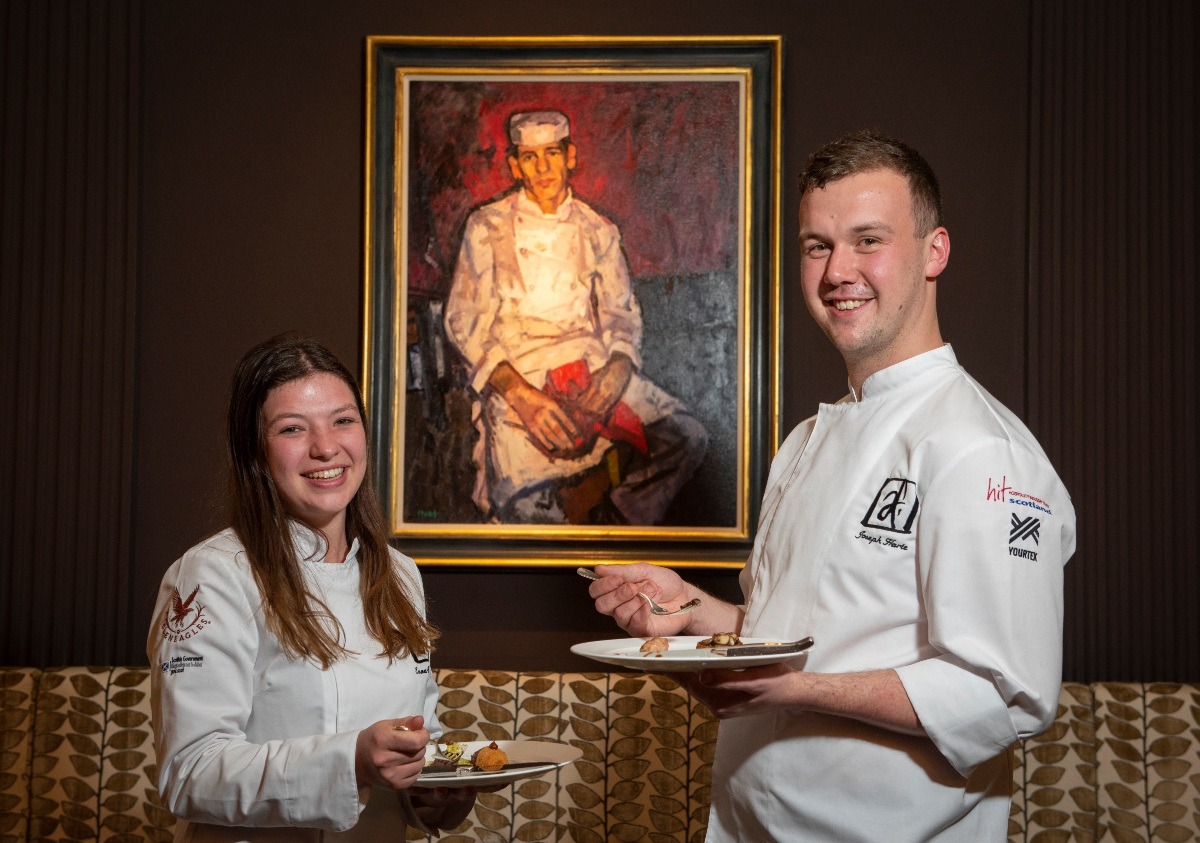 The scholarship recognises two outstanding individuals each year, one male and one female, and the aspiring chefs in the running include 26-year-old Josh Wilkinson, 26, senior chef de partie at the Isle of Eriska Hotel.

Spearheaded by The Hospitality Industry Trust (HIT) Scotland and supported by the First Minister, Scottish Government and Gleneagles, the scholarship was launched two years ago in recognition of Andrew Fairlie’s significant contribution to the hospitality industry.

Then, the scholarships were awarded to Emma-Rose Milligan from Kilmarnock and Joseph Harte from South Queensferry (pictured).

Nicola Sturgeon, First Minister, said: “It is heartening to see new and inspiring culinary talent emerging through this fantastic scholarship in honour of Andrew Fairlie.”

The winners gain industry-wide recognition and experience opportunities including a practical stage in an international kitchen and at Michelin star restaurants.