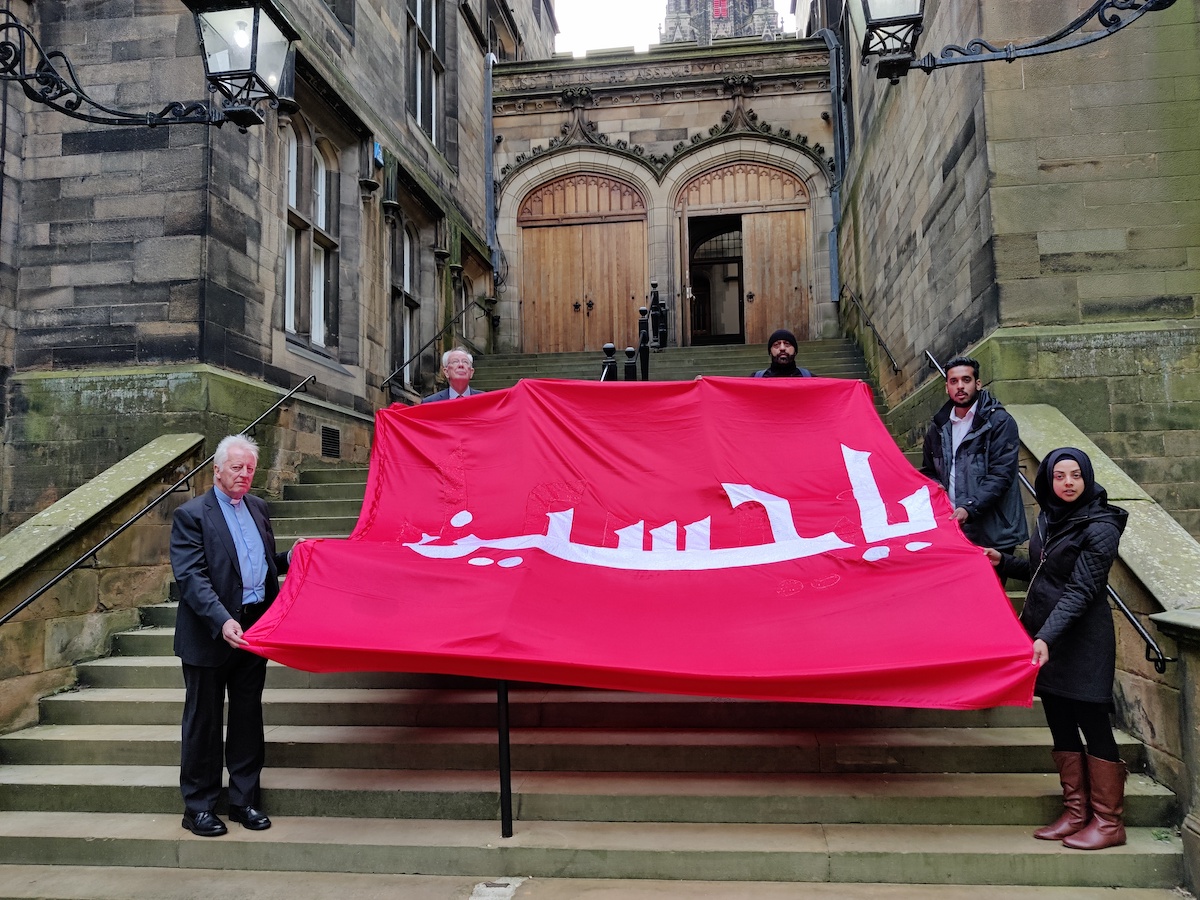 Members of the Scottish Ahlul Bayt Society, an organisation working in the Shia Muslim community in the capital, took part in the Scottish Arbaeen Peace Walk in Edinburgh.

This follows the Society’s first walk in Glasgow last year and commemorates the sacrifice of Hussain bin Ali, the grandson of the prophet Muhammad. Hussain was killed around 1400 years ago along with family and friends for upholding noble human values, but his teachings still “inspire compassion, justice and righteousness”.

The Arbaeen walk, or the Walk for Peace, inspired by the annual Grand Pilgrimage being undertaken by tens of millions of pilgrims between the Holy Cities of Najaf and Karbala in Iraq, was completed in Edinburgh by Brother Ameed Versace, a member of the Scottish Ahlul Bayt Society, who used the opportunity to show collaboration between faith and non faith communities in the city. Along the way he was met by civic and faith leaders in an effort to strengthen existing relations and foster new ones.

This year the walk was supported by, among others, The Rt Hon Lord Provost, Frank Ross and The Moderator of the General Assembly of the Church of Scotland, the Rt Hon Lord Jim Wallace.

In London on 3 October walks from all over the UK brought pilgrims together at Marble Arch at the oldest and largest Arbaeen procession where drummers set the beat as people walked to remember Hussain.

The Scottish Ahlul Bayt Society works to establish links and build bridges between Shia Muslims in Scotland and others in Scotland, engaging on a humanitarian basis to promote civic harmony.