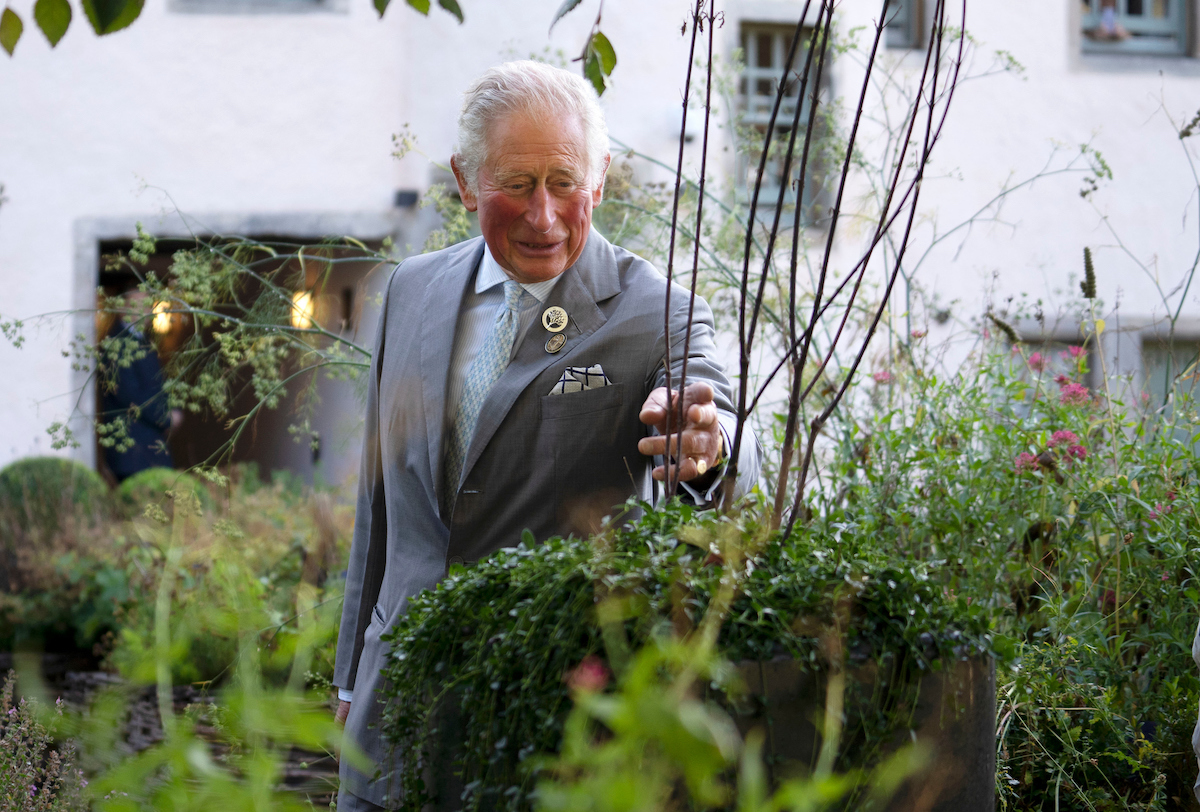 His Royal Highness The Duke of Rothesay visited the Abbey Strand Centre on Friday to mark the official opening of a new learning space at the Palace of Holyroodhouse, Her Majesty The Queen’s official residence in Scotland.

Situated in the historic buildings adjacent to the Palace, learning facilities have been created as part of Future Programme, a £10 million programme of investment by The Royal Collection Trust to transform the visitor experience. The newly restored buildings house spaces for school groups, families and adults to explore the history of the Palace of Holyroodhouse and the Royal Collection through learning events and programming.

Behind the Abbey Strand buildings a new public garden has also been created as part of the Future Programme investment. Inspired by the earliest recorded gardens at the Palace, the garden opened in November 2020 and can be freely enjoyed year round by the people of Edinburgh and visitors to the Palace. It will also be used by school and community groups to explore how plants have been used to improve health and wellbeing.

As Patron of The Royal Collection Trust, His Royal Highness has been closely involved with the project. After receiving a tour of the new learning spaces, The Duke met a group of local children from Elsie Inglis Early Learning & Childcare in Abbeyhill, who learnt how gardens have played an important part in the Palace’s 900-year history, from the early gardens of Holyrood Abbey to the modern-day. They took part in a sensory exploration session to identify different plants, learnt how plants and herbs were used for medicines in the past and even made a potion of their own.

The Abbey Strand buildings, the oldest part of which dates from around 1490, have had many uses, including a weapons store during the reign of James V and a home to debtors inside the Abbey Sanctuary.  In the 18th century, the buildings housed around 25 families and included a brewery, a row of taverns and a brothel known as Lucky Spence’s House.

The new garden consists of three distinct areas, each representing a phase in the Palace’s 900-year history. A flowering meadow of medicinal plants evokes the 15th-century monastic gardens of Holyrood Abbey; flowering bulbs, including crocuses, tulips and alliums, have been planted in a geometric pattern to reflect the design of 17th-century gardens. A third area reimagines the physic garden that was established in the Palace grounds 350 years ago to teach students about the medicinal properties of plants. The Palace’s original physic garden was the first of its kind in Scotland and only the second botanic garden to be established in Britain.