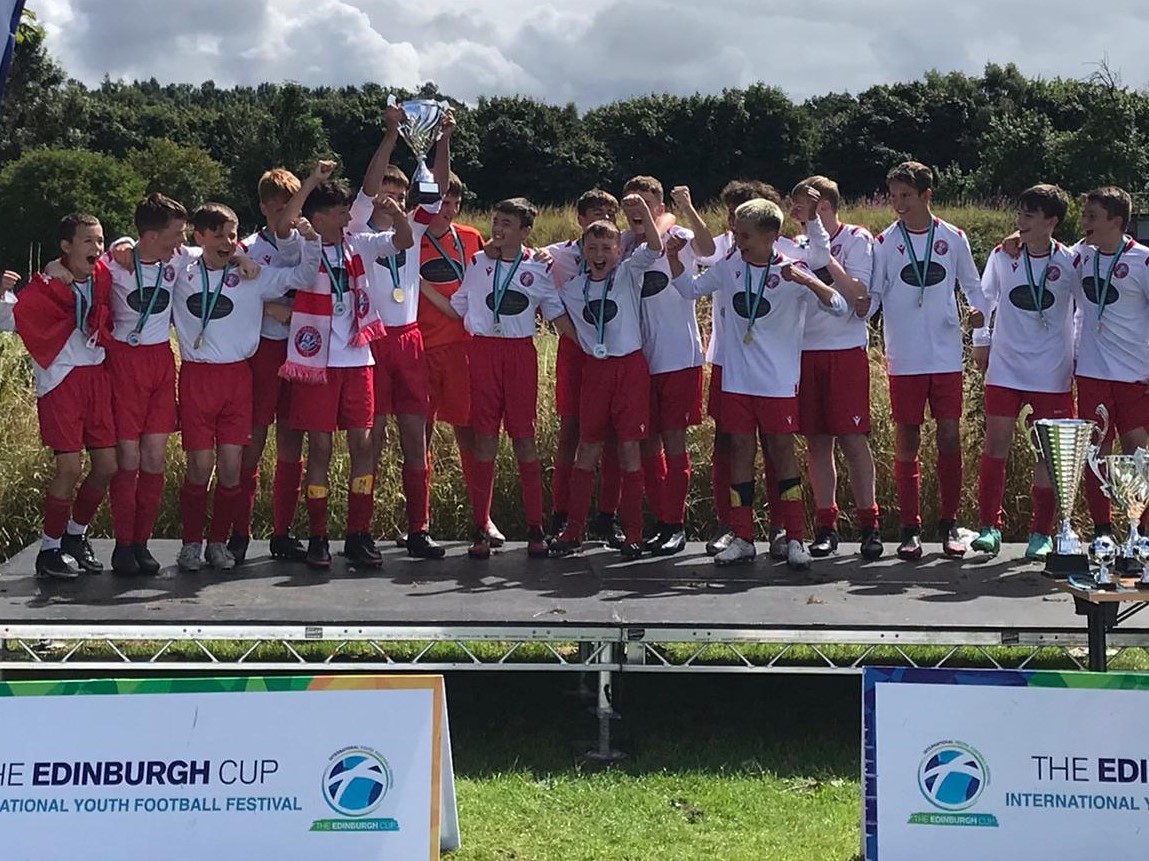 Spartans Reds U14s produced a stunning comeback against Co Down Select to win the Trophy Final at The Edinburgh Cup at Peffermill.

The capital side looked to be down and out with just five minutes remaining, trailing 3-1 and down to nine men.

However, they produced a fairytale finish to smash two goals in the closing moments of the game to stun their opponents from Northern Ireland and force the game to penalties.

Spartans went on to win a dramatic shoot-out 5-4 and clinch a quite remarkable victory in front of a large crowd which had gathered to watch the nail-biting finale.

Spartans had made the Trophy Final by losing just one game – to Dundee FC Academy – in their five group matches played over Friday and Saturday.

The Edinburgh Cup International Youth Football Festival is one of the UK’s biggest football tournaments, welcoming thousands of young footballers to the city from across the UK and beyond.