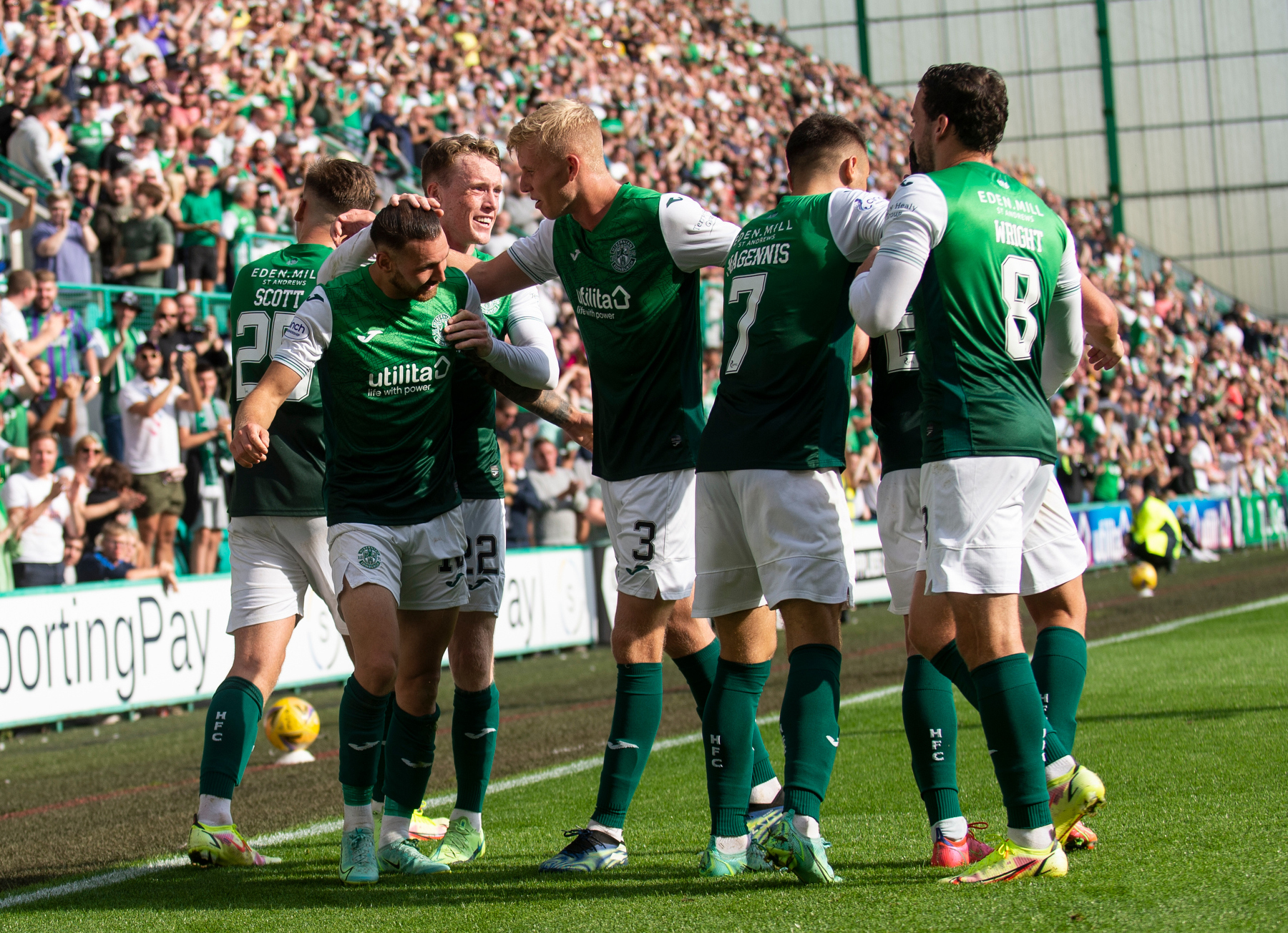 Hibs retained their place at the top of the league table with a comfortable 2-0 victory over Livingston at Easter Road this afternoon.

Hibs Head Coach Jack Ross made one change to the starting XI that drew with Dundee last weekend with Kevin Nisbet returning in place of Alex Gogic, James Scott made his home debut.

Ahead of the game David Martindale bolstered his Livingston squad signing Belgian midfielder Stephane Omeonga, who had a spell with Hibs on loan from Genoa on a two-year deal following his exit from Pescara after their relegation to Italy’s third tier. He was illegible for today’s game.

The first-half mainly consisted of Martin Boyle causing problems down the right wing but his crosses were all dealt with by the Livingston defence.

Neither side created any clear cut chances then just before the break Jamie Murphy took a knock and was replaced by fans favourite Scott Allan.

Hibs took the lead five minutes after the restart when Nisbet controlled a long ball from Paul McGinn, turned his marker and calmly slotted the ball past the keeper into the bottom left hand corner of the net.

Moments later Nisbet was clattered by Obilleye but the referee waved play on to the fury of the home fans.

Boyle then had the fans on their feet with a mazy run only to be brought down on the edge of the area. Ryan Porteous took the resulting free-kick which hit the wall and was cleared.

Nisbet took a knock in the 68th minute and was replaced by Drey Wright leaving Scott as the only lone striker.

In the dying minutes Boyle ran on to a pass from substitute Scott Allan and lifted the ball over the keeper from a tight angle inside the six-yard box to secure the three points.

After the final whistle Ross told BBC Scotland “It was a hard-fought win. We showed patience to get our couple of goals. We are still looking to strengthen the group before the end of the transfer window.

“You can see that the group is able to show patience. We do things the way we work on them.”

Livingston manager David Martindale added “There were seven of eight boys who gave me everything and a few were struggling with injury. I am delighted to have the international break, to be honest.

“It will give us a break to get boys back to fitness.”