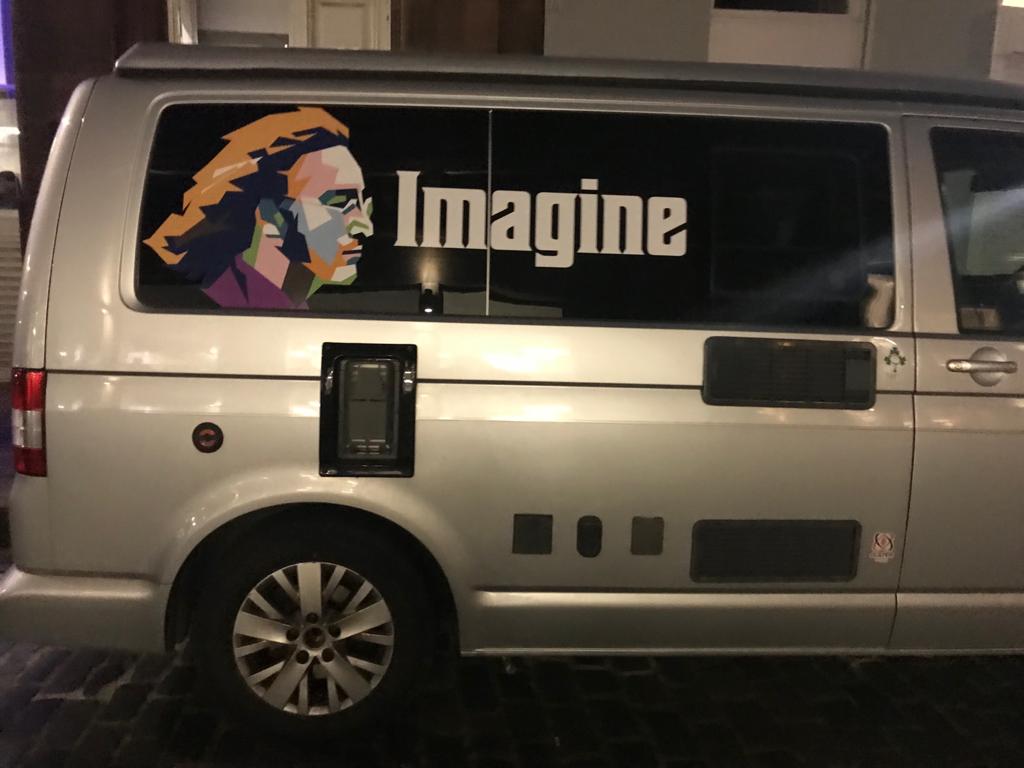 This is an enjoyable 45 minutes absorbing the musical relationship between John Lennon and Bob Dylan.

Hugh and Tom Adams are competent musicians performing harmonies and telling stories with ease. The brothers from Carrickfergus in Northern Ireland reveal some of the rivalries between the two musical artists, Dylan comes out the more protective of his image while the stories about Lennon are delightfully frank.

That said, Roll On John performed here was a fitting tribute from the 80-year-old Nobel Peace Prize winner back in 2012. The duo known as Brothers Broke from Carrickfergus in Northern Ireland, deliver a memorable arrangement of I Am The Walrus. It’s not an easy feat to perform such an epic song in a stripped-down manner and retain the original energy of the cut.

The title of the play is based on the period when Dylan “went electric” and was called Judas from the crowd, the moment is playfully recreated by the sound engineer.

Plays featuring John Lennon are traditionally a good fit for the Fringe and enjoyed in a city that had great resonance for the much missed Beatle.