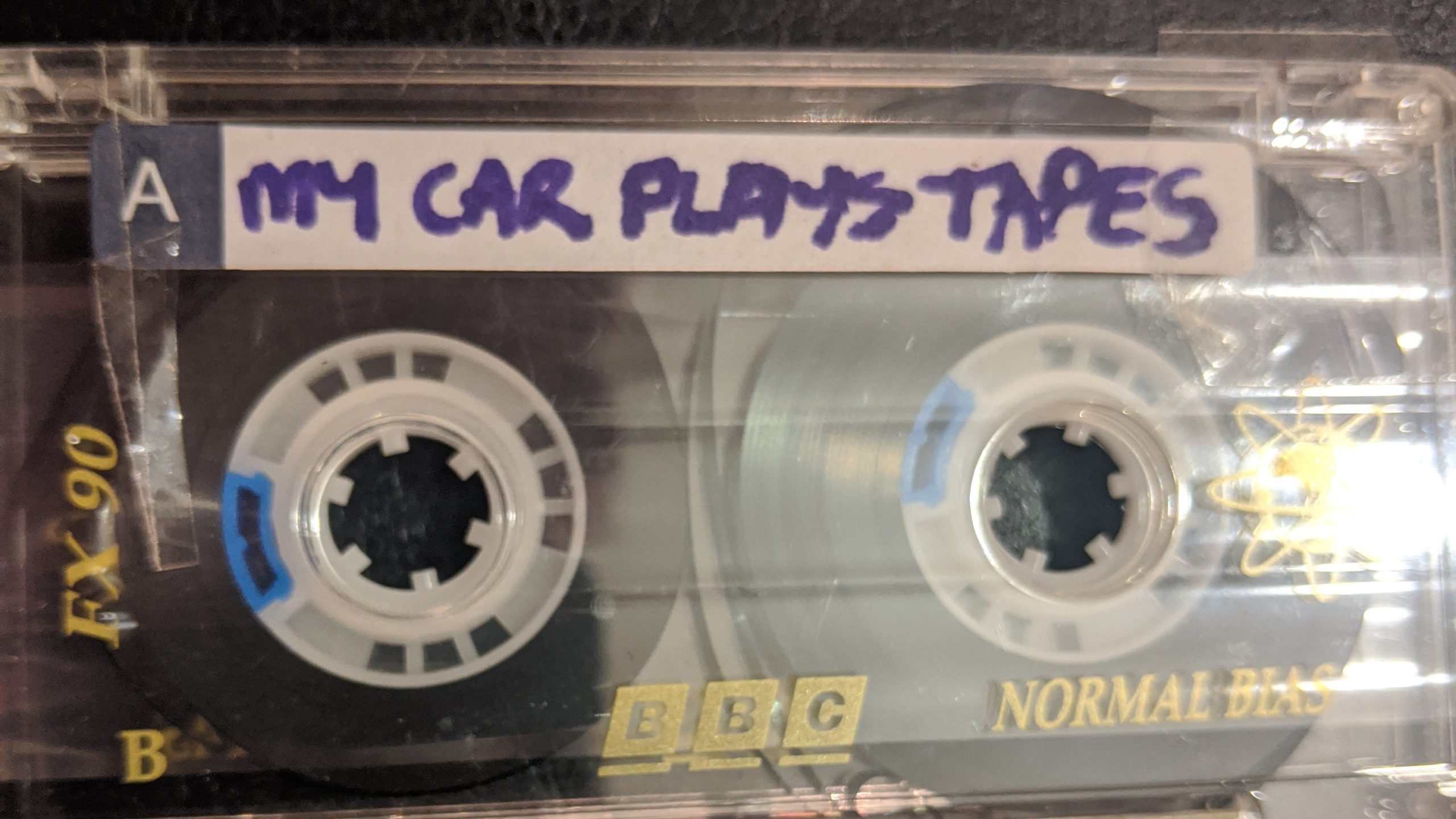 My 31-year-old Ford Sierra, which was passed down to me by my late dad, plays tapes so I was naturally drawn to John Osborne’s wistful one-man show.

It’s based on his time as a support worker for adults with learning difficulties and turns on the demise of his old Fiesta and his acquisition through a friend of a friend of a friend of his friend Yanny of a tape-playing VW Polo.
With a minimal set of two portable cassette players and a handful of tapes on a table, Osborne, 38, conjures up a pre-pandemic world of carefree pubby closeness, sleeping on friends’ settees and hugging his Aldi-ambivalent dad from whose Lincolnshire home he retrieves his boxed-up recordings. These include his “For John” compilation tape, given to him by his mustard yellow-bobble-hatted first girlfriend, featuring Nightswimming by R.E.M, which sets him off on a reverie on his drive home to Norwich.

Nicely set in Summerhall’s breezy Secret Courtyard and overlaid by a 1990s soundtrack that includes snippets of John Peel, the Radio 4 News and Blur recorded live at Glastonbury in 1998, it motors amicably along to comfortingly similar village halls and  one-night stays in Dorset and Cumbria where Osborne’s rural touring second job takes him.

It’s simple, well-constructed, finely detailed and wonderfully, warmly evocative of times gone by. Yet it goes beyond that to touch upon themes of love, loss, loneliness and fame and what we all make of our time on this earth. And it made me think of my dad.