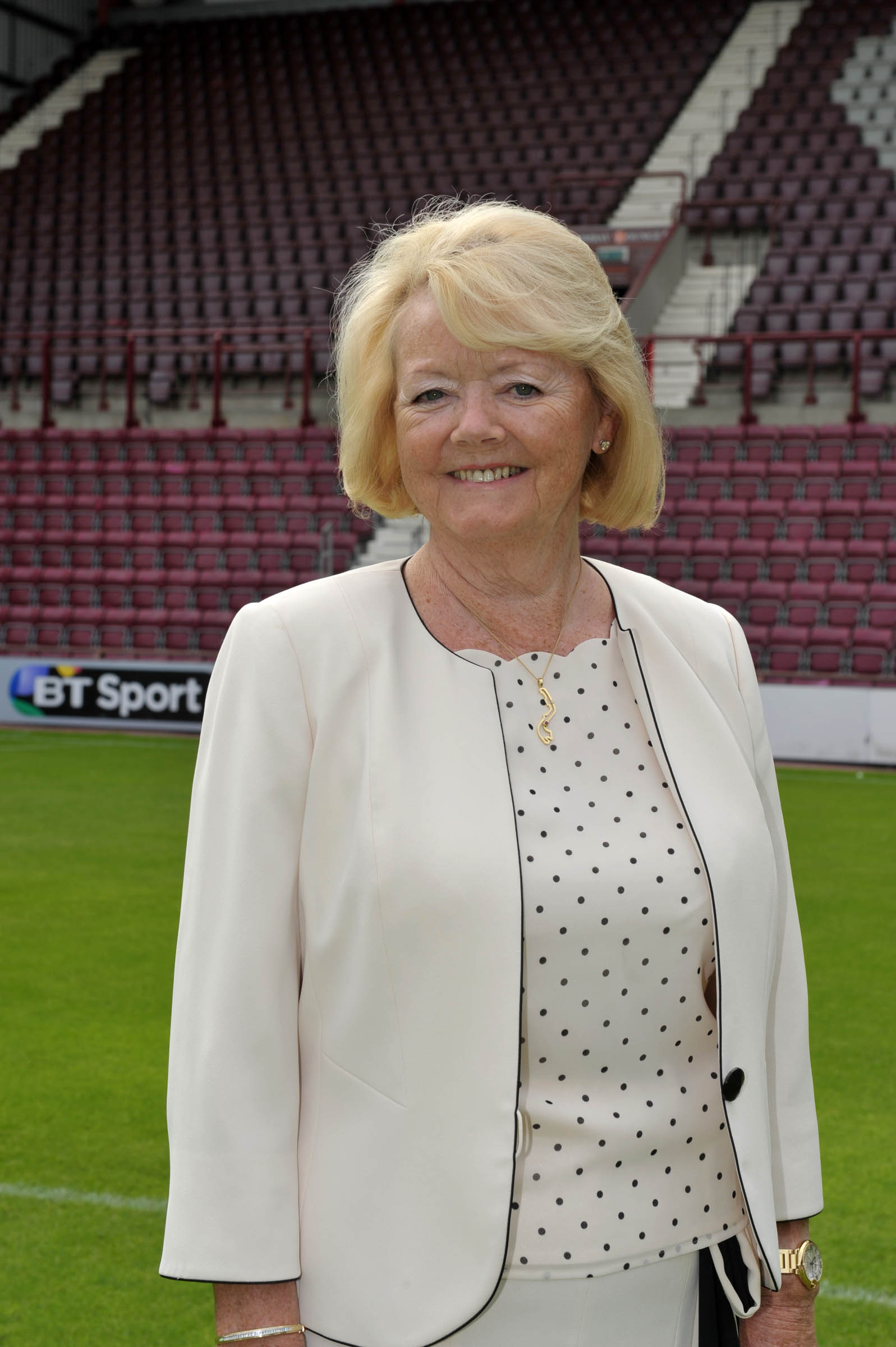 After a delay due to the Covid-19 pandemic, Hearts were finally able to celebrate becoming the largest fan-owned football club in the UK.

Seven years ago, after receiving a “life changing” letter from Alex Mackie, – (one of the original five founding members of the Foundation of Hearts) Hearts Chair, Ann Budge, decided to join the movement and help save the Jambos.

Budge invested £2.5 million to help the club stave off the threat of liquidation back in 2014 and a letter has now been signed confirming the club is now owned by its supporters.

Today she signed over her shares to the Foundation of Hearts. It was a monumental day for the football club and Budge, a Hearts fan herself, admitted her pride at what had been achieved and explained she’d be bored if it wasn’t for this football club.

She said: “Yes, very, very satisfied. It’s been a long time coming in a sense, but equally it feels almost like yesterday that I first came in here. It’s great to see what we set out to achieve being achieved.

“I would be bored out of my mind I think, I would be doing something. That’s something I do know. I’ve got to have things to do, I don’t want to sit back and relax, that’s not me,” she added.

Having appointed Sporting Director Joe Savage and new CEO Andrew McKinlay, the plan was for Budge to take a step back, despite all this, she explained she has committed to stick around at Tynecastle for at least another two years and help the club improve.

“A minimum of two years, that’s what I’ve committed to and beyond that I think I can still add value and if the fans still want me, I’ll take it from there. But we all know how old I am so maybe in two years’ time it will be time for me to back out.

“You can’t stand still. You’ve got to keep going – and my job was to get Hearts into a situation where it was financially stable, we knew we were safe from that perspective and to get all the things in place that would really help us move forward and continue to improve.

When asked what she wanted to achieve in those two years, Budge said: “This will probably sound a bit trite, I need to finish the main stand because it’s not quite finished, that’s high on my list, as are a number of necessary improvements to the stadium.

“I also want to do our best to get to where we almost got to two years ago, repeatedly at the top of the Premiership and playing in Europe. In my tenure we’ve only been in Europe once and we were not particularly successful. I would like to have another bash at doing that and make it even more successful next time.”

The Foundation of Hearts has roughly 8,000 pledgers, with the average pledge around the £16 a month mark.

On top of the fan’s donations, Hearts have also received income through benefactors, most notably James Anderson, who is now a member of the Hearts Board. Budge revealed that the income will 100% continue.

“Oh yes, that will continue. I can say that with 100 per cent confidence. That’s all sorted. That’s part of my job: to make sure we are financially secure moving forward and that we have funding and so on. That will continue.”

Hearts had originally planned this handover to take place 18 months ago, however due to the Covid-19 pandemic, Budge explained it wouldn’t have been fair to the supporters to do it during a time like that.

“The handover of the shares was more important to the fans than it was to me. They wanted to see it because that was part of the deal. I was a bit concerned. We couldn’t really do it when there were no fans in the stadium, they couldn’t celebrate or do any of these things. It would have been wrong.

“So, was I worried it would put it back even further? I suppose I was worried about a few things at that point. None of us really knew how long it was going to carry on. I reckoned as long as we kept talking to the fans, explaining ‘don’t worry, it’s still happening’, we’d be able to manage. And we have done to this point.”

On a day that was understandably about the supporters of the club, Budge was keen to praise the staff, who have also helped Hearts reach this milestone.

“One of the priorities when I came in was to put a very strong executive management team in place.

“The people who were here were hard working and committed and they needed a level of seniority I think – strength at executive level – to helps us overcome some of the things we’d inherited in order to move forward.

“This is a fans’ day. It’s all about FoH and of course we’re here because of the fans.

“We’re continuing to strengthen the board and we’ve got a fantastic workforce. It is a source of pride because I know how committed every single one of them is.

“When the staff talked about ‘fan ownership – I wonder what that’s going to be like?’– you could say it’s not going to make any difference.”

It is no secret that Hearts are in good place both on and off the field at the moment and despite having no plans of walking away, she admitted the club would be in safe hands if she did.

A Working Together document has also been written up, which now means going forward, any major changes at the club would have to be voted for by the supporters, Budge explained a lot of hard work has gone into making this document, which will protect the club entirely.

“I’m extremely proud, because I know that if I was to walk out tomorrow that there’s a strong board with a strong exec and there’s great fan engagement. What more can we do?

“That’s where the protection comes. It doesn’t matter who’s on the board, they can’t just say ‘we’re going to have to sell some of the shares because we need a new injection of capital’.

“You can’t do it unless the shareholders, i.e., the pledgers, vote for it.

“These protections have been built in. An awful lot of effort has gone into the Working Together document which covers all of these things.

“Nobody can do anything that will destroy the club without the fans being able to stop it.”

Many would feel fan ownership has plenty of risks attached, but the Hearts Chair explained that as long as those in charge continue to look after the fans, then there are very few risks.

“The biggest risk was always that the fans would think ’we’ll choose the manager’ but we all know you don’t have to be fan owned to have football supporters yelling ‘sack the board’. It happens everywhere.

“That bit of football isn’t likely to change. I don’t think there are too many risks as long as we make sure we have a strong board and a strong exec, and we look after the fans.”

Now the handover is complete, Ann Budge should probably let out a big sigh of relief, but her love for the club is clear and she will be staying in Gorgie to continue helping Hearts, in any way she can.

“I am not walking anywhere.  It’s the right time because the deal was that the fans would support us financially with working capital initially. They helped us build the stand. Then they paid back the initial loan that I put in. All of that is done. The fans have fulfilled their part of the bargain. My bit of the bargain was to try and achieve financial stability and opportunities for growth. I think we are in a great place to do that now. Had there not been a pandemic, we would probably have done it last year. We were in really good shape then as well, before everything happened.  But we have recovered again. It’s the right time.”

When Ann Budge stepped in to save Hearts, the plan was always to give the club back to its supporters when the time was right.

Many said that fan ownership simply wouldn’t work. Fans would stop pledging and that it wasn’t sustainable.

The Foundation of Hearts has proved the doubters wrong by becoming the largest fan-owned club in the U.K. and with over 150 new pledgers signing up to the cause alone, Ann Budge and all of the Hearts supporters have written the next chapter in this club’s history.