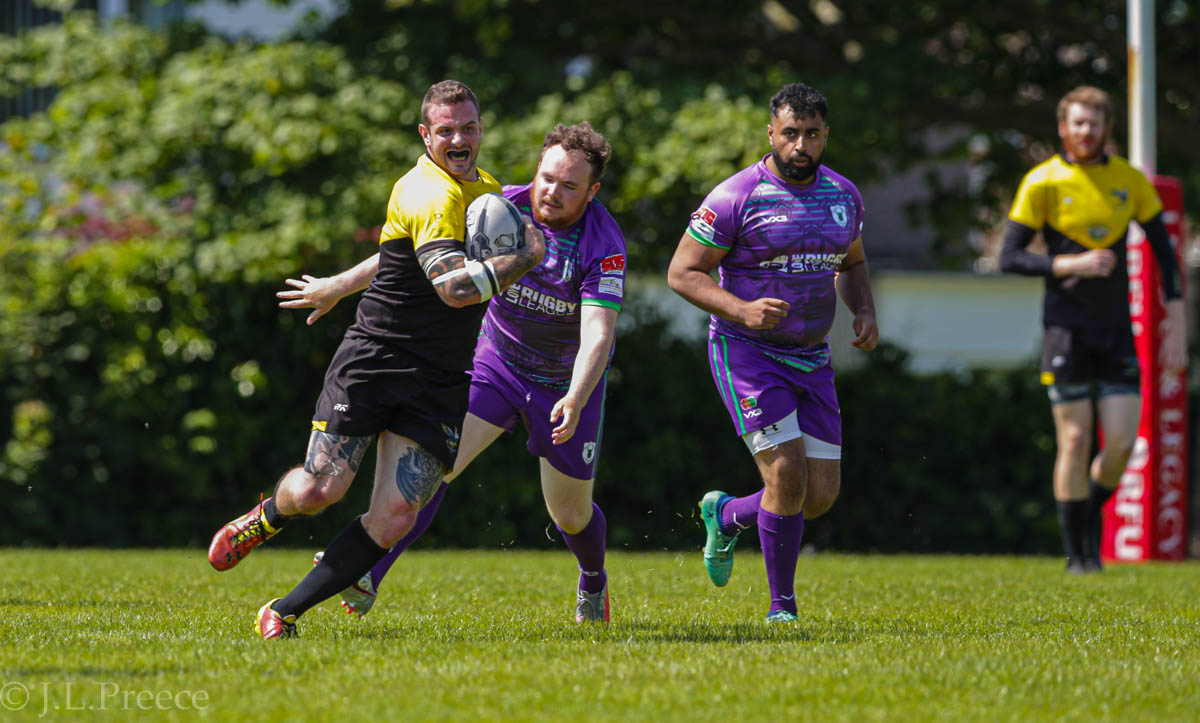 An experienced Eagles team started well and were able to race into a 16-0 lead after 20 minutes with tries from Kaharau Kaihe and two from Danny Bete, with Sean Taylor successfully kicking two of the three conversions.

Forth Valley never really got going and Eagles never looked back as they continued to dominate the rest of the first half with a 2nd try from Kaharau Kaihe, and further tries from Colin Jarvis, Pedro Canakaivata (two), Roserutabua Tawanavavuvala, debutant Meli Leqavani and a memorable 95m individual effort from another debutant, Cameron Thores.

With Sean Taylor adding another two successful kicks before handing over kicking duties to Roserutabua Tawanavavuvala who added three of his own, Eagles had a 54-0 half time lead.

The 2nd half saw no change to the pattern of play as Eagles dominance continued as further tries from Kaharau Kaihe (making it a hat trick), Pedro Canakaivata (two – to make it four in total on the day), Colin Jarvis (his second), a marauding run from popular forward, Michele Crolla (making it his second in two weeks).

Further tries from captain – and coach for the day – Lewis Clarke, Craig Smith and finally Danny Bete (to complete his hat trick) gave Eagles 18 tries in total on the day.

With 12 successful conversion attempts in total, the final score was Eagles 96 – 0 Forth Valley Vikings.

Whilst an emphatic victory for the Eagles, the heat played a part and enormous credit and respect must go to the players Forth Valley for their efforts right up to the final whistle.

Next up for the Eagles is a trip to Aberdeen next Saturday to face Aberdeen Warriors in the Scottish Cup semi final.

The next home game at Royal High School for Eagles is on Sat. 7th August against old rivals, Strathmore Silverbacks, in what is shaping up to be a winner takes all league decider. Entry is free and all are welcome.