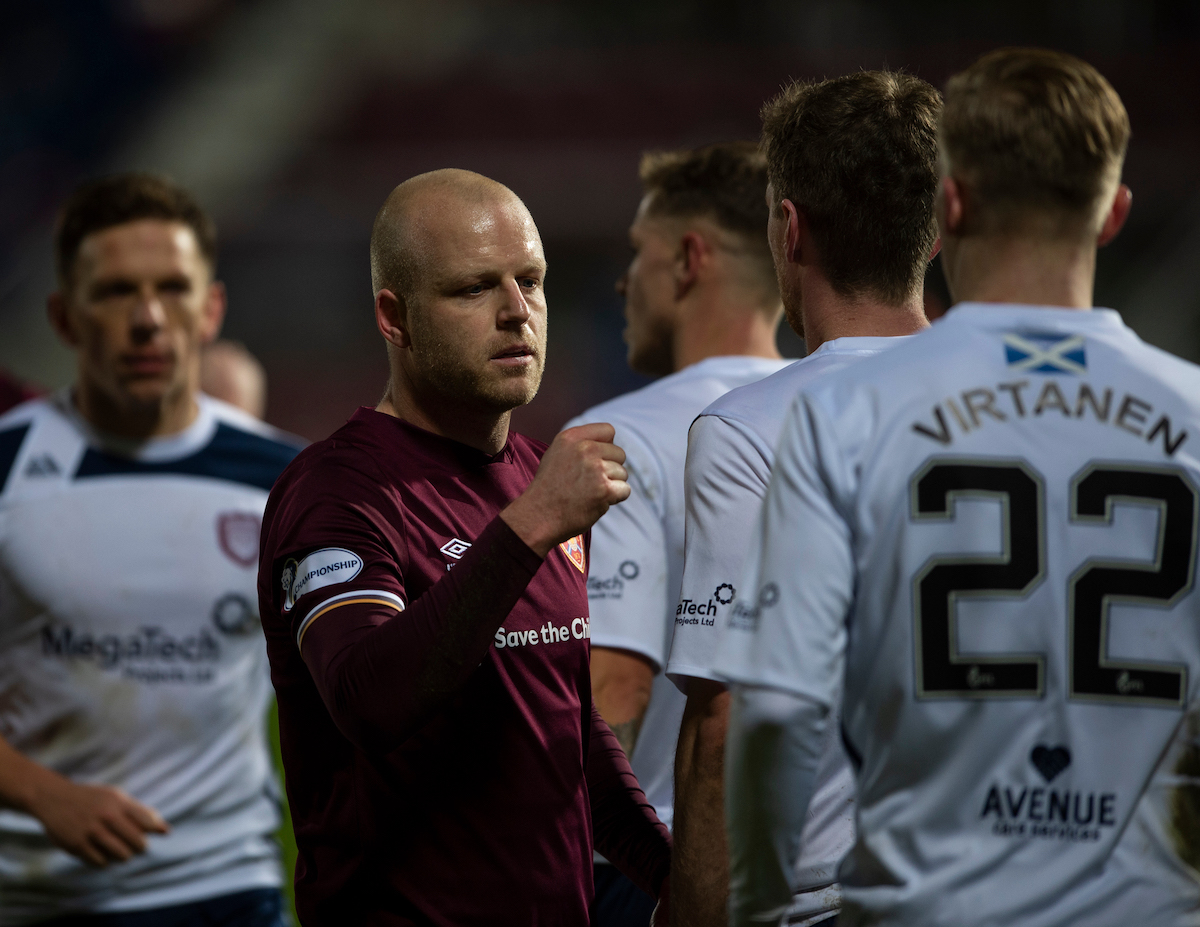 When Steven Naismith signed a four-year deal at Hearts in 2019 a coaching role seemed inevitable before that deal expired in 2023.

The former Scotland international and ex-Hearts captain called time on his playing career last month, as the club unveiled him as their new Football Development Manager.

Naismith knows the importance of the transition into the first team from personal experience and his ex-teammate and now coaching partner Lee McCulloch- who is one of Robbie Neilson’s Assistant’s- is delighted to have Naismith on board.

McCulloch said: “It’s brilliant to have Naisy as part of the team. What he brings is football knowledge in pressure situations. He is bubbly every single day, he has an opinion which is always good.

“Believe it or not that can be rare at times in some coaches.

“For the young coaches that Gordon and I have worked with before, sometimes they come in and just say ‘yes’ and ‘no’ to everything, but with Naisy, it’s “why are we doing that?” and “can we not try it this way?”. That’s what Gordon and I have been really impressed with from him.

“He has an opinion, and he isn’t worried to share it.”

Naismith’s career is well known. Having played over 50 times for his country, the forward started his career at Kilmarnock, before moving to Rangers where he won three consecutive league titles under Walter Smith. Naismith then made the move south of the border to play in England’s top-flight with Norwich City and Everton, before returning to Scotland to join Hearts, where he finished his playing career.

McCulloch said: “The managers he has worked under, the players he has played with and the experience he has means he has something to bring to the table.

“For what he has done in his career the players look up to him. Having a good career, it doesn’t automatically make you a good coach, but for me he is a total natural. He has a way about him, and he is in and about Gordon and myself every day asking questions. He keeps us on our toes and that’s brilliant.”

McCulloch played with Naismith for a number of years whilst the pair were at Rangers and he admits he always believed Naismith had what it took to make the step up to a coaching role.

Lee said: “Did I think he would become a coach one day when we played together? Yes. It was a long time ago, but he was always a fiery character, very fiery.

“He was club captain here last season and I think when you go into coaching from playing you need to have had a leadership role in my opinion. When you are with the players, being captain, it makes it the perfect transition to become a coach.

“He hasn’t changed, he is still so humble, but he has that side to him that he has an opinion, and he tells people exactly what he thinks.”

During Hearts’ Championship winning season fake crowd noise was pumped through the speakers at Tynecastle to make up for the empty stands, however Naismith’s constant shouting more than made up for the lack of atmosphere.

Lee said: “Does he still like to moan? Well Gordon and I let him take the bounce games in training.

“We do that because he used to moan at the two of us all the time when he was playing, so we are giving him a taste of his own medicine. But he laughed it off and took the whistle and off he went. He moaned more as a player, now he isn’t moaning too much.”

Some will call it moaning, others will say he’s encouraging and coaching those around him. The most evident thing about Naismith though, is that he is a born winner and someone who doesn’t like to lose.

McCulloch added: “Having another winner on the coaching team can only help. When you are a club of this size when the expectation levels are very high then you need that type of character. We can’t be doing with nodding dogs on the coaching staff.

“That’s why he is a great appointment. We have a bit of experience, game experience and training experience between the four of us and now we want to kick on.”

Hearts made it three wins and three clean sheets out of three in the Premier Sports Cup with a 0-2 win over Stirling Albion at Forthbank on Tuesday night. The victory see’s the Jambos qualify as group winners with a game to spare and offers up the opportunity of squad rotation for the visit of Inverness on Sunday, before Hearts get their league campaign underway the following weekend against Celtic.

McCulloch concluded: “We’ve got a good squad and we know the importance of the Celtic game, but we’ve not really spoken about that yet. We’ve got an important game on Sunday. Sunday’s game is a chance for the players to stake a claim for the starting line up if they want to play the following Saturday in such a massive game.

“It’s the manager’s choice, but I dare say there will be one or two changes.

“It’s really important to keep the momentum going, we’ve won three from three, top of the group, we’ve already qualified but we need to keep that momentum going. We won’t be taking it lightly.”