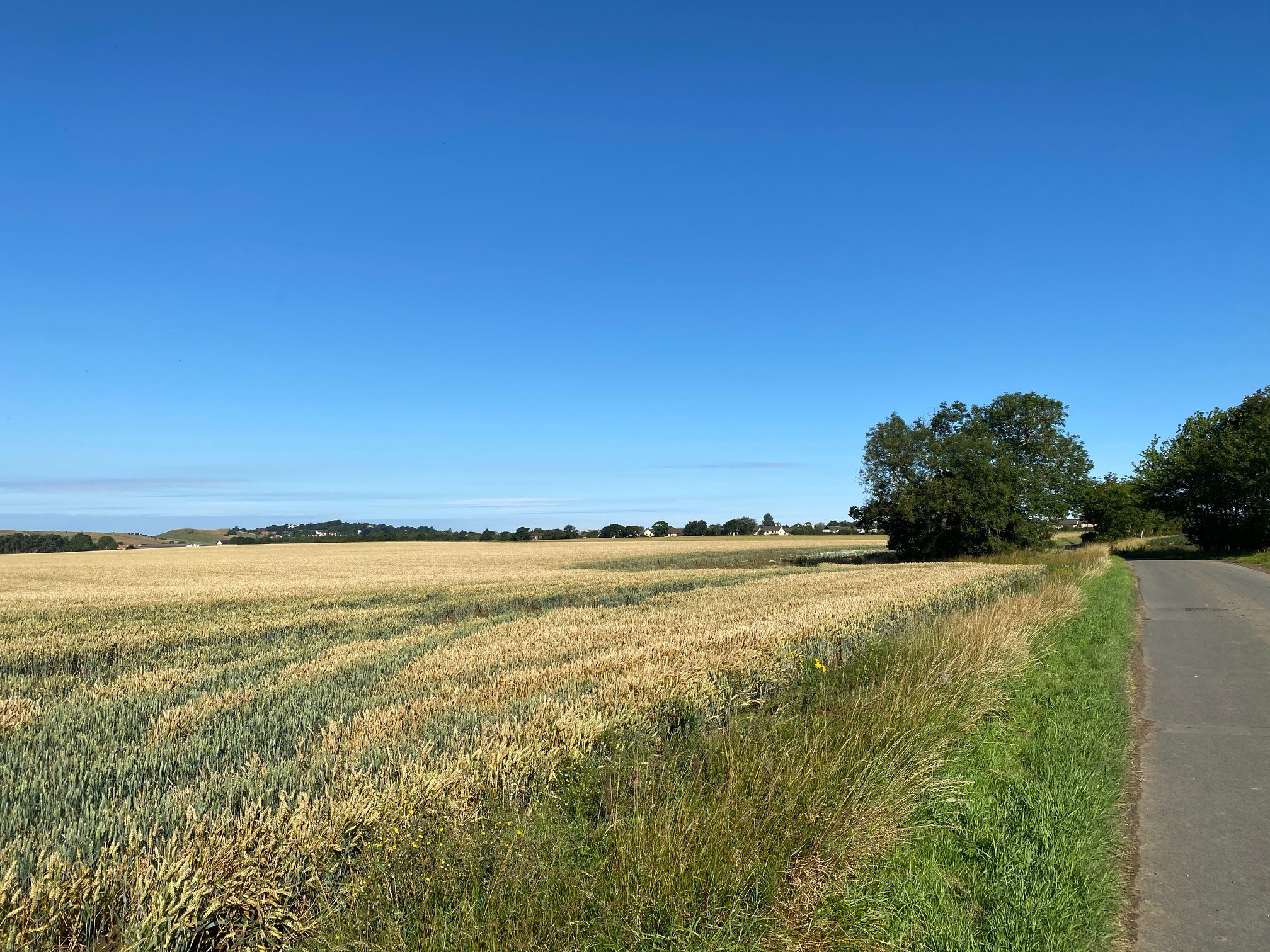 East Lothian Council has confirmed that there may be a further delay of up to three years in starting work on a four mile cycling and walking path between Drem and Gullane.

Campaigners who have already worked for almost 16 years to ensure the path is created, are mystified as to reasons for the delay, pointing out that it would help reduce emissions, improve air quality and allow safe travel between the villages. The council have now said that it could take years before the diggers move in, which shocked those behind the DG Corepath campaign which is almost universally supported by locals and businesses alike.

At present Sustrans Scotland is still considering a £15,000 application by East Lothian Council to prepare the design options for the first section of the path near Drem – a 100 metre stretch entering the village from the north.This consultancy work cannot begin until the funding is approved, although campaigners are confident that the money applied for in November 2020 will be forthcoming by Autumn 2021.

We understand that the landowner has already agreed to allow the proposed path to cross their land, and while there is some design work and possibly some planning permission to be put in place, the delay seems unbelievably long to those behind the campaign.

An East Lothian Council spokesperson advised: “We are pleased to be continuing our work to identify and deliver active travel options across East Lothian, building on projects from recent years. A comprehensive study, published in August 2019, concluded that a route for a safer link to cycle between Drem and Gullane was not viable at the time.

“Sustrans has since reviewed the study and suggested that they could revise their criteria which may allow part of a route to be created as an “on road” solution, rather than as a route segregated from the carriageway. We have applied to Sustrans for funding to carry out further feasibility work and expect a decision around September.”

Paul McLennan MSP said: “I am happy to support the campaign. The benefits of the path in regards to health, wellbeing and tourism would be a real boost to the local economy.

“I would urge all the groups involved to do all they can in making this a reality.“

I went to Drem to see for myself what the position is. Taking a train from Waverley to Drem takes around 20 minutes. It is a popular commuter route for those working in Edinburgh and also schoolchildren. I took my bike with me so that I could experience the journey from Drem Station to Gullane along the B1345. You can listen to the podcast we recorded along the way from Drem to Gullane here or by clicking below.

Alighting from the train I was met by one of the campaign group, Iain Monk, who showed me the route.

Mr Monk explained the route would benefit everyone in the community whether they are cyclists, walkers or runners. We set off on the main road from Drem Station, through Drem Village not far away from the Museum of Flight. In recent years there has been considerable new housing built in the area, increasing the number of vehicles using the road.

Iain said: “The whole point of the campaign is to attract people to the area. The path would travel behind a hedge on one side of the road and then branch off from the B road on a quieter route towards Gullane.

“The council just say that it takes a long time for these things to get done, but it flies in the face of what the council has been saying about the climate emergency. that urgent action is required.We think that the council should take their climate change obligations very seriously and get moving on this path which the community wants. We have the COP26 Climate Change conference coming to Scotland in November and it would be hugely embarrassing for East Lothian if by then there was no firm decision on the construction of this path.”

Just after leaving the station we were overtaken by around seven cars in quick succession on the road, some of which were travelling at considerable speed for a narrow road like this, and even for a seasoned cyclist, a little scary. In Gullane I met Clare Cavers a local resident and campaigner. While she is a proficient cyclist she explained that she would not allow her teenage children to cycle to Drem to catch a train, nor would she take that route herself. She said: “If we are going up to town then I would never cycle to Drem. I would cycle to North Berwick and get the train from there as it is much safer. I work in North Berwick and I cycle there each day. It is a lovely cycle as most of it is off road.”

Planning permission was already granted by East Lothian Council to CALA Homes for a separate shared path between Gullane and West Fenton, just a short distance from the centre of the village, where the new houses at Saltcoats Field are being constructed. It is hoped that this, and also a core path from the village would all eventually link up.

Chris Holmes another member of the campaign group said that the need for the path is now greater than ever due to the housebuilding which has taken place over the years. He said: “We have needed this for a long time to avoid the dreadful road. During the lifetime of the campaign the population of Drem and Gullane has increased with young families who need the access for walking and cycling.”

Alan Rae, owner of Fidra Fine Art is not a cyclist, but fully understands there could be an economic benefit for his and other businesses in the village if the path was created. He said: “If we had the new link it would be a very pleasant way to bring more people to the village. I think it is a no brainer really.”

Louise Pickering who owns the café Cherish on the High Street, where we stopped for scones and coffee, said: “I think it would make a big difference to the businesses here. I have friends from Edinburgh who are keen cyclists and they would never use that route.”

Dominic Campanile, general manager of The Old Clubhouse bar and restaurant in Gullane, said: “As a local business, the Old Clubhouse is in no doubt about the positive economic impact of more cycling and walking infrastructure. The Covid-19 lockdown has shown that people clearly want more active travel options. That is why our business hopes East Lothian Council will look to the future and invest more in active travel infrastructure.”

You can listen to our chat recorded during the cycle from Drem to Gullane on Anchor.fm here.