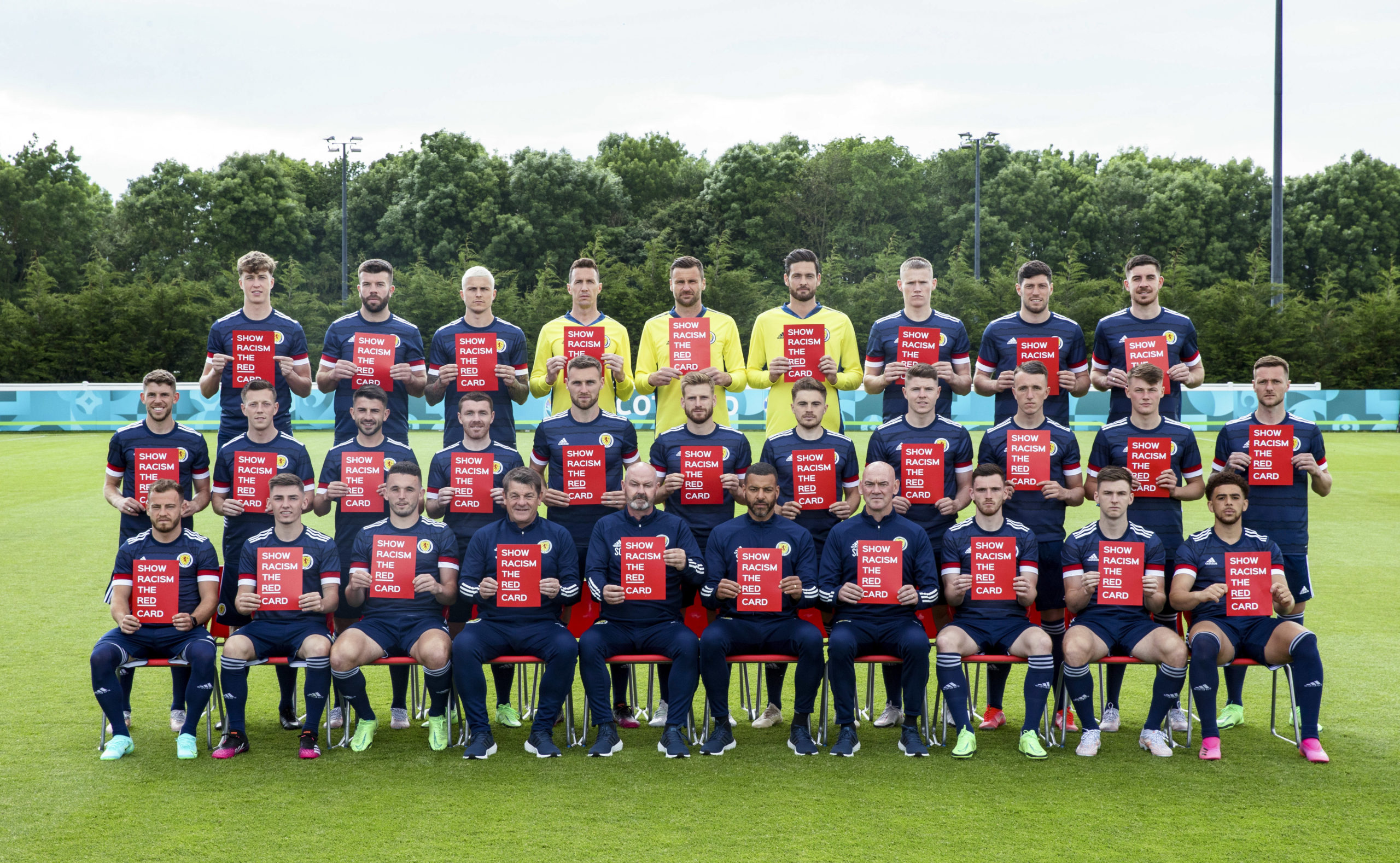 Scotland and England players will share their commitment to anti-racism tonight at Wembley by supporting Show Racism the Red Card.

It’s particularly poignant with both sides committing to take the knee pre-match, despite a section of England supporters continuing to boo the gesture in recent matches.

Both sides, along with Wales have all underlined their commitment to equality, anti-racism and anti-discrimination by taking part in the photographs with Show Racism the Red Card.

Show Racism the Red Card is the UK’s biggest anti-racism education charity and is celebrating its 25th anniversary this year.

Since its inception in 1996, they have delivered anti-racism education workshops to more than 826,000 young people.

Earlier this year Gareth Southgate took part in a special podcast for Show Racism the Red Card in which he gave his feelings on taking the knee.

“ It’s supporting team mates and staff. It’s unifying. People say it’s lost its impact. Every game I go to, I feel it’s hugely powerful. Maybe through a situation we didn’t like (the booing ) and which was  uncomfortable to watch,  maybe this can move forward and we see more crowds clapping and supporting which would be a good thing.”