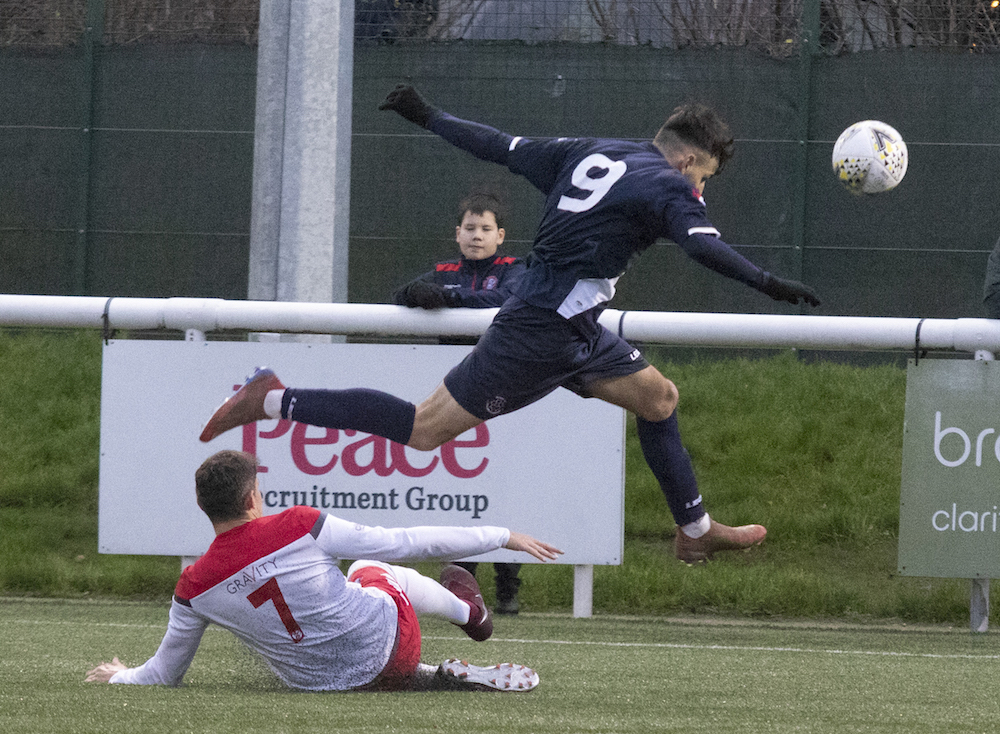 The highly rated youngster made his Hibs first team debut in 2020 and has had several loan spells with Finn Harps, Forfar Athletic, Civil Service Strollers and Kelty Hearts.

Manager Gary Naysmith told ECFC TV: “I can confirm that we have secured the signing of Ryan Shanley on a season long loan from Hibernian. Ryan is an Edinburgh boy and we are delighted that he has decided to join the club for the season ahead.

“Ryan, 20, has came through the ranks at Hibernian and has already made a few first team appearances. Although primarily a striker, he can also play in several other positions at the top end of the pitch and he will undoubtably boost out attacking options for the season ahead.

“I must thank everyone at Hibernian for helping us finalise this deal, especially Jack Ross & Graeme Mathie”.

Shanley told ECFC TV: “I am buzzing to have signed on loan for Edinburgh City and I can’t wait to get started. I am looking forward to the season ahead and hope that once again we will be fighting for promotion. I have worked with Grant Murray in the past and so I know the kind of standards to expect and looking forward to working with the manager who has brought me into the Club.”

Shanley is the latest new recruit, following Callum Tapping, James Hilton and Lewis Kidd as Gary Naysmith continues to put his stamp on the squad.