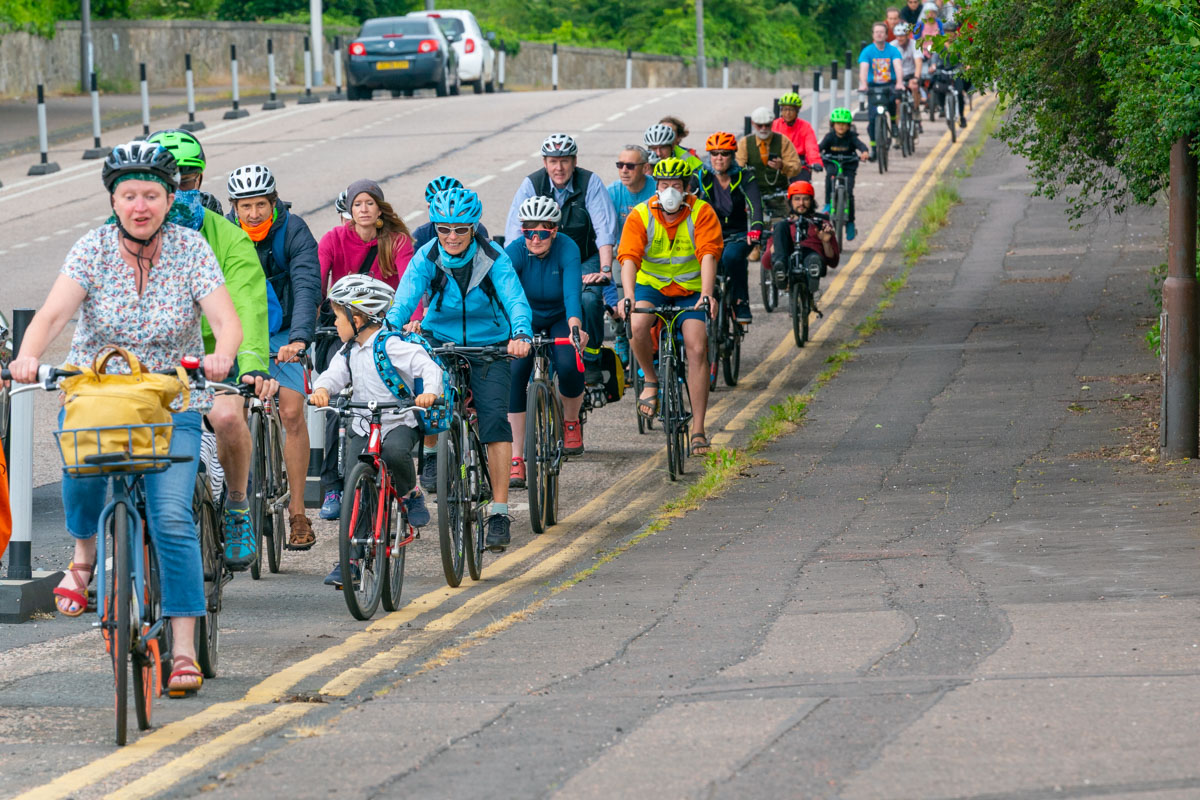 The full council of 63 councillors meets virtually tomorrow and one item on the agenda has attracted more comment than most. It is 7.13 the continuation or otherwise of Spaces for People measures which have been installed in the city over the last year.

Of the measures introduced there is one which the coalition administration appeared to take a different route when the Transport and Environment Committee met last week. The SNP-Labour councillors on the committee suddenly offered to take out the segregated cycle lanes on Lanark Road in what appears to have been a rather surprising, political move.

The council officers who pored over the public consultation and the market research had recommended retaining almost all cycle measures – 39 km have been installed in the last year. Edinburgh has 1500 km of roads so this is, despite what the loud opposing voices believe, a small part of our city’s roads.

In an effort to persuade the councillors who will have a second vote on the proposals tomorrow, Ewen Maclean of Blackford Safe Routes, and a member of the Better Edinburgh for Sustainable Transport (BEST) group, put a call out on Twitter and social media. He asked people to join a mass cycle on Lanark Road tonight to protest about the waste of the infrastructure which is already in place and which has cost around £200,000. Around 200 or so turned up at the Inglis Green junction and cycled to Gillespie Crossroads with some of them coming back down the hill again.

And tonight it appears the coalition have made another U-turn which will allow a stay of execution for the cycle lanes which have been the subject of so much discussion.

And it all seems to have worked as the council leader Adam McVey has just published a tweet attaching a copy of an amendment to the report suggesting that the council pauses and takes time to collect more data.

Thanks all who got in touch on Lanark Rd, including good suggestions from locals on how to improve it.
We’re asking Council to pause removal to get more data on usage. Final decision in Sep. & asking officers to engage further with residents & community councils in meantime.👇 https://t.co/qVogwQyaV9 pic.twitter.com/ivxKD7ihJ7

So the cycle lanes are safe for now – they were safe anyway while the public health message stays in place. However the way the roads legislation works is complicated. The council plans to use Experimental Traffic Regulation Orders to retain any Spaces for People measures beyond the pandemic and the period of government restrictions.

But this evening cycle power was evident on Lanark Road.