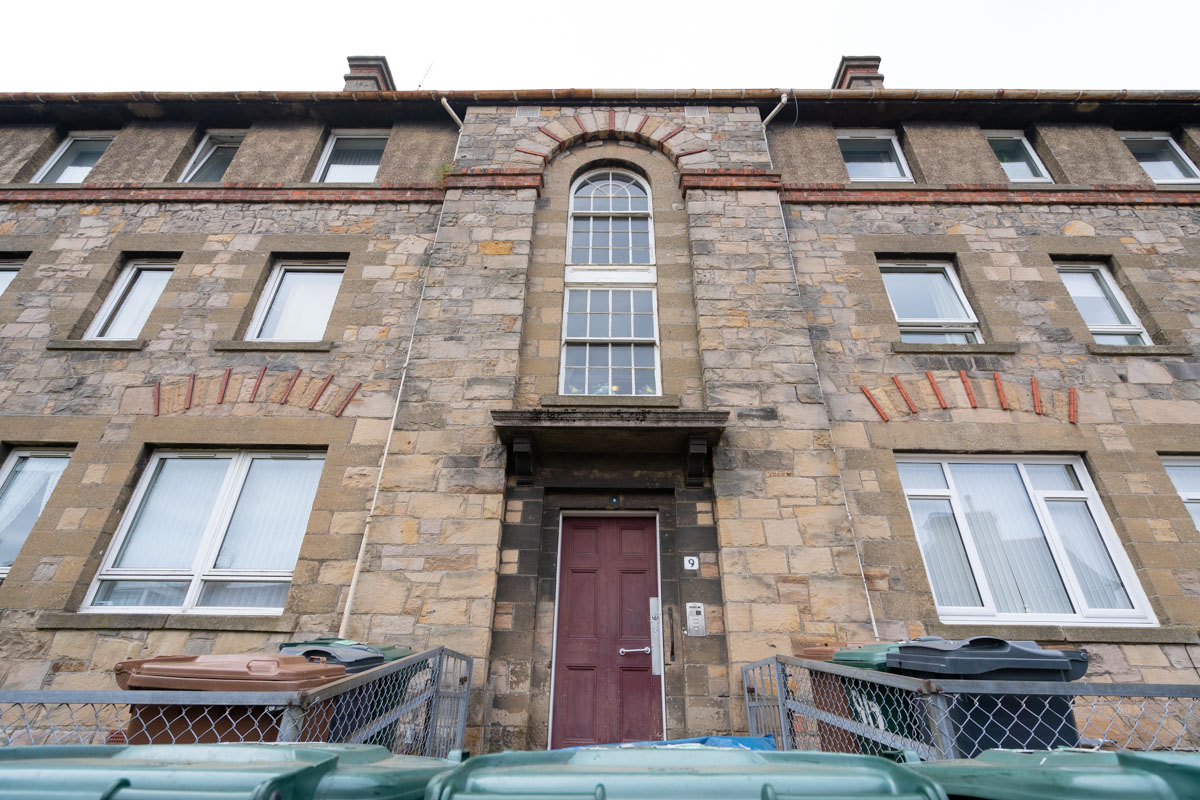 Last year the original houses built by the council in Northfield were 100 years old. No celebrations could mark the centenary, but there are plans afoot.

In Gifford – Buildings of Scotland the housing is described like this: “To the N of Willowbrae Road two large areas of housing. First NORTHFIELD, mainly three-storey blocks designed and laid out for the City by Fairlie, Reid & Forbes after a competition held in 1919. The neutral colour of harled walls is relived with red brick and red tiles. Rubble walls here and there, e.g.at Northfield Gardens and Nos. 53-57 Northfield Broadway, where both design and composition are outstanding. For Reid & Forbes’s equally distinguished Royal High Primary School see above.”

Steven Robb, Deputy Head of Historic Buildings at Historic Environment Scotland, has written extensively on the subject of housing, from the slum clearances of the Old Town and the Southside in the late 19th century with the help of town planner, Patrick Geddes, to the interwar work of City Architect, Ebenezer MacRae, (also responsible for designing the city’s police boxes). The Edinburgh Reporter spoke to Mr Robb about his personal research relating to Northfield, where the development “successfully mixed  tenements, flatted blocks and cottages together in a meandering characterful plan using brick, roughcast and solid stone walling”.

He explained that the Housing (Scotland) Act 1919 was introduced to deal with overcrowding and housing shortages. He said: “The government used the act to kickstart the housing industry, and they gave out generous subsidies to councils so that they did not have to put their rates up.”

The act became known as “Homes fit for Heroes”, to give those returning from war somewhere to live, but it also had the objective of improving public health following the mantra a “healthy family in a healthy home”.

The 1911 census proved that Edinburgh had a housing problem. Over 110,000 people lived in either one or two room houses, accounting for 41% of the city’s housing stock, and some 40,000 people lived three to a room.

Robb continued that the first housing built after the 1919 Act was the result of an architectural competition for private Midlothian architects, offering four new sites in Edinburgh including Northfield. The first homes in Northfield were opened in October 1920. The council had bought 40 acres from the Duke of Abercorn at £300 per acre.

In June 1920 architects Fairlie, Reid & Forbes publicly exhibited their “admirable housing scheme” for 322 houses. These were three architects who collaborated only for the competition. They went on to design other notable buildings in the city. Fairlie designed many Catholic churches and the National Library of Scotland on George IV Bridge. The other two designed many Edinburgh schools.

The strange thing was that the trio did not even win the competition for this area. Other architects, AK Robertson and Thomas Aikman Swan, won the competition for all four sites, but it had already been decided that no one firm would be allowed more than two. Robertson & Swan were awarded the sites at Wardie and Craigleith, and Charles Tweedie was given Saughtonhall. Craigleith and Saughtonhall were in due course abandoned.

Steven said that the council started by building low density schemes with cottages, but then owing to the high cost had to resort to constructing four in a block, or flatted tenements. He pointed out that Edinburgh wanted to avoid “urban sprawl” so they built houses quite close to the city centre and where people worked.

Building costs were high after the war simply because of high demand, but at one time building in brick or stone had cost roughly the same. Steven believes that some of the stone tenements built in Northfield Gardens are the only 1919 Act houses to be listed. He said: “It’s quite rare to be listed but they were of such high quality, and it was down to the architects who were really good. There is such a variety of housing in Northfield, the architects seem to have really enjoyed themselves.”

From the valuation rolls, Robb discovered a lot of middle class professions represented among residents in the 1920s, rather than any poor people from the slums who needed better housing.

Robb likes the area very much, particularly the fact that it is very green with lots of garden space and open spaces. He said: “I think it is a really good plan, for example it has been designed with cut through lanes. I don’t really like the fact that gardens have been paved over, as it was originally planned as a very green development.”

The Depute Lord Provost, Joan Griffiths MBE, is ward councillor for Craigentinny/ Duddingston. She told us that she has a photo which is hung in her rooms in the City Chambers, which she received from one of her constituents. It shows Northfield Farm as the area used to be before housing was built there.

Cllr Griffiths said: “When Lorna Frost contacted me about marking the centenary, I told her I thought it was a great idea. Northfield is quite a distinct wee area, and from a council housing point of view it was one of the most sought-after areas for a long time. People wanted to live in Northfield. It is a great idea to celebrate it.”

Fiona Clark, a member of the Northfield & Willowbrae Community Council, has lived in Northfield for much of her life.

Her parents and two brothers moved in when the house was brand new in June 1967. They lived in the prefabs in Mountcastle and had to move as these – a form of post-war temporary housing – were being pulled down. Everyone from there had to move to Northfield Drive.. Her father Duncan, now 90, is the only one left who has lived there since the houses were built. These newer blocks have balconies where Fiona grows herbs now.

She said that some people don’t realise that there are 100 year-old houses in the area.  Although she does not live in the older area she explained it was still a sought after area in the sixties. She said: “You can say the same about the houses built in the sixties – the council had a points system, and you needed lots of points to get a house in Northfield. It was a lovely area when I was growing up – we all played together out in the street from the Grove and the Drive. While my parents bought their house, under Right to Buy, it is perhaps one of the worst things that happened to the area. If it was still solely council homes, then I think this area would be nicer.”

Wendy Barrett and her family were about to move to the country when we went to meet her.

The house they bought in Northfield Avenue some 26 years ago is one of the originals, but rather unusually for Edinburgh and indeed Scotland, built of red brick. She said that the thing she likes about the house is that it feels very solid, and that moving from a top floor flat in Easter Road it felt like “a proper house”.

Red brick is considered more of an English style. Although it is a “cottage style”, the house has high ceilings and “decent sized rooms”.  It also has a large secluded garden. Wendy, who is an actor, said: “When I was selling the house and showing people round they all mentioned how large it was, and with people now wanting garden there was lots of interest.” Wendy explained that people wanting to live in the area had originally to meet certain criteria, and so many were white collar workers. The interesting thing about the house she was just leaving is that that Wendy’s was only the third family to live there since it was built. 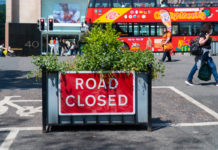 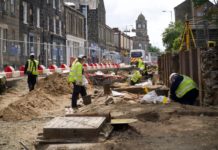