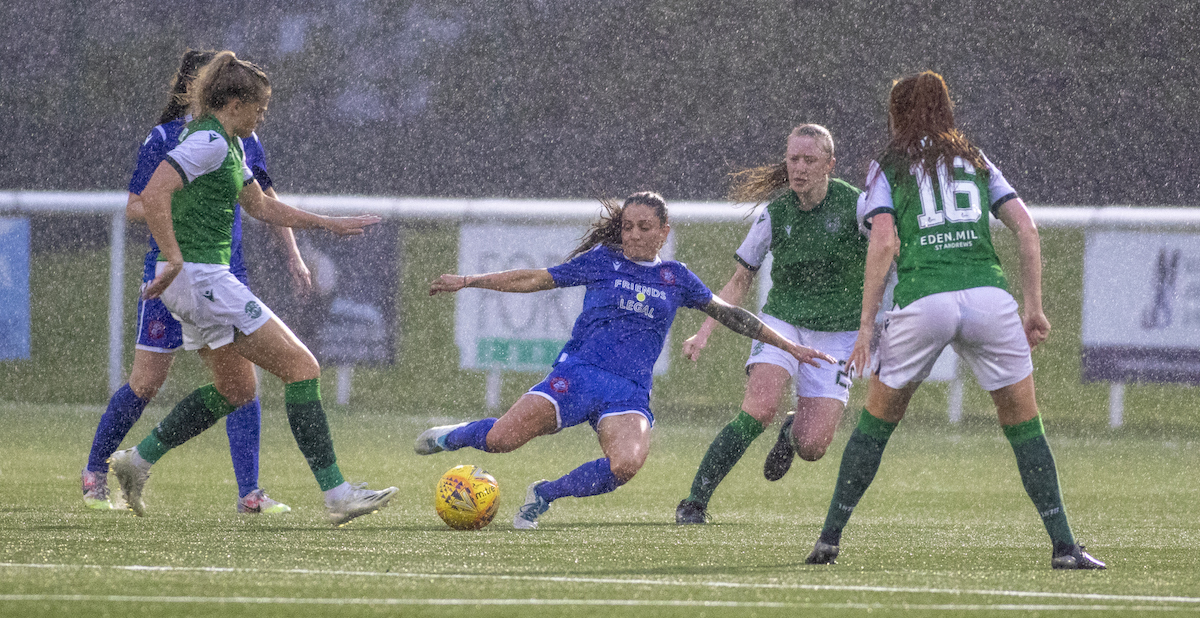 Hibs needed a late equaliser to secure a share of the points in the Edinburgh derby against Spartans at a rainy Ainslie Park tonight.

Spartans created the first chance of the night but Kat Smart’s long range effort was just off target.

Both teams created chances as play raged from end to end and Hibs would have taken the lead but for some excellent defending by Smart.

Alana Harrison then did well to save a free-kick then Emily Mutch did likewise to deny Ronaigh Douglas.

Shortly before the break Spartans took the lead when Sarah Clelland’s cross to the back post was finished by Caley Gibb.

Shortly after the restart Smart tried her luck from distance but Mutch saved easily.

In the 64th minute Eildh Adams replaced Kirsty Morrison as Hibs looked to get back on level terms.

Moments later Spartans had a good chance with a free-kick in a dangerous position but Michaela  McAlonie’s effort was off target.

Just when it looked like Spartans would manage the game out to a victory Hibs equalised with a well-worked free-kick which resulted in Leah Eddie flicking the ball past Harrison into the net.