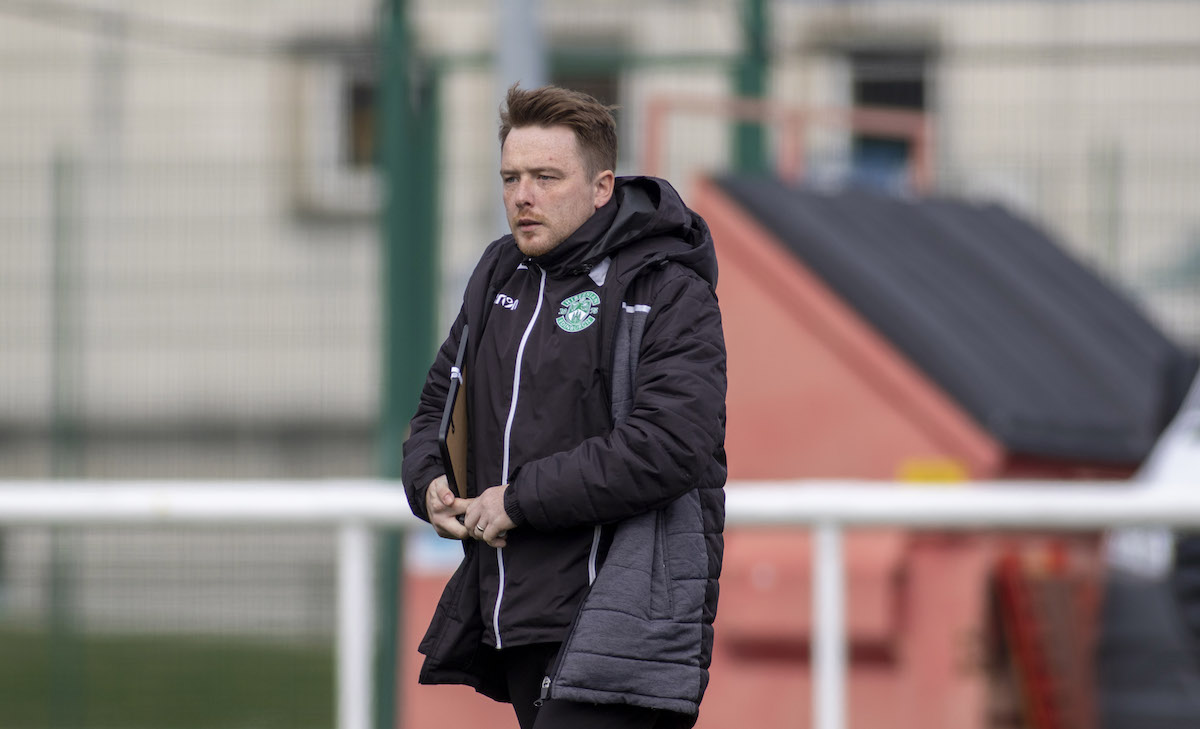 Hibs’ manager Dean Gibson was delighted with his side’s 6-0 derby victory and believes that result more than answers the critics who turned on the players after the shock 1-0 defeat to Hearts earlier in the season.

Hibs took just three minutes to open the scoring on Sunday when Ellis Notley capitalised on a mistake from Charlotte Parker-Smith then a double from Amy Gallacher made it 3-0 at half-time.

Carla Boyle made it four within a minute of the restart then Gallacher completed her hat-trick.

Rachael Boyle completed the rout from the penalty spot and although he was happy with the final tally, Gibson insisted that the margin could have been greater.

After the final whistle Gibson told Hibs’ Media: “I’m delighted. A lot of noise was made after the last game, not by Hearts but outside media questioning the players. We knew after that game that we were hard done by and we said that to the players that if we can convert the chances we create in games that we are going to hurt teams and we managed to do that.

“The thing that pleased me most was that we kept the defensive discipline that we have shown in the last three games and we have added a lot more going forward. I’m absolutely delighted with the players and am really happy for them because they have came out of a hard spell and manage to come out of that with a victory so long may that continue.

“If you win six-nil you are happy but we genuinely could have scored more goals, but when you are comfortable in the game you can afford to miss chances. We did that today and for me the most pleasing part was keeping a clean sheet.

“That performance wasn’t any better or worse that we played in the last three games. We are getting a consistent performance out of the group now and so long as we continue to play to the consistencies that we have done then we are going to hurt most teams in this league and give ourselves an opportunity to win most games. If we can play the way we did today and last week then I have every faith that we will win next week against Forfar.”

Debutant Eve Donald added: “It was a  good feeling. I’ve been working hard in training which led to my chance so I just have to kick on from it and keep going. It was a good three points. It’s always good to win a derby. The players have worked really hard the last few games and the three points was what we deserved.”