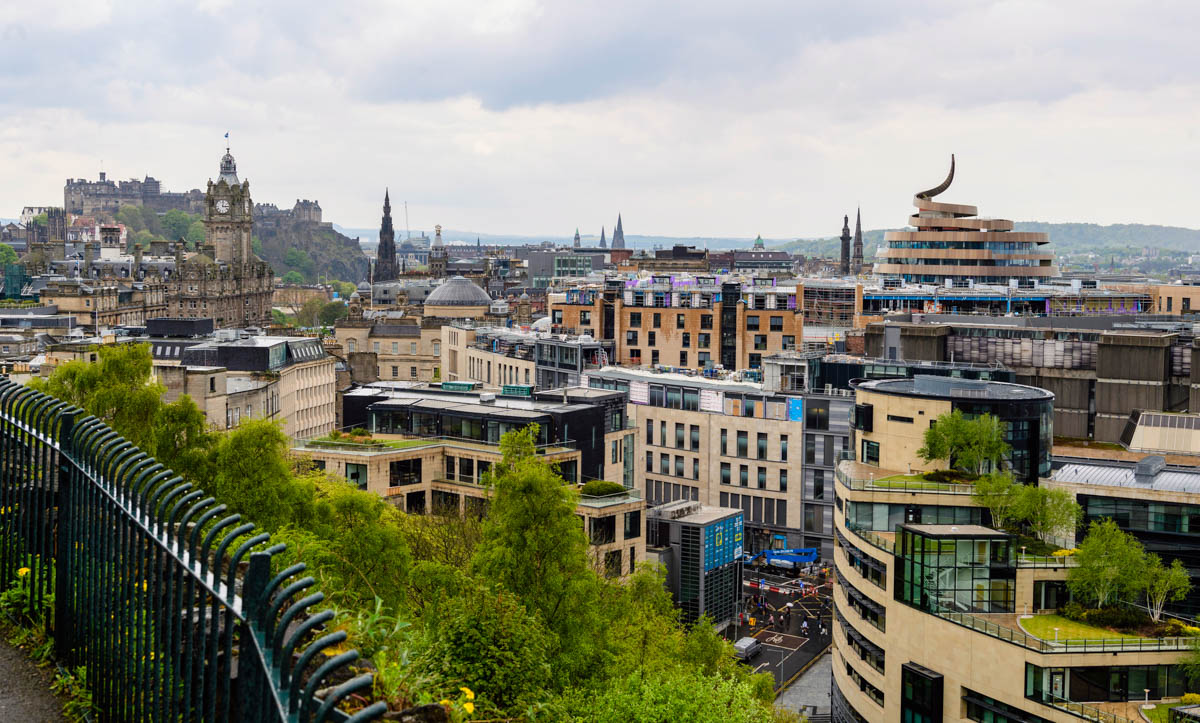 The final crane at St James Quarter has officially been removed following five years of construction at St James Quarter. Using 17,378 tonnes of steel and taking, an estimated, 2.835m working hours, Edinburgh’s skyline is finally revealed to the public.

Since construction began, 13 cranes have shaped the city skyline and played a key role in the construction of the £1bn project. The removal of the final crane marks another celebratory milestone for St James Quarter, which is working towards opening at the end of June.

Reaching peaks of over 88m, the St James Quarter cranes grows almost as tall as the Capital’s iconic Calton Hill and, over the years, became a much-loved fixture of the Edinburgh skyline. The cranes became a local talking point within the city and lit up the sky at night – a permanent lightshow visible from far and wide.

As the final crane is lowered, it signifies another step forward for the long-anticipated opening of one of the most significant UK city centre transformations undertaken in the last decade. The phase one opening will bring together brands from global to local, combining convenience and luxury with an offering that includes; Zara, Mango, Pull & Bear, Rituals, H&M, Kurt Geiger, Tommy Hilfiger, Calvin Klein, as well as Dune, Bonnie & Wild, Bross Bagels and Salerno Pizza, ensuring there is something for everyone to enjoy.

Still to come in the latter phases of the development over the next 18 months will be an enticing mix of more shops, restaurants and bars, a W Edinburgh, a boutique Everyman Cinema, a Roomzzz Aparthotel, New Eidyn residences that will provide 152 premium apartments with exceptional amenities, by developers Native Land, and an unrivalled guest experience providing customers with an enviable events programme in a range of new and attractive public spaces.

Martin Perry, Director of Development at St James Quarter, said: “The removal of our final crane is another monumental moment not only for the team at St James Quarter, but for the City of Edinburgh. Our cranes have become a significant addition to Edinburgh’s iconic viewpoints for many years and although many will be sad to see them go, it does mean we’re one step closer to opening our doors next month.

“Our phase one opening is a significant moment in Edinburgh’s history, and we can’t wait to share what lies behind the quarter with the people of Edinburgh and beyond.”