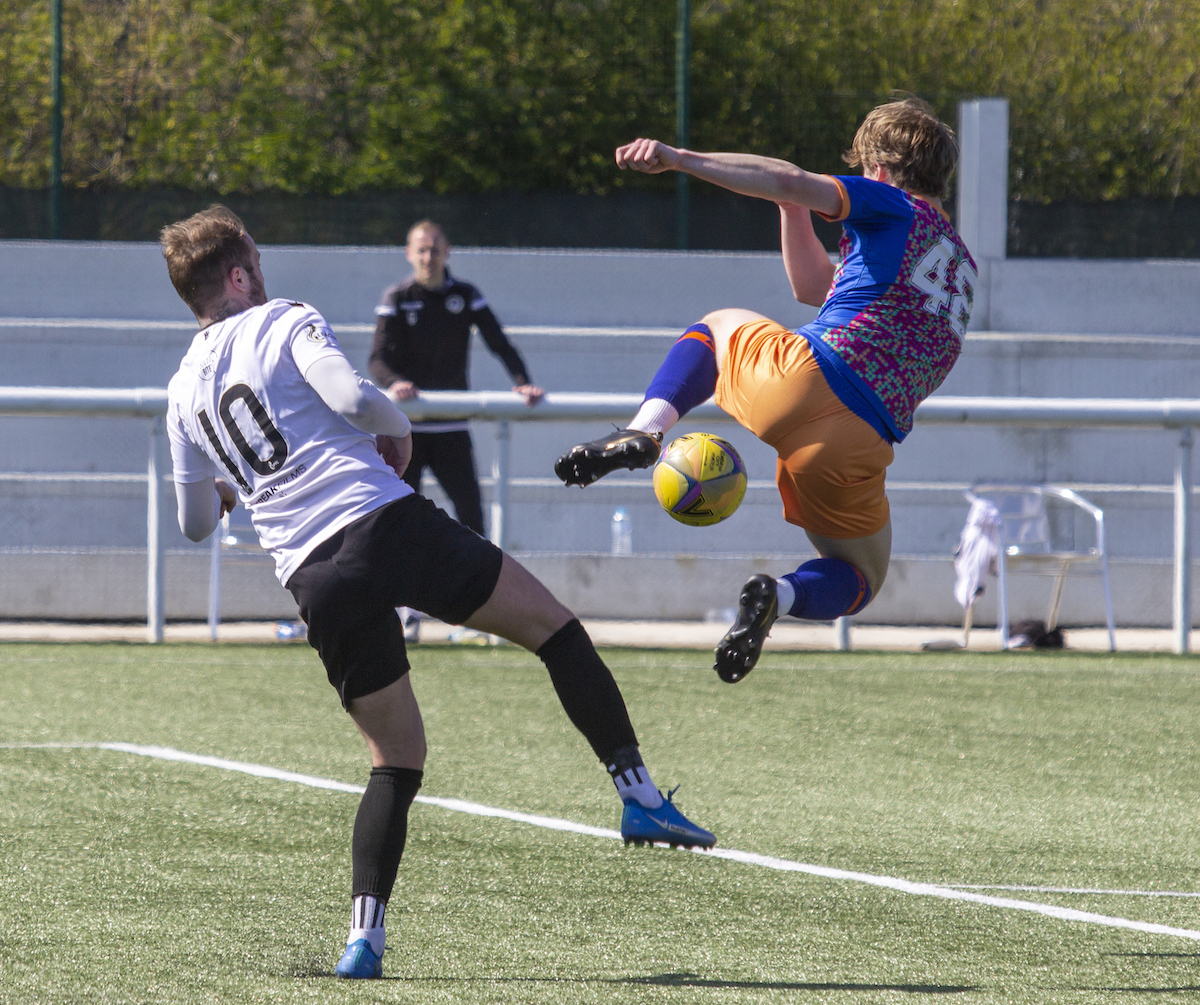 The Citizens went into the game in confident mood sitting second in the table, 12 points behind the Spiders, and undefeated in the league since Stirling won 3-2 at Ainslie Park on 19th December.

Gary Naismith’s side were looking to cement second place with just two games remaining before the split whilst high-flying Queen’s knew that three points would put them within touching distance of the League Two title.

The visitors had the better on the opening spell and took a deserved lead when Peter Grant headed home from a superb cross by Luca Connell then moments later almost doubled their lead when Gillespie’s shot flew just wide of the post.

Queen’s continued to press forward after the restart but it was the Citizens who scored next when a corner fell to Henderson who fired the ball into the net to equalise.

Shortly before the break See went close with a header from Craig Thomson’s free-kick but his effort went just over the bar.

Both sides created chances before the hosts took the lead when skipper Thomson’s free-kick  was headed home by on-loan Hibs’ striker Josh Campbell.

Brown replaced Danny Handling shortly before Queen’s equalised when the unmarked Murray headed home a superb cross from Michael Doyle at the back post to level the score.

Goal scorer Henderson suffered an injury and was replaced by Laird for the remaining 10-minutes as both sides looked for a winner.

City had a strong claim for a penalty turned down before Murray grabbed his second of the day in the 82nd minute latching onto a cross from William Baynham at the back post and slotting the ball past Callum Antell.

The hosts continued to attack and a late Laird effort was blocked as the visitors held on to secure the three points and almost certainly the league title.

City remain in second place ahead of Stirling Albion on goal difference. The pair meet on Tuesday night in Stirling in a game that is likely to decide who finishes second.