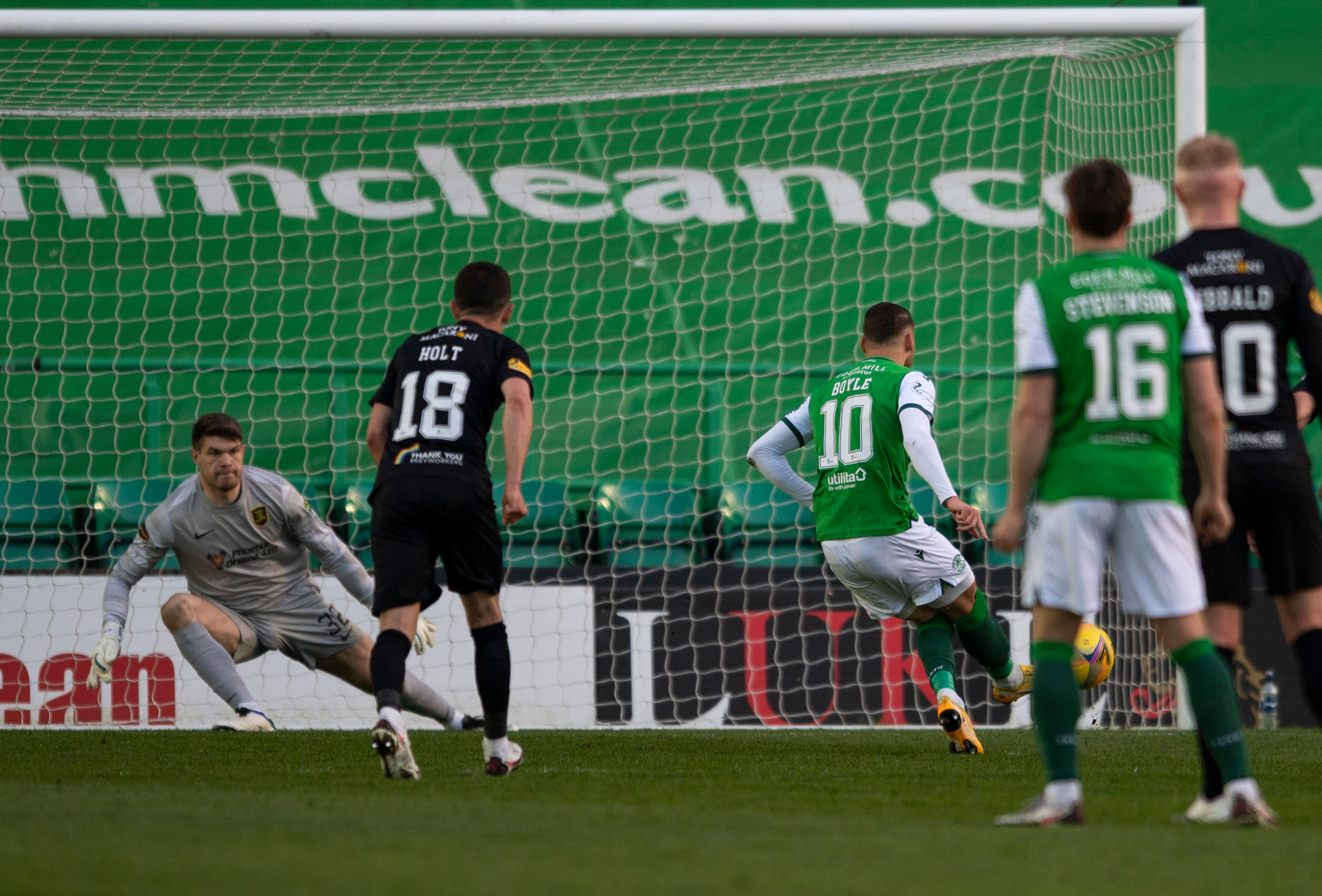 It’s been a great week for Hibs’ on-fire striker Martin Boyle. A double against Stranraer earned him a place in the SPFL Team of the Week then another goal and an assist against Livingston secured European football at Easter Road next season.

Boyle accepts that he had a ‘dry spell’ earlier in the season but he is now back on top form.

After the game Boyle told Hibs TV: “I thought we played really well in the first-half. I thought we were relentless. We were getting at them and had good positions and were able to isolate them, trying to get behind their back three and make things happen.

“They never gave up. They came out with a good fighting spirit and made it difficult for us. We were disappointed not to keep a clean sheet but three points at this stage of the season is the most important thing.

“Everything has just  clicked into place this season. Obviously I had a dry spell after I signed my contract and the old contract ‘virus’ got me for a few months but I am a strong character and I came back fighting and I am always keen to score goals and set up my team mates and thankfully I’ve done that this season.

“Hopefully I can kick on again and get more. I never set myself targets and I’m just happy to be contributing to the team.

“We are all buying into the same goal with what the gaffer (Jack Ross) wants and what the club wants and we feel that we should be challenging for at least the Europa League and we are up there at the moment. This is the business end of the season where we can’t take our foot off the gas and we really need to kick on again for the last three games.

“The Motherwell game is a massive game and one we are all looking forward to. It’s another home game and hopefully we can get through to the next round. “

Jack Ross added: “My job as a manager is to get the best from players, they do the hard part on the pitch. I think he (Martin Boyle) enjoys the way we work from a man management and coaching staff perspective. We work on a lot of patters of play which bring out the best of him in terms of getting behind teams and getting into forward areas and into wide areas. He is a big players for us and he repays that faith in us setting up to get the best from him and what he delivers. He has had a terrific season.“