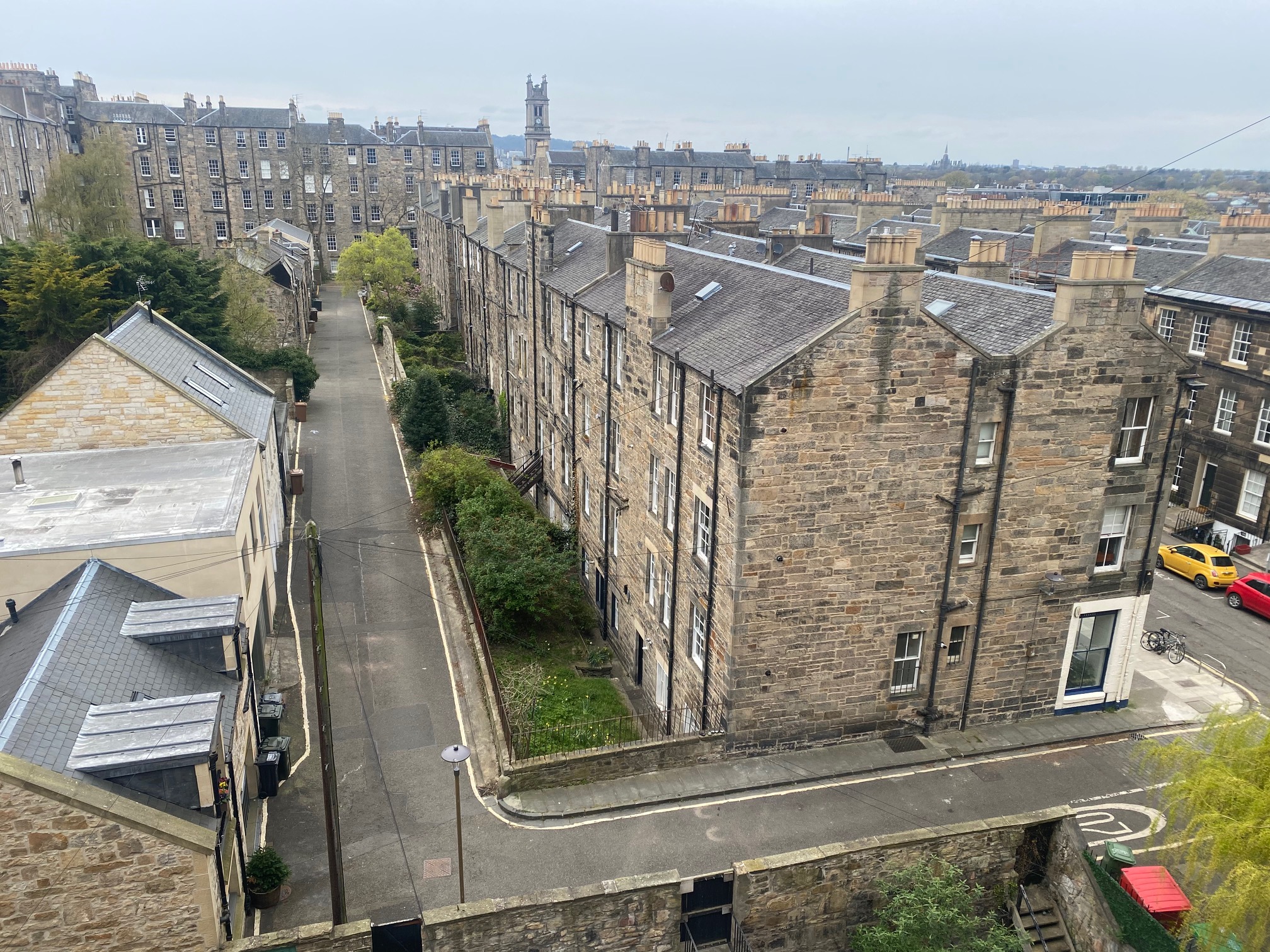 We received the letter below from a resident who lives next to the Cumberland Bar, on Cumberland Street and who is objecting to their application for three occasional licences.

These have been made necessary by the need for additional outdoor space at pubs so that they can sell alcohol, all within the Covid-19 regulations. The New Town resident who penned the letter to us recognises that pubs and hospitality businesses have to start earning a living again – but wonder if this new freedom will hold city centre residents hostage in their homes.

The list of occasional licence applications is here. This is growing daily as more pubs get ready to reopen. Objections to any applications must be made in writing and within a certain time limit to licensing@edinburgh.gov.uk. There is usually a need for the premises licence holder to also put up a site notice advertising the application.

It is worth checking the list to see if you will be affected by any of the applications. The list is added to daily.

We asked The City of Edinburgh Council to clarify why the applications have been made necessary, and it was exactly as explained above – more outdoor space is necessary for pubs to operate within the rules. The occasional licence operates for 14 days, and often licensees make several applications for different time periods so that they can cover several weeks at a time.

The Cumberland Bar have applied for an occasional licence (3 occasional licences). These licences, if granted, will last from 26 April to 6 June, operate from 11am to 10pm. They are for “an additional area for the consumption of food and drink”.

Any additional area will operate 7 days a week.

The applications were advertised last Friday and objections can be sent to licensing@edinburgh.gov.uk by 23 April 2021.

Having consulted several residents, there is a large consensus that the area is completely unsuitable for a temporary license.

Please see images provided The existing beer garden is situated on Cumberland Street, the two proposed additional areas are former storage areas.  These do not look suitable for purpose, they do not look safe and they back straight onto residential gardens.  If you have five people sitting at one of the allocated additional tables, that alone can create a significant echo chamber affecting 5 streets. The Cumberland Bar is situated in the centre of a densely populated, world heritage residential area – it is not a commercial centre.

The streets which are likely to be most affected are Cumberland Street, South East Cumberland Street Lane, Drummond Place, Great King Street, Dundas Street and Nelson Street.  Anyone overlooking the S E Cumberland St Lane will be affected.

The Cumberland Bar might contend this is only a temporary measure while distancing rules apply, but that does not mean the area is suitable and safe.  The use of temporary license is ominous with wider implications across Edinburgh. It will be tempting for The Cumberland Bar to increase their outdoor space permanently.  This would have a very negative, detrimental effect on local community.  There is only a short window of opportunity to object to a temporary license – 7 days.  It is not easy to find these applications which means that numerous similar applications are being passed across the city right now in anticipation of hospitality re-opening on 26th April.

Pre pandemic, the beer garden heralded a sunny day and whilst it could be noisy, it wasn’t out of control. When outdoor drinking was allowed after the lockdown last year the beer garden was always full with people regularly queuing in the rain.  Noise carried on long past closing time with drinkers taking up residence in the beer garden and surrounding streets.  Other people’s jokes and laughter is not funny at 3.00am.  The police were called on several occasions and according to some residents – numerous illegal house parties would follow after hours with further police call outs.  Several residents who spoke directly to staff said they ‘couldn’t control the behaviour of drinkers’ and ‘feared getting Covid’.  It was common place to see drinkers standing and sitting along Cumberland Street, Nelson Street and Drummond Place. If you were passing by, sometimes there was no choice but to walk on the road to avoid unmasked, unsocially distanced drinkers.  One elderly resident complained of regular difficulty accessing her flat as drinkers refused to move from their spot outside her door on Cumberland Street.

South East Cumberland Lane was also regularly used as a urinal.  This was witnessed by numerous residents.

Although hospitality has suffered during the lockdown others have too and surely communities have the right to peaceful enjoyment of their homes, and for their families or lone residents to be able to work and study and sleep – without regular disruption and noise.

There is a clear and present danger that residents living in the surrounding buildings could face disruption as they try to work from home (and many of us have no alternative just now) or to study, if this additional area is granted a temporary license. Many children have had enough disruption, they are just back at school, in some cases they have assessments, homework or exam leave when they study from home.

If anyone lives near The Cumberland Bar and wants to avoid a repeat of last year, then get your objection into the council now – before Friday 23rd April.

Council to decide future licensing of saunas next week