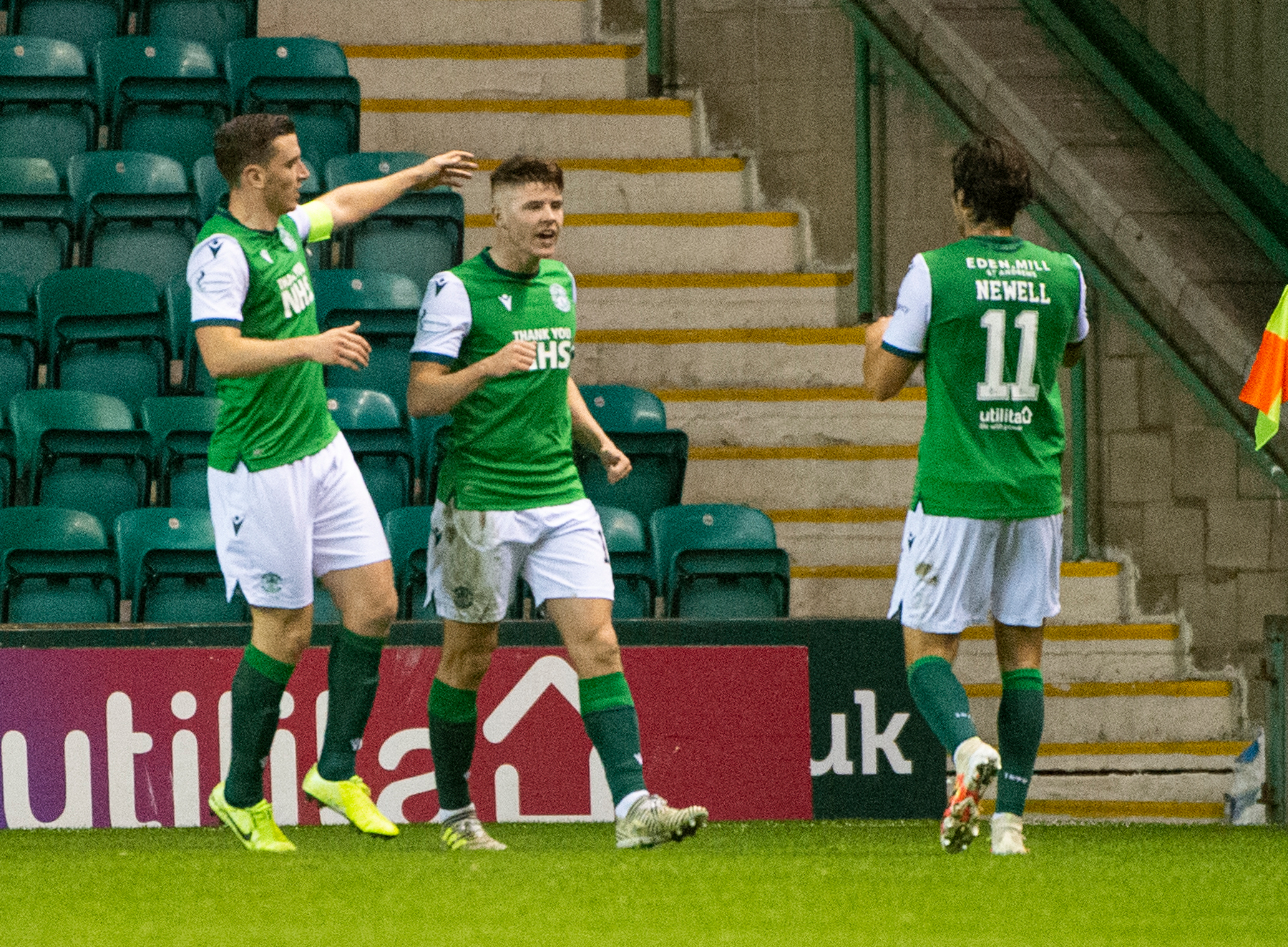 Hibs’ Head Coach Jack Ross says that there is a ‘spring in Kevin Nisbet’s step’ after the 24-year-old striker made his Scotland debut from the bench against the Faroe Islands on Wednesday night.

Ross hopes that it will be the first of many appearances for his country after Nisbet joined an elite group who have played for both the Hibs and Scotland.

Scotland were 3-0 up at the time when Nisbet replaced Lyndon Dykes in the 68th minute, and Steve Clarke’s men went on to net a fourth through Ryan Fraser.

Nisbet did have the ball in the net, although his effort was flagged offside well before he slotted home, and he also picked up a yellow card late on.

However, that did little to dampen a memorable night for him and indeed Hibs, who have now seen 64 players capped for Scotland while on the club’s books.

Back in training ahead of Monday night’s Scottish Cup third round, Ross believes Nisbet’s inclusion has given everyone a lift.

“Obviously I’m really pleased for him and it means a lot,” he said.

“It’s a really significant achievement for him in his young career, and even just to be part of the squad would have been a great experience for him.

“He’s been back in training this morning and we can see that he’s very obviously got a spring in his step from his involvement last night.

“He’s been really bright and sharp in training this morning and hopefully he can take that into the games we’ve got left.

“For us, it’s also a great reflection on us as a club to have a player feature at that international level.”

All eyes are now on Monday night’s trip to Dumfries and a tricky Scottish Cup tie against Queen of the South.