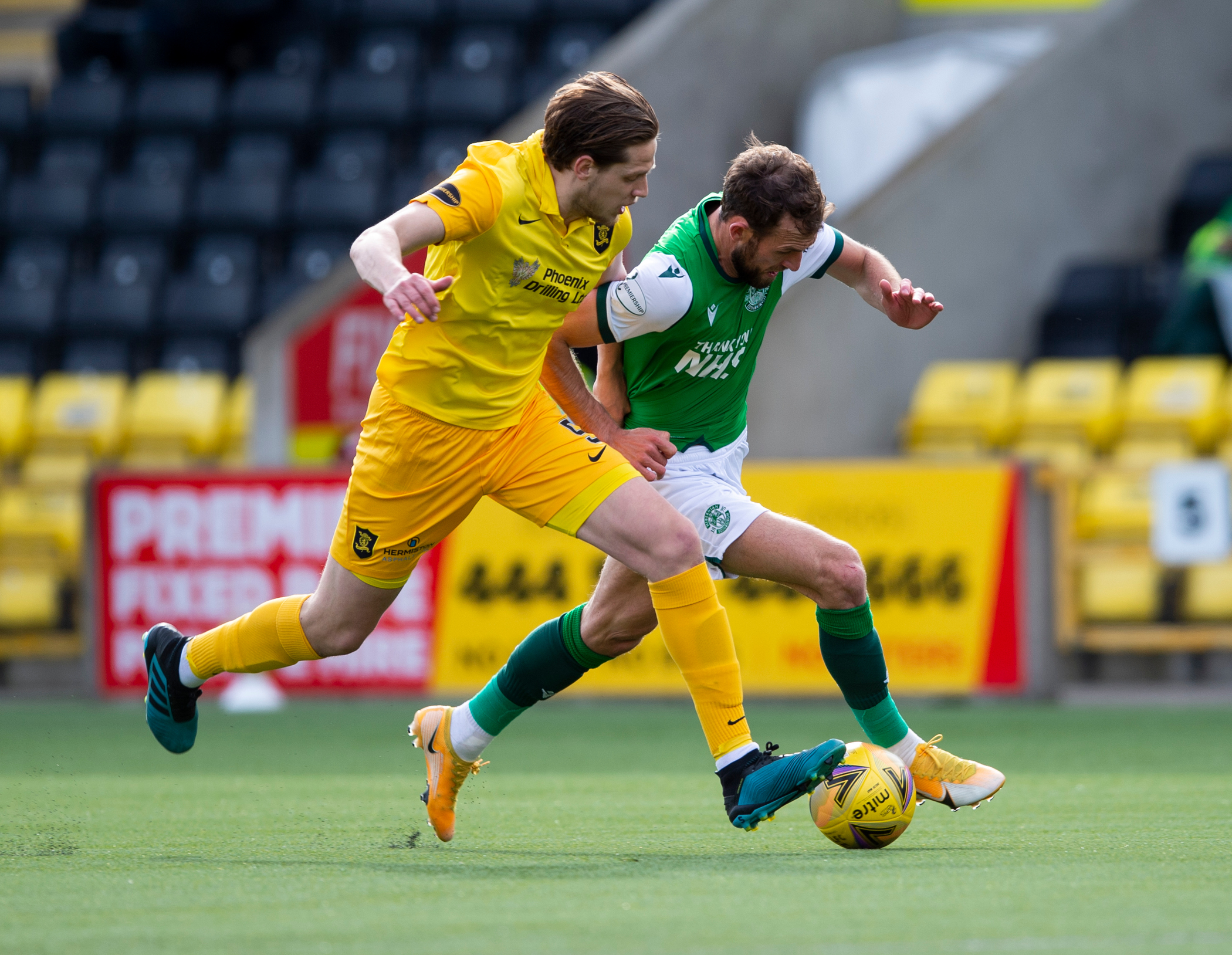 Hibs striker Christian Doidge was delighted to get back on the score sheet with the equaliser against Livingston two weeks ago but was frustrated that he has had to wait so long to get back on the pitch due to the international break.

The Welshman is known for going on goal scoring runs and was hoping to get back into action at the earliest opportunity but he is now determined to add to his tally against Queen of the South tonight.

Despite his prolonged ‘famine’, Doidge was happy with his performances and content that Head Coach Jack Ross shared his view.

Speaking at the pre-match press conference ahead of Queen of the South game, Doidge said: “I feel good, I’ve always felt good, even when I wasn’t scoring. The team was doing well and we are in a good position in the league so I can’t be too disappointed about not scoring many goals as I’d like.

“It was obviously a nice feeling to score and I wanted to go straight into another game but unfortunately we had to have some time off due to the international break but I’ll just have to get one on Monday.

“We have five games left in the league and hopefully we can go on a really good cup run and I can score some goals and go on that streak that I have done a few times before.

“The Scottish Cup is massive. Every year the manager tells us goals for season and it’s always about getting silverware. We fell short this year with the semi-final defeat but we are going to go one better this time.

“The gaffer (Jack Ross) speaks to us all the time. He’s a manager that likes to have one on one chats with the boys to see how they are doing and we’d always have a conversation about how I’d still play the majority of games from the start or if I wasn’t starting I’d always be probably the first sub so I knew that I’d always still contribute in games.

“I was still doing what he asked of me and he’d always say that the goals weren’t that important. We have players like Nizzy (Kevin Nisbet) and Boylie (Martin Boyle) who can find the net so sometimes he just sat me down and said listen, ‘I’m happy with your overall performance’. That was really precious to hear as I’m not sure many managers would stick with their striker if they hadn’t scored in that many games.”