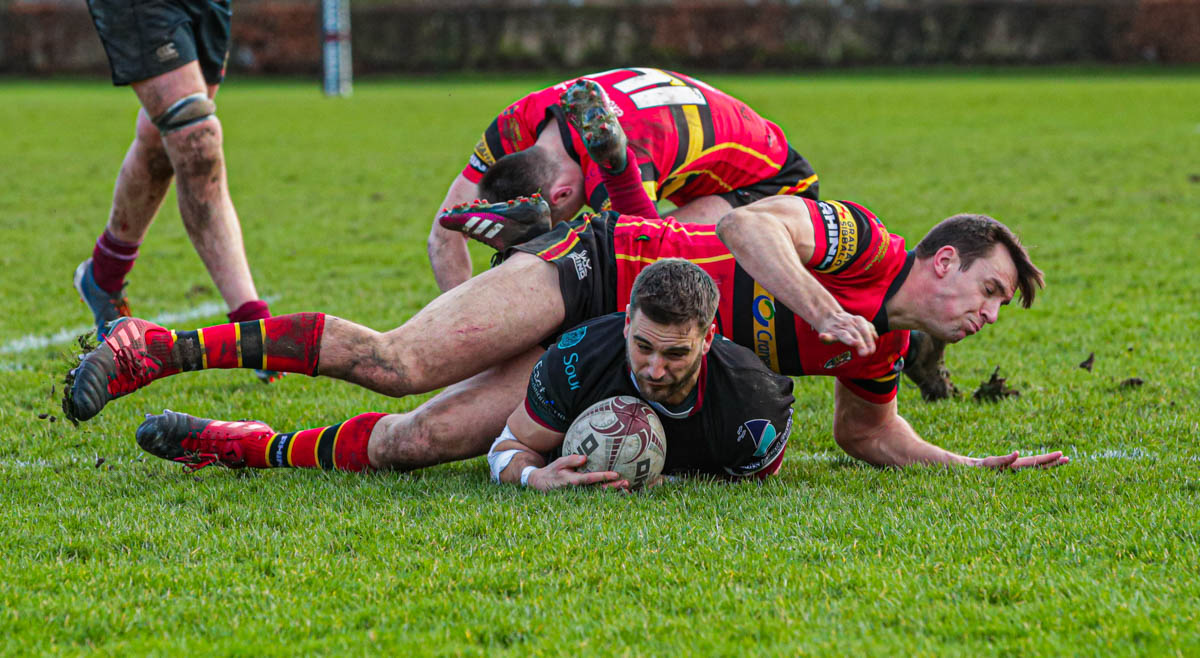 The programme for funding applications via The Royal Bank RugbyForce 2021 is now open. New for this year, grassroots heroes aged 18-35 from Scotland’s local rugby clubs are being encouraged to apply to become ‘Young Ambassadors’, as part of a fresh focus on the future for the upcoming season.

In a drive to get more young people into club boardrooms, the programme is working together with Scottish Rugby to appoint 10 Young Ambassadors onto the committees of their club, providing them with a £500 grant from Royal Bank to deliver a project of their choosing.

Winners will be selected from all five Scottish Rugby regions and will be picked based on how they would spend the grant as well as the great work they are currently delivering through their commitment to their local club.

The Young Ambassador projects will help clubs broaden their appeal in their local communities, build a legacy, improve the diversity of committees at the grassroots level and make positive societal change. Each winning candidate will also receive specialist training and mentoring to develop key skills for day-to-day club management such as financial and social media capabilities and guidance on how to help their clubs attract members.

Royal Bank RugbyForce will continue to provide vital funding to grassroots clubs across the country, recognising that many are facing unprecedented financial pressures in the wake of the pandemic. Since 2009, the RugbyForce programme has distributed more than half a million pounds, benefiting three-quarters of amateur rugby clubs in Scotland.

Last season, to support clubs that were forced to close due to the Covid-19 pandemic, Royal Bank developed a toolkit for grassroots clubs, including information and advice on remaining financially sustainable when operations had stalled. The toolkit also included guidance on the support available to clubs, as well as suggestions to safeguard for the future.

Scotland international star, Jamie Ritchie, who began his career at Madras Rugby Club, Fife has shown his support for the campaign to get more young people involved at a top-level. He said: “Grassroots rugby is the heart and soul of our game and as professional players, we all know how vital local clubs are in ensuring the future sustainability of the game.

Away from the field, developing the next set of Young Ambassadors to take on that responsibility as community club leaders and role models is important as we look to grow our game and make rugby more accessible to as many people as possible. Rugby is for everyone and everyone should have a voice at their club.”

10 successful candidates, drawn from across the country, will be announced in July ahead of a Young Ambassador forum* later in the month, where ambassadors will have a chance to meet and share their experiences of the programme ahead of RugbyForce Weekend in August*, which traditionally sees clubs hold community fun days. Young Ambassadors will also be treated to a training programme and behind the scenes access to help their development in the role.

Malcolm Buchanan, Chairman, Royal Bank of Scotland, Scotland Board, said: “After an extremely challenging year for grassroots rugby across the country, we’re proud to be able to maintain our continued commitment to rugby in Scotland. Alongside the vital funding and practical assistance provided for clubs, this year we want to use Royal Bank RugbyForce as a catalyst for positive societal change through the Young Ambassador programme.

“Developing the next generation of community club leaders, ensuring greater diversity within grassroots committees and equipping clubs with the necessary skills to be truly inclusive and representative will be of huge benefit to the sustainability of rugby in Scotland”.

Applications for funding and Young Ambassador nominations are open now and can be made via the Royal Bank RugbyForce website at: https://www.scottishrugby.org/clubs-and-schools/support-for-clubs/rugbyforce