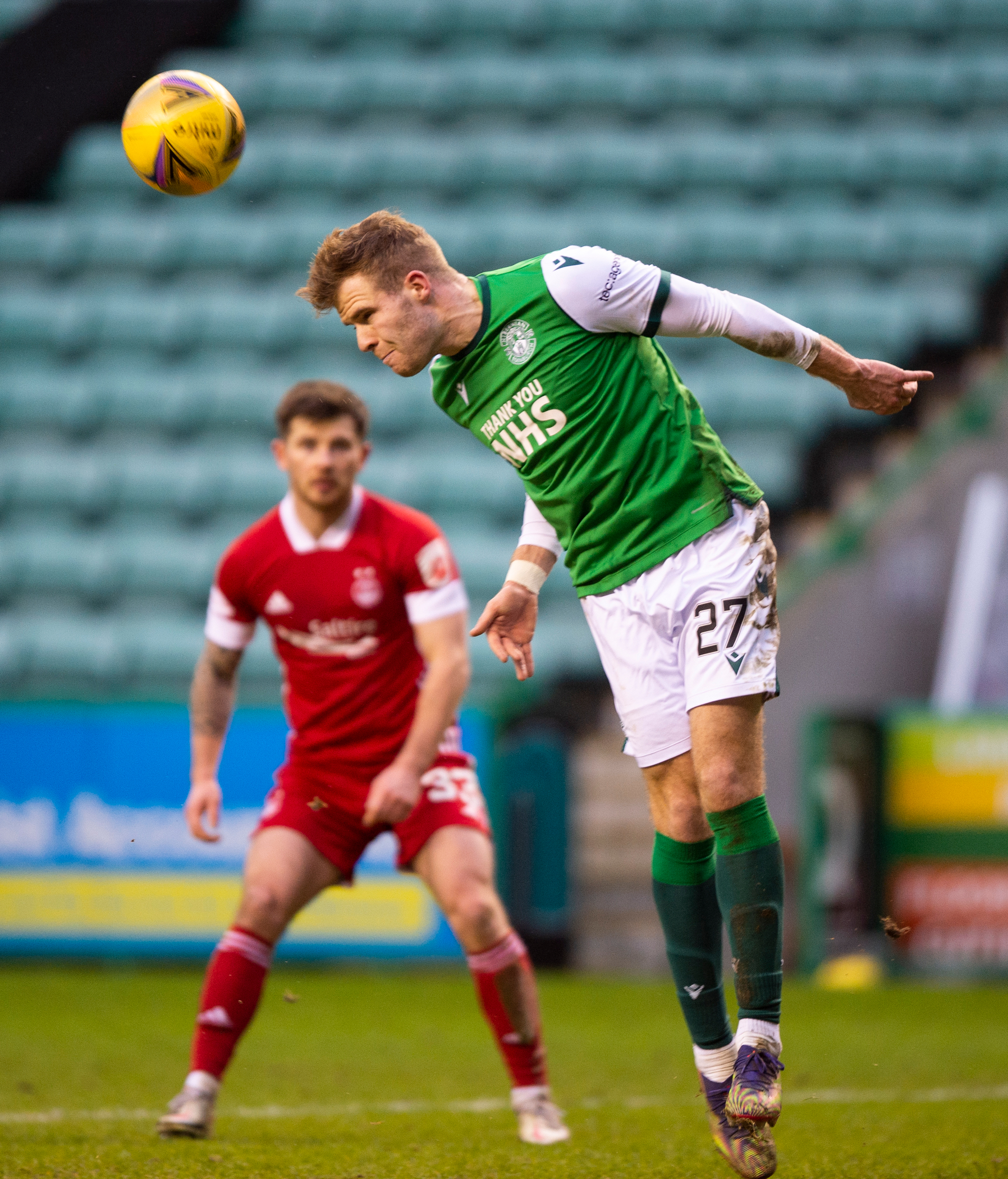 Hibs’ versatile wing-back Chris Cadden is delighted to be back in Scotland after a turbulent year in America during the coronavirus pandemic and he is determined to help the club finish in third place and bring back European football to Easter Road.

Speaking at the pre-match press conference ahead of today’s game against St Johnstone in Perth, Cadden said: “I’m absolutely loving it. It was a difficult year away with the coronavirus and everything but it’s great to be back at Hibs playing week in week out which is what I want and I’ve loved every minute.

“We’ve had a good February in term of results but with  the size of club that Hibs are, with the fan base, we should be up at the top end of the table challenging and getting into European competitions and that’s where our ambitions should be and that’s where the gaffer and the team want to be. So we will be fighting hard to get that third place.

Cadden’s performances have impressed the management and supporters so far but he knows that this will have to continue if he wants back onto the Scotland squad, having twice featured in the dark blue shirt for his country.

He continued: “It’s the pinnacle of your career for me and what I have always wanted to do, and I have managed to do it twice over in Peru and Mexico. It was a joy for me and I never thought twice about it. I just wanted to do it and it was probably the best moment of my career.

“Scotland has always been a goal and ambition that I have always wanted to do. To be able to do it twice has been amazing and hopefully I can do it more. That’s what I want to do.

“I want to play for my country, I think every player should want to do that and that’s my goal and ambition to do that again.”

He added: “I have been really, really pleased with him, first of all as a character and a personality. It was everything I expected from him after the homework we carried out on him, but his level of performance has maybe exceeded expectations just because he had a stop-start season last year with Columbus.

“So the fact he has not played regularly and has been one of our top performers in the past five or six games, I think he has more to show and I think he knows that.

“Because of the spells at Oxford and Columbus he has maybe been forgotten a little bit in terms of Scottish football because he was a really, really good young player at Motherwell. Hopefully we can give him the platform to show that again.

“I couldn’t be happier with him in terms of how he has performed and he still has improvement left as well.”