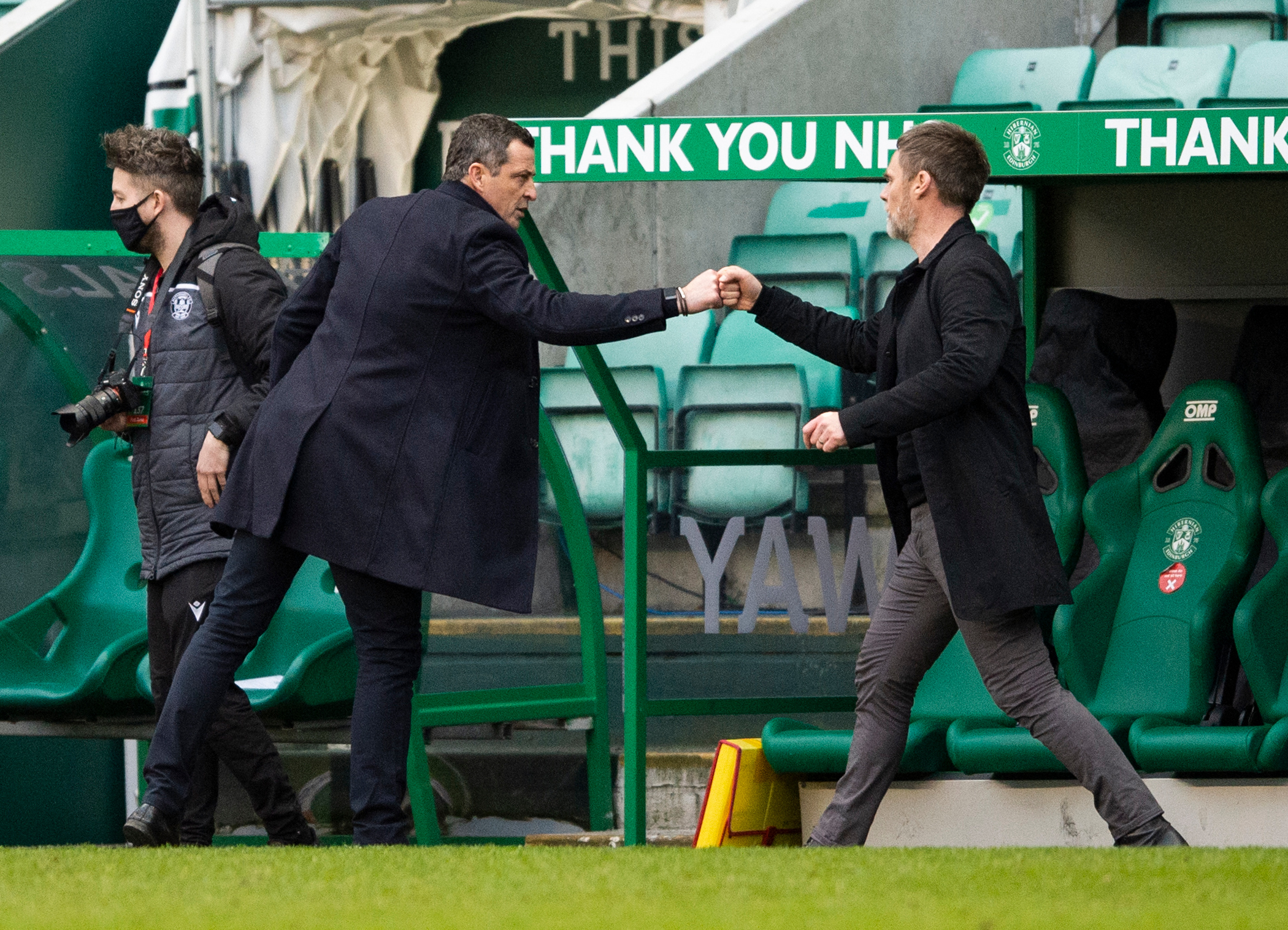 Jack Ross has praised Christian Doidge’s contribution to the team, despite his recent lack of goals.

The Welshman passed up two great chances to end the drought but Motherwell’s keeper Liam Kelly was on hand on both occasions to deny the striker.

Doidge last scored on December 15 in Hibs Betfred Cup win over Alloa Athletic and since then has gone 13-games without finding the net but Ross insists that he still plays a key role for the team who remain in third place, four points clear of Aberdeen with a game in hand.

They missed the chance to virtually wrap up third place yesterday after dropping all three points at home to Motherwell but they remain in pole position to claim European football next season.

After the final whistle Ross said: “It happens and he feels it because he’s a conscientious player and personality.

“He knows that, he’s not going to shy away from it, it’s our job to cajole and help our players through any challenging period and he’ll be fine. His all-round performance and contribution to the team is good.

“A lot of strikers are streaky in terms of the runs they are on, where they feel good in front of goal and other times where they have frustrating periods.”