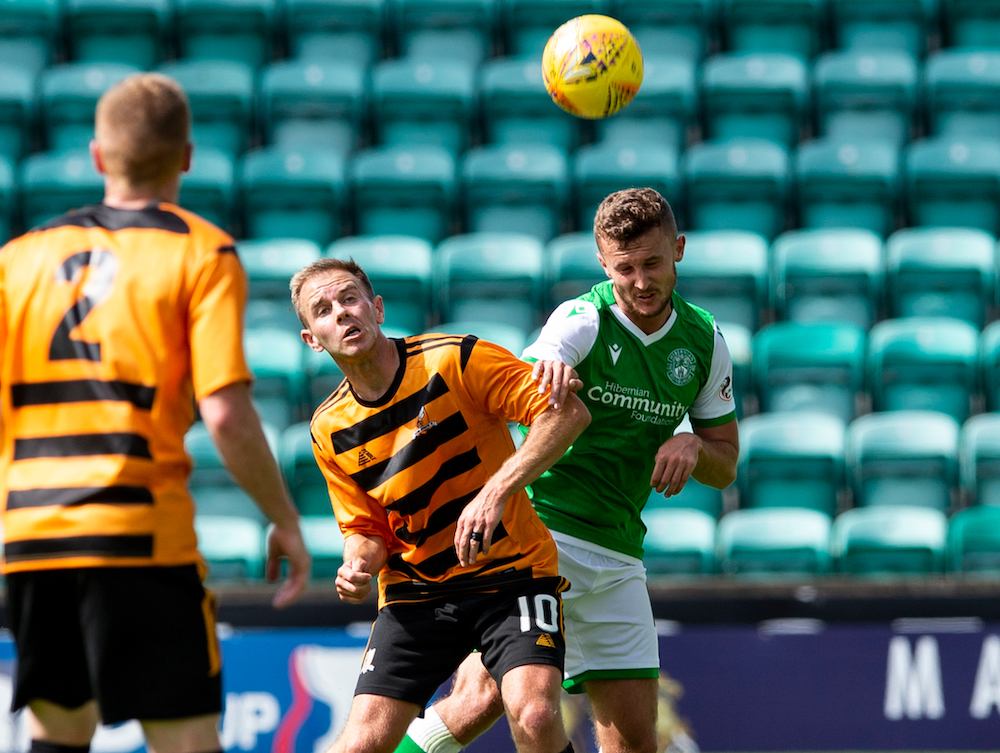 Hibs full-back Tom James is determined to play as many games as possible for Salford City between now and the end of the season and is hoping to help the club to promotion to League 1.

James joined Hibs from Yeovil during the Paul Heckingbottom era but found his first team opportunities limited following the arrival of Jack Ross.

With Paul McGinn having made the position his own and David Gray in reserve, James elected to join Wigan Athletic on loan at the start of this season and proved an instant hit with the fans however ‘behind the scenes’ issues have resulted in him moving to Salford City on-loan for the remainder of the campaign.

They were crowned NPL Division One North champions in 2015, won the NPL Premier Division play-offs in 2016, and won the National League North title in 2018. This success was followed further in 2019 with promotion to the English Football League (EFL) after winning the 2019 National League play-off final, this time under the stewardship of current Motherwell manager Graham Alexander.

James told Salford FC Media: “It all happened pretty quickly. I knew about a week ago that Salford were interested.

“I’ve been at Wigan since the start of the season and there was a lot of stuff going on there behind the scenes but I just went there to play football.

“I think I got 20-odd games there which is exactly what I wanted. I was pretty happy about how I did as well.

“Everyone knows what direction this club (Salford) is going in with the backing of the owners and how they have done in the last couple of years and how they are doing at the start of this season, being so far up the league and it was a challenge for me to come in and try my best here.

“I like to think I am attacking full-back and am versatile. I can play on either side, but I’m mainly a right back who likes to get forward and nick a few goals along the way.

“I spent two and a half years at Yeovil and played a lot of game and I’m hoping that playing all those games in League 2 will help me with experience in this league.

“I’m hoping to personally play as many games as possible and keep improving week to week but as a team we are looking for promotion. We are only a couple of points off the top at the moment and if I can help out in any way then that’s good.”